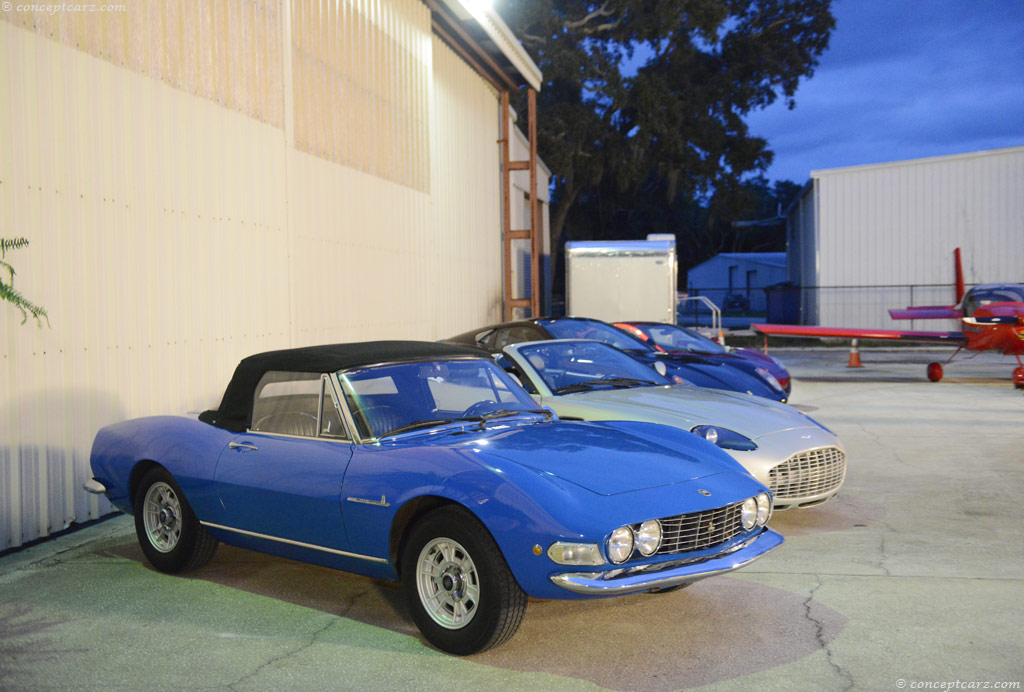 In 1966 at the Turin Motor Show, Fiat introduced their Dino Spider. It was built in cooperation with the Ferrari Company, helping them achieve the necessary production numbers to homologate Alfredo (Dino) Ferrari's V6 engine for Formula 2 competition. A minimum of 500 examples was required. Ferrari was not in a situation to produce this many cars, as they were generally a low production, exclusive company; they joined forces with Fiat to create three different vehicles, a coupe and Spider Fiat version, and the Ferrari Dino 206. The V6 engine would be used by Ferrari for their road-going mid-engined cars, while Fiat used them in their front-engined, rear-drive sports vehicles. Fiat's production of the Dino began in 1966 and continued until 1973. A coupe version was shown at the Geneva Motorshow in 1967 with production commencing a short time later.

The V6 engine originally displaced 2-liters and produced 160 horsepower. Later, displacement size rose to 2.4-liters and horsepower followed a similar suit, rising to 180. The Dino was a sporty car, with its five-speed gearbox, live axle, and leaf springs, which were later replaced with coil-springs and an independent rear setup similar to the Fiat 130.

Pininfarina bodied the spiders while Bertone was responsible for the coupes. The Bertone-bodied-cars had classic-1960s designs with rounded shapes and subtle hints of the 1970s, most noticeably in the tail section.

1966 was the first year of the front-engined Fiat Dino - two body styles a Coupe and an open Spider - and it came with the Ferrari 'sponsored' but Fiat assembled V6 of 2-liters. It waited until 1969 to be enlarged to 2.4-liters. Pininfarina designed ....[continue reading]