Suggested vehicles
Specification comparison
Related news
As the successor to the coveted Silver Ghost, Rolls-Royce buyers had high expectations for the original Phantom. When it was brought to market in 1925, the Phantom had no problems living up to the high standards of its intended customers. It was an excellent car of unrivaled quality that continued the traditions of Rolls-Royce while introducing a name that would eventually carry the company into a new century.

The latest Rolls-Royce Phantom is the seventh model to come from Rolls-Royce under the Phantom name. A thoroughly modern car introduced by a BMW-owned Rolls-Royce, the newest Phantom has all of the high-tech features its wealthy clientele could ever want. Its advanced V12 engine and modernistic design mark departures from the staid engineering and subtle styling of Rolls-Royce models before it. It's difficult to believe that just 12 years before the radical new Roller was released, the last of the old-style Phantoms were being produced. The antiquated Phantom VI reached the end of its run in 1991, an incredible fact given that the model could trace its origins back to the Phantom V of 1959.

Also for 1959, Rolls-Royce introduced a new Phantom model. Called the Phantom V, it was a substantially more modern car than its predecessor. Though H.J. Mulliner and Park Ward were now both under control of Rolls-Royce, not everybody was built in-house by them. There were 195 Phantom V bodies built by the James Young Company and styled by James Young employee A.F. McNeill.

The rest of the car was less advanced than the new engine and drivetrain. The suspension was a conventional layout with coil springs in front and leaf spring out back. Body-on-frame construction was used. The styling was traditional, using rear suicide doors that allowed entrance to a roomy and opulent rear seat with the familiar look and feel of the rest of the interior. A design update in 1963 used revised front fenders with two headlights each. A more powerful engine was included with the facelifted cars. Production lasted through 1968, by which time 516 Phantom V vehicles had been produced.

Originally outfitted with the 6,230cc engine of the Phantom V, the Phantom VI had its twin SU carburetors replaced with a single Solex carburetor in 1975. Its displacement was enlarged to 6,750cc in 1979 when it was given an engine based on the Silver Shadow's. For 1982, the engine of the Silver Spirit was adopted, sharing the 6,750cc displacement. The cars had become outdated, but they still trickled out slowly to privileged buyers. The use of drum brakes at all wheels continued in defiance of technology, and the four-speed transmission that seemed so advanced on earlier models was strangely replaced by a three-speed unit in 1979. The Phantom VI became the last Rolls-Royce to have a separate chassis as it limped and wheezed its way into the early 1990's.

With so few produced and with such a high price tag, the Rolls-Royce Phantoms of 1959 to 1991 were made for a very special type of customer. Celebrity seemed a prerequisite for owning a Phantom. Queen Elizabeth II had a Phantom V, and her mother owned one as well. The king of Norway used his 1962 Phantom V limousine as an official car. The governor of Hong Kong had one for ceremonial purposes. John Lennon purchased a new, white Phantom V. He proceeded to have it covered with psychedelic paintings, turning it into one of pop culture's most vivid and expensive pieces art. The owners of the Phantom VI were no less remarkable. Rolls-Royce understood the kind of customer base it had with the Phantom models and offered an armored version of the Phantom VI for higher-profile buyers that wanted added protection.

'Phantom 5,' 'Phantom 6.' Rolls-Royce Phantom Web.10 Aug 2009.By Evan AcuñaUnlike the Phantom IV, the later Phantom V and VI coach-built cars were available to anyone with the money to buy them. As well as heads of state and royal families, the Phantom was chosen by the newly wealthy: among the more famous owners of a Phantom V was Beatle John Lennon.

It was produced from 1959 to 1968 and mechanically mirrored the V8 Silver Cloud II. Some 516 examples were built.

The Phantom VI, which stayed in production from 1968 right through to 1991, was built in small numbers - 373 - and was a mild evolution of the Phantom V.

Interestingly, some early examples had rear-hinged coach doors. It was to be some three decades before technical advances allowed the current Phantom to bring the elegance of coach doors back in complete safety.Source - Rolls-Royce Motor Cars Limited
The Rolls-Royce Phantom V was introduced in 1959 with a huge wheelbase of 145 inches, and a markedly rigid and strong chassis. A total of 516 of these models were produced during its production run until 1968. The Phantom V was based on the Silver Cloud II and shared its V8 engine and the automatic gearbox to GM's Hydra-Matic design. The chassis was the same as the Silver Cloud's layout, but it was lengthened and strengthened significantly by massive reinforcements. The front and rear track were also improved by greater dimensions. The overall length of the Phantom V was increased by 10 inches in comparison to the Phantom IV. Measuring 19 feet long, the Phantom V weighed three tons.

Manufactured in 1965 by the Rolls-Royce Motor Cars Limited, Crewe, Cheshire, the Phantom 5 was fitted with a limousine body by Mulliner Park Ward. The Phantom V received the 7% more powerful Silver Cloud III engine in 1963 along with new front winds that incorporated twin headlamps.

The Phantom V was placed at the top of the Rolls-Royce hierarchy. An ultra-luxurious Rolls-Royce model, the Phantom V came with drum brakes and featured a wheelbase of 3,683 mm. The featured engine was a 90 degree V8 with a capacity of 5,230 cc and twin SU carburetors with a 4-speed automatic transmission. 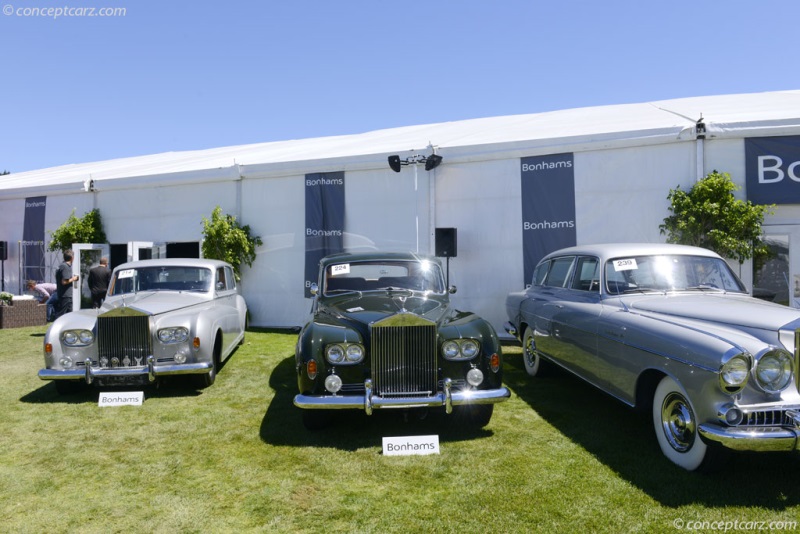 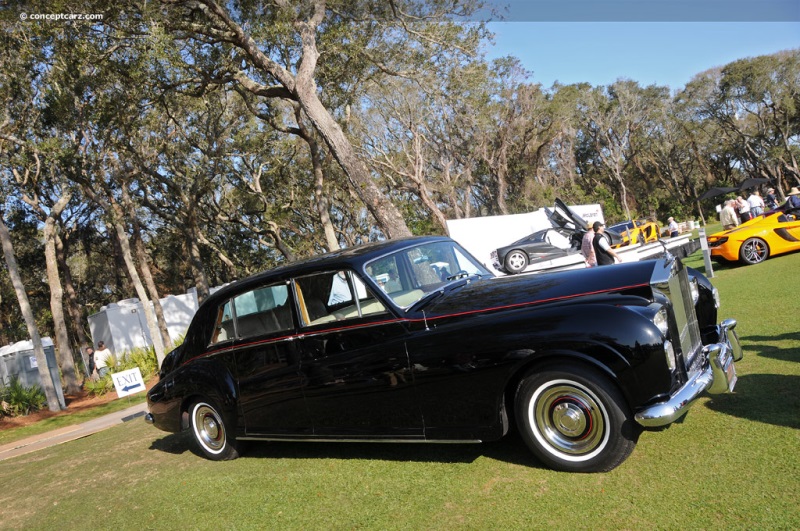 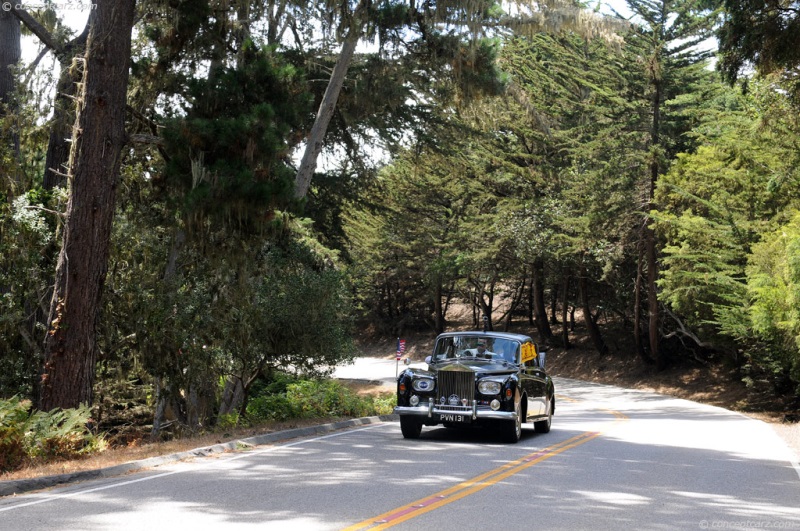 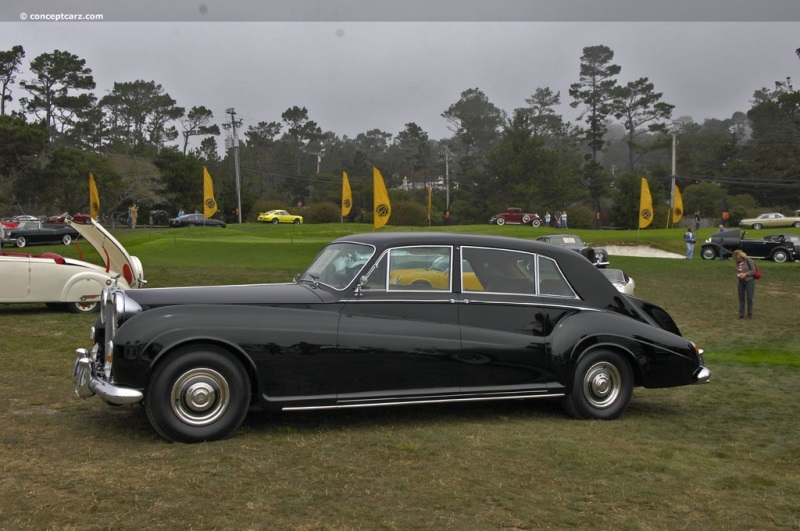 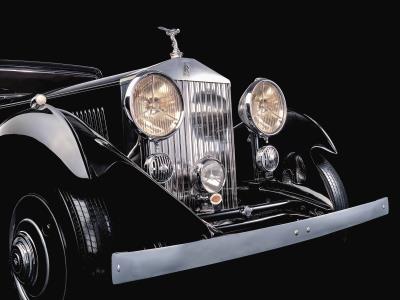