General Motors revealed the Chevrolet GPiX crossover coupe concept today at the 25th edition of the Sao Paulo International Auto Show. The Chevrolet GPiX concept was developed by General Motors Design in Brazil and represents a potential new segment for GM in the Mercosur region.The GPiX concept features a two-door body style with high ground clearance appropriate for the types of roads and conditions found in emerging markets. 'It offers the sporty design and versatility necessary for a country with the continental dimensions of Brazil,' said Carlos Barba, General Director of Design for GM Latin America, Africa and Middle East.GPiX also combines Chevrolet's global design 'DNA' with the cost-benefit proposition necessary to compete in today's emerging markets. Jaime Ardila, President of General Motors Brazil and Mercosur said, 'with this project, the Chevrolet GPiX concept could result in the development of many models for Brazil and the Mercosur region.'Dynamic and daring design

The GPiX concept draws attention with its strong profile and a lateral waistline that exudes dynamism. Its daring front end is highlighted by the famous Chevrolet gold bowtie in the front grille and LED headlamps. The 17-inch mixed-use wheels and tires add a rugged look to the crossover coupe. And, the panoramic glass roof provides maximum light in the passenger compartment and increases the sensation of space.Versatile on the inside with space for four

The GPiX concept stands out even more for its versatility and technology. Its interior is functional with seating for four. All seats fold and the floor panel is flat, which increases spaciousness.
The instrument panel has a modern design, with easy-to-read digital displays. The multifunctional steering wheel has a completely new design and is made for total driver-car interaction. The driver can easily use the connectivity and entertainment systems available, such as Bluetooth, hand-held computers, CD player and MP3 player, among others.It also includes features that customers have come to expect in production Chevrolet vehicles offered in Brazil, such as air conditioning, power steering and power windows.The name GPiX is a pseudonym for Global Image. 'G' for global and 'Pix' meaning 'picture' or 'image'.GM Design Center in Brazil

GM's Design Center in Brazil is one of 11 GM studios around the world. Its facilities are being expanded to meet increased responsibilities in the GM global development process.GM is investing ÚS$ 36 million to expand the facilities, acquire new and more modern equipment and hire new professionals. When complete, the GM Design Center in Brazil will triple in size from 3,000 sq. m. to 9,150 sq. m. and the staff will increase from 79 to 190 professionals.The Design Center, which was already one of the most modern in Brazil, will also add next generation equipment to its '3D' virtual reality facility to become the most advanced studio in the country and on par with any automotive design studio in the world.Source - GM 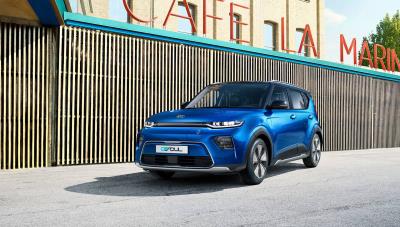 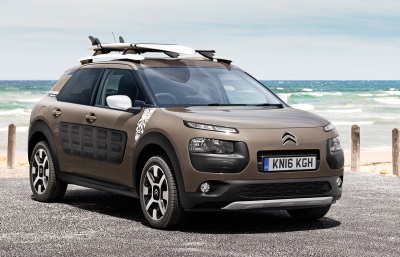 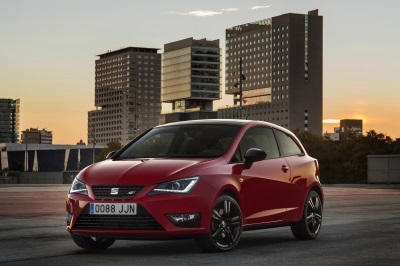 Two major changes for New Ibiza CUPRA new 1.8 TSI engine in place of former 1.4, plus six-speed manual gearbox instead of DSG Outstanding performance, thanks to power increase from 180 PS to 192 PS...
© 1998-2020. All rights reserved. The material may not be published, broadcast, rewritten, or redistributed.