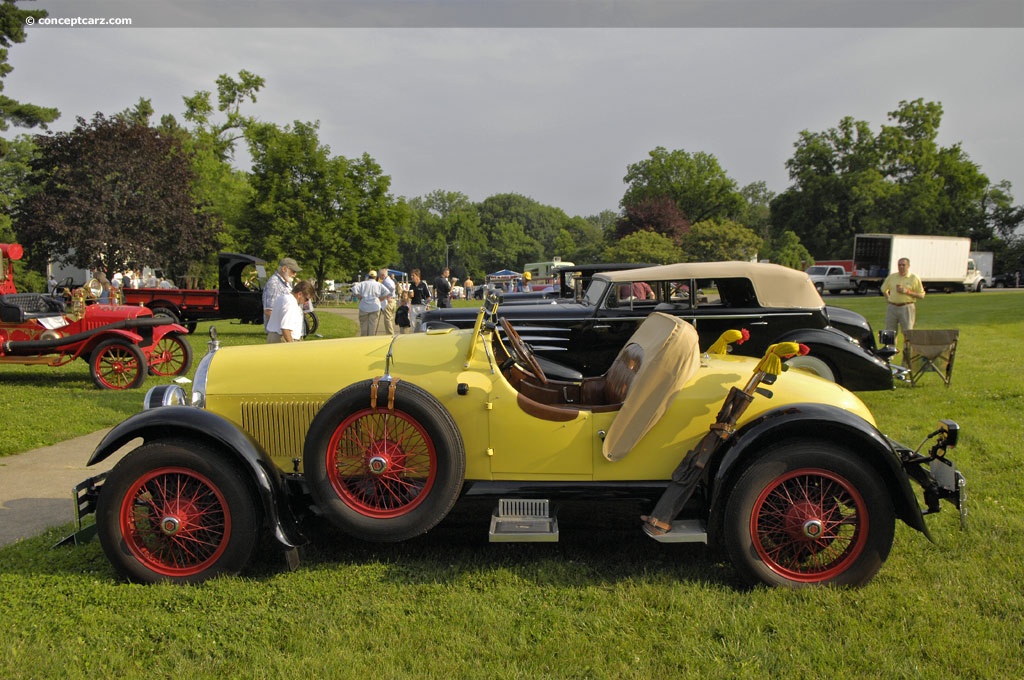 Another famous Kissel car was the All-Year featuring a removable hardtop, glass windows, and curtains. Among its innovations was the illuminated instrument panel, the technology they claimed to have created.

The Great Depression was responsible for the demise of the Kissel Automobile Company. In 1935 the company was reorganized and named Kissel Industries where they produced motors for Sears, Roebuck, and Company. In 1942 George Kissel passed away and the company was sold to West Bend Aluminum Company.
By Daniel Vaughan | Jul 2009

This 1925 Kissel Goldbug Speedster Model 8-75 was built special at the Kissel factory in Hartford, WI, with step plates instead of running boards. It has factory installed golf club holders. There are less than six known to exist.....[continue reading]