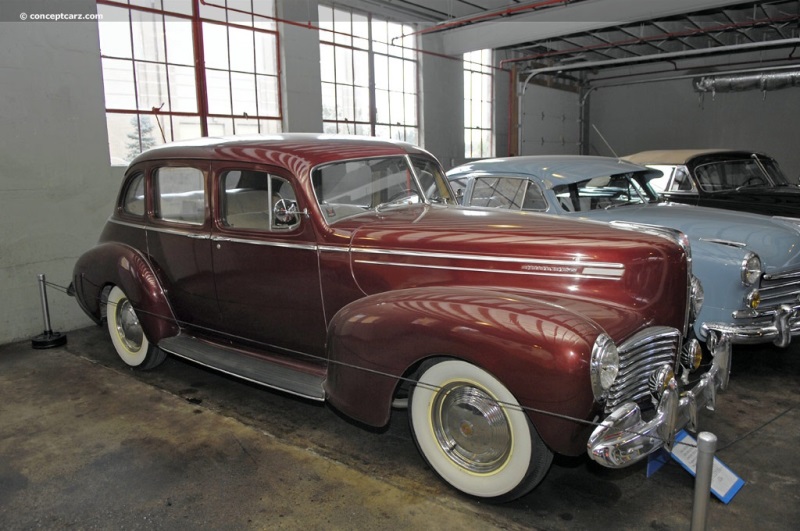 As the United States was entering World War II, the American automobile production was beginning to come to a temporary halt to focus on war-time production. The 1941 Hudson DeLuxe Six came in two series, the 10T and the 10P. Both were built on the same wheelbase which measured 116-inches and both were given many other similarities. The differences between these two came down to the list of features and amenities. The 10P rode on larger, 16 x 6.00 tires and were given gray or tan colored broadcloth upholstery. Other differences included bumper guards, rear seat ash trays, front arm rests, front window vent panes and wood grained dash.The 10T and 10P were available in several two-door configurations including a Coupe, Club Coupe, and Touring Sedan. Both 10P and 10T could be purchased as a four-door touring sedan. The 10P had one additional bodystyle, the Convertible Sedan, which sold for over $1,060, the most expensive DeLuxe Six of the time.
By Daniel Vaughan | Jul 2009