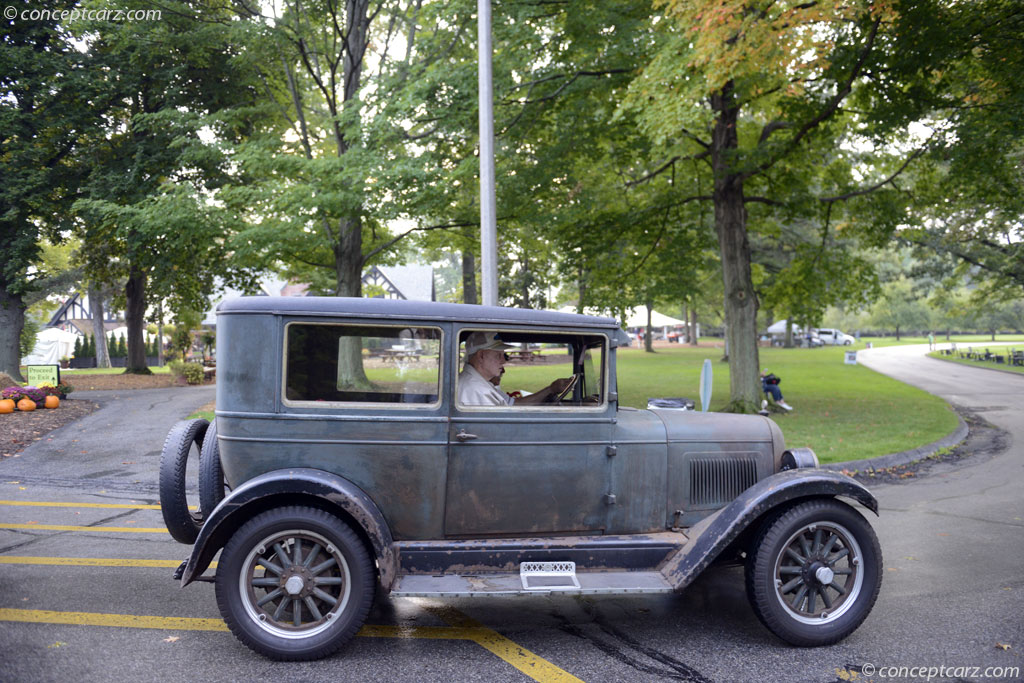 The Whippet marque was introduced in July of 1926 as a 1927 model and was Overland's successor. In comparison to the equivalent four-cylinder Overland, the Whippet was 200 pounds lighter and rested on a wheelbase that was a quarter inch longer. The engine was more advanced, smaller, and produced the same amount of power. It featured advantages such as full-pressure oiling and pump-circulated cooling. It was a very durable and sturdy engine that would eventually be used in the Jeep vehicles more than a decade later.

The Whippet vehicles quickly became a very successful, popular and high selling vehicle. In 1928 a six-cylinder engine was added to the line up increase the vehicles versatility and catering to a wider demographic of buyers. In 1928 they were the third-best-selling marque and lost out to Essex by a small margin in 1929.
by Daniel Vaughan | Oct 2009

Built by the Willys-Overland Corporation of Toledo, Ohio, the Whippet was aptly named - it was small and swift. Introduced in 1926, it was America's smallest car, with a 100.25-inch wheelbase. Two engines were available, a four and a six. The Whip....[continue reading]