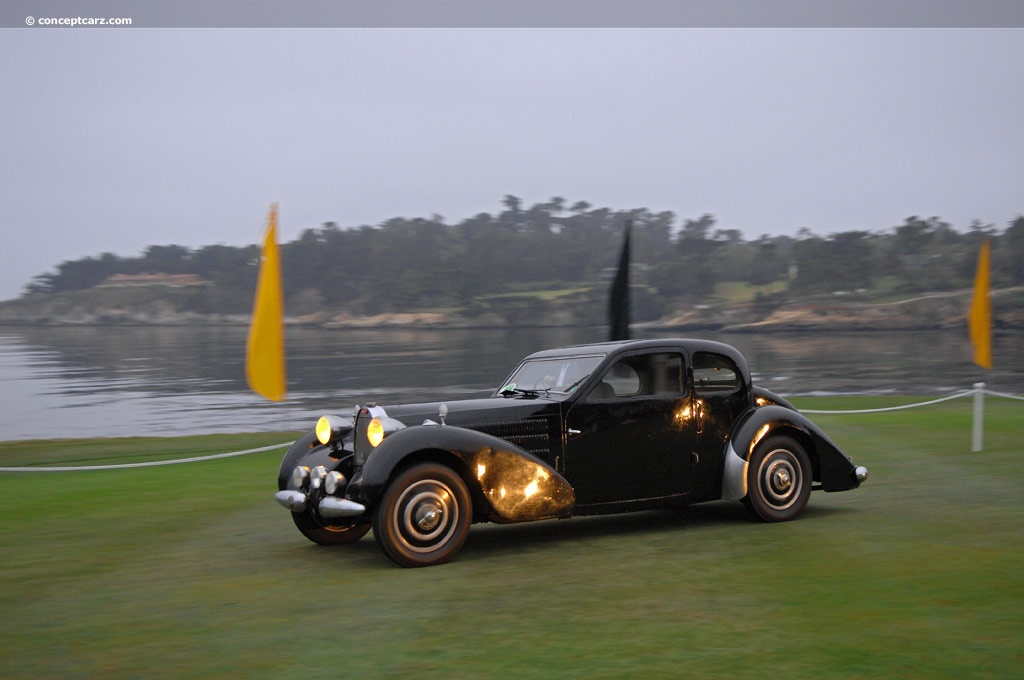 This Type 57C Ventoux Coupe is a rare car, having received a factory-fitted supercharger in its early life. It differs from other Ventoux due to the addition of Atalante-type front fenders. The first owner was Prince Wilhelm of Sweden, a colorful cha....[continue reading]