Many of the Camaro accessories can be ordered through Chevy dealers for installation at the time of the vehicle's purchase. This allows customers to personalize their cars to their exact wishes, with installation handled by the dealer and the cost rolled into the monthly payments.

In addition to the Camaro contingent, Chevrolet is also showing the Silverado ZR2 concept and an accessorized Corvette Grand Sport at SEMA. Here's a closer look at each of the concepts:

Silverado ZR2 concept
At a glance, it's clear the Silverado ZR2 concept wasn't designed to haul flowers back from the nursery. With its widened body, tall stance and powerful LS supercharged engine, it is ready to hit the berms, dry washes and gullies of the Baja Peninsula.

The Silverado ZR2 is based on an extended cab/short box body. The custom bodywork includes carbon fiber fender flares that stretch outward to cover the 35-inch-tall Goodyear Wrangler off-road tires and widened stance. Much of the truck's body is made of carbon fiber, including the front fenders, extractor-style hood, rocker extensions and tailgate, which features large, debossed CHEVROLET lettering as a nod to Chevy trucks of the past.

The pickup box, which is protected with a spray-on liner, features a unique locking storage system mounted to the extruded aluminum Cargo Management System rails from Chevy Accessories.

Many of the carbon fiber parts, including the hood, are clear-coated, rather than painted, to show off the intricate weave pattern of the high-tech, lightweight material. The parts that aren't clear carbon fiber are painted Dune Metallic, a color that blends with the desert terrain. A large, more prominent grille is also part of the package and is a vision of what designers would like to see in a production or accessory part. It is very functional, feeding cool air to the 550-horsepower LS supercharged crate engine from GM Performance Parts.

The interior features more carbon fiber details on the dash, along with black leather and suede-trimmed seats with contrasting stitching to those trail runs more comfortable.

'There's more to this concept than meets the eye,' said Dewar. 'Some of the components are being explored for possible inclusion in upcoming models.'

The Jay Leno Camaro
Powered by a twin-turbocharged version of the 3.6L direct injected V-6 that is standard in Camaro LS and LT models, Leno's Camaro blends high performance with surprising efficiency in a racing-ready package. A pair of Turbonetics T-3 turbochargers blows through a custom air-to-air intercooler, force-feeding the engine about seven pounds of boost and lifting its horsepower level to about 425. That's about 40 percent greater than stock and in normal driving (when the turbochargers aren't making boost), there's virtually no penalty in fuel economy over the non-turbocharged 3.6L engine.

'Jay's Camaro offers style, performance and efficiency in a big way,' said Dewar. 'It delivers the power of a Camaro SS on demand, but with the fuel economy of a V-6.'

Supporting upgrades for the turbo system include a larger-capacity Be-Kool radiator and a custom exhaust system, as well as a Centerforce-supplied clutch and pressure plate for the six-speed manual transmission. (posted on conceptcarz.com) The tubing for the turbo system is powder-coated blue. The powertrain was designed to deliver consistent, controllable power for both the street and race track. In fact, road racing was a primary mission for the car during its development.

The exterior styling of Leno's car is the most radical of all the Camaro concepts at SEMA. The front fascia and hood are one-off creations, as are the unique upper and lower grilles and the ground effects package (including a rear diffuser). The heritage-inspired vent styling in front of the rear wheels has been replaced with functional brake cooling ducts.

Camaro Synergy
The Camaro Synergy concept previews a new Synergy Green production exterior color that will be offered on a special-edition Camaro in the first half of 2010. It also features a host of the latest Camaro accessories offered through Chevy dealers. They dramatically enhance the performance appearance of the car, demonstrating the personalization possibilities open to Camaro owners. Designers took liberties with the accessories, creating a totally unique package. Details include:

• 21-inch wheels, with a black center finish and polished rim

The ground effects include pronounced rocker moldings, a rear diffuser-type styling piece and a front spoiler. They, along with the rear wing spoiler and rally stripes, are finished in the production Cyber Grey color, although the ground effects and spoiler can be painted to match the exterior of the car. The Rally stripes are adhesive-backed and are offered in grey, black or white. They're part of a broader range of heritage-inspired graphics that also include 'hockey stick' stripes for the front fenders.

Chevy designers further enhanced the concept with a Pedders coil-over lowering kit and a set of large, Brembo brakes, as well as color-coordinating the Jet Black interior with Synergy Green accent stitching, piping and other accents. The lowering kit, brakes and interior accents are not among the accessories offered for the Camaro, but represent common and popular aftermarket upgrades. Chevrolet will gauge public interest in the features for possible inclusion in future accessory offerings.

Camaro Chroma
It looks like the custom creation of a tuner shop, but the Camaro Chroma simply demonstrates how carefully selected accessories available through Chevy dealers can create a look like nothing else. The Camaro Chroma is based on an SS/RS model in Summit White and uses a combination of current and not-yet-released components, including:

Inside, the black-and-grey leather seats feature red accent stitching, as do the shifter boot, floor mats and door trim. Accessory inserts for the dashboard and door panels (in silver) are also included as available accessories.

Camaro Dusk
Inspired by the style of young, urban professionals, the Camaro Dusk concept rolls with a contemporary tuner aesthetic. It is understatedly aggressive looking, with a lowered ride height, new 21-inch wheels, the rear spoiler from an SS model and a custom ground effects package.

'This is a car with an international flair, bringing the Camaro to a place it hasn't traditionally been,' said Parker. 'It is a very tailored look that is stylish and sophisticated, but with a distinct American accent.'

The ground effects package includes a racing-inspired front splitter, rocker extensions and a rear diffuser. They are prototype parts that may enter production as dealer-available accessories at a later date; the same goes for the 21-inch wheels from BBS. Many of the details, such as the taillamp and fog lamp bezels, match the finish of the wheels, lending a more premium look to the car.

The Camaro Dusk's body is painted Berlin Blue, while the ground effects are painted a contrasting color. Additional performance items include the exhaust system and Brembo brakes from a Camaro SS (with painted calipers). The interior is trimmed in stylish Jet Black and Sedona, with complementing features including footwell lighting, premium door sill plates and other details.

Camaro Graphics
Camaro designers dreamed up half a dozen proposals for accessory graphics packages, with the intent of soliciting feedback from Camaro enthusiasts for possible production. Chevrolet then launched the graphics campaign in mid-October, asking Camaro fans on Facebook to pick their favorite design.

The top four designs were produced and brought to the SEMA Convention, where a Silver Ice Metallic Camaro will wear each contender on a different day. At the conclusion of the convention, after thousands of enthusiasts see the graphics on the car in person and on Facebook, another round of voting will occur. The top vote-getter will be considered for future production.

'Camaro has thousands of fans on the various social media sites and this is a great way to demonstrate that Chevrolet is connected to our customers,' said Dewar. 'With so many great designs to choose from, we're sure the voting will be close, but whatever the outcome, the real winners will be the customers who personalize their Camaro with the winning graphics package.'

The Camaro Graphics display vehicle will be located prominently in the GM display during the SEMA Convention, starting on Tuesday, Nov. 3, 2009. At the close of the convention each day, the graphics package will be changed.

All of the proposed graphics packages can be viewed and voted on by logging onto Camaro's Facebook page: www.facebook.com/chevycamaro.

The Grand Sport accessories are expected to go on sale in early 2010. They're available through any Chevrolet or other authorized GM dealer.

About Chevrolet
Chevrolet is one of America's best-known and best-selling automotive brands, and one of the fastest growing brands in the world. With fuel solutions that go from 'gas-friendly to gas-free,' Chevy has nine models that get 30 miles per gallon or more on the highway, and offers three hybrid models. More than 2.5 million Chevrolets that run on E85 biofuel have been sold. Next year, Chevrolet will soon offer the Volt, an extended-range electric vehicle scheduled for production in late 2010. Chevy delivers expressive design, spirited performance and provides the best value in every segment in which it competes. More information on Chevrolet can be found at www.chevrolet.com.Source - Chevrolet 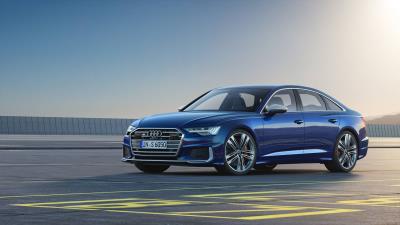