Throughout the tournament, everyone had the chance to admire Bentley Motors' alluring new model, the Bentley GT Speed. This coupe has the distinction of being the most powerful car yet to be produced by the British company, with an impressive 610PS delivered by the renowned twin-turbocharged W12 engine from the regular Continental. The acceleration from 0 to 100 km/h in just 4.5 seconds easily places the GT Speed in the select class of high-performance sports cars, with a stunning maximum speed of 326 km/h.

This latest addition to the Bentley family was designed closely along the lines of the Continental GT and has received great praise for its distinctive muscular, elegant form. It has enhanced the concept of the contemporary GT coupe, with an eye to the future yet loyal to the legacy of Bentley design. The style of the GT has aroused great interest among customers. Bentley has created a car worthy of becoming a design icon of our times.Source - Bentley

- The most powerful production Bentley ever and the first to top 200mph.
- Inspired by Bentley's legendary ‘Speed' models of the1920s.
- A harder-edged, more sporting Bentley driving experience.
- Builds on the success of Bentley's iconic Continental GT coupe.

The Continental GT Speed is the most powerful production Bentley ever and the first to top 200mph (322km/h). A potent addition to the company's highly successful Continental series, the GT Speed extends the appeal of the Continental GT coupe to driving enthusiasts who place a high value on outright performance and agile handling.

The exterior style of the new Continental GT and GT Speed models is defined by a wider, lower air intake and more upright radiator grille that also provide increased airflow to the more powerful GT Speed. Its 600bhp (610PS) W12 engine develops 15 percent more torque and nine percent more power than the standard Continental GT, while engine efficiency is optimised by the use of lower friction, lighter-weight components and a new engine management system. The resultant performance is exceptional, with a top speed of 202mph (326km/h), a zero to 60mph sprint time of just 4.3 seconds (0-100km/h in 4.5s) and effortless overtaking capability.

Inspiration for the GT Speed came from the legendary ‘Speed' models that first appeared in 1923. The standard Bentley 3-litre had already established Bentley's engineering superiority in terms of roadholding, handling and braking, but W.O. Bentley, the company's founder, recognised the market potential for a more potent version aimed at the enthusiast driver who demanded superior performance. His response, the 3-litre ‘Speed Model', complete with twin SÚ carburettors and a higher compression ratio engine, became one of the most coveted of all Bentleys.

Both the GT Speed and the 552bhp (560PS) Continental GT benefit from internal efficiency improvements to deliver reduced fuel consumption and CO2 emissions. The Continental GT remains outstandingly quick – its top speed is unchanged at 198mph (318km/h), with a 0-60mph sprint time of 4.6 seconds (0-100km/h in 4.8s).

The all-wheel drive Continental GT changed the face of the luxury coupe market and attracted a wider audience to the Bentley marque. It also represented the first step in Bentley's renaissance, positioning the company at the pinnacle of both technology and consumer aspiration. Since its launch, demand for a sportier version of the Continental GT was met by the successful introduction of the 2005 GT Mulliner Driving Specification and the limited edition GT Diamond Series in 2006, to celebrate 60 years of Bentley at Crewe. Now, with the launch of the Continental GT Speed, customers will enjoy even greater choice. Bentley Chairman and Chief Executive Dr Franz Josef-Paefgen welcomes the expansion of the Continental GT model offering:

Engine enhancements for all Continental GT models
At the heart of both Continental GT models is the Bentley 6-litre, twin turbocharged W12 engine, the most compact 12-cylinder engine in production. The 48-valve head employs four camshafts and continually variable valve-timing. Power is transmitted via a ZF six-speed automatic transmission. (posted on conceptcarz.com)

A host of engine and transmission enhancements have been introduced on the 552bhp (560PS) Continental GT to enhance both the refinement and efficiency of this high technology powertrain. These include:
o New crankcase design to reduce internal losses.
o More efficient catalyst and exhaust system for improved emissions.
o Lighter weight single chain drive for camshaft.
o New engine management system and faster response cam sensor.

For the Continental GT, the engine continues to produce 552bhp (560PS / 412kW) at 6100 rev/min and a maximum torque of 650Nm (479lb ft) from1600 rev/min. The twin, low-inertia turbochargers are a key factor in producing the flat torque curve, characteristic of every Bentley.

A new higher output of the W12 engine is specified for the GT Speed, sharing engine efficiency improvements with the GT model. New lighter weight con rods enhance engine response, while new pistons, with anodised compression ring grooves, are designed to withstand increased cylinder pressures. Together with a recalibrated version of the new engine management system, the GT Speed develops nine percent more power than the GT - 600bhp (610PS) at 6000 rev/min. The maximum torque of 750Nm (553lb ft) at 1750 rev/min represents an increase of over 15 percent versus the standard engine. As a result, the GT Speed becomes the first production Bentley to top 200mph (322km/h), with a V-max of 202mph (326km/h).

Both the Continental GT Speed and GT models now produce lower CO2 emissions of 396g/km, down from 410g/km, an improvement of 3.5 percent. Fuel consumption is improved by a similar amount.

'The Continental GT will continue to be the benchmark for the luxury coupe class, offering an unrivalled blend of performance and refinement. The new Continental GT Speed is a true driver's car with immense power and superb handling.'

The advanced ZF 6HP26 six-speed automatic gearbox has the ability to lock up its torque converter during normal driving conditions replicating the immediacy of a manual transmission while maintaining the smoothness of an automatic. A manual override function allows clutchless manual changes via the gearlever or steering wheel paddles.Source - Bentley 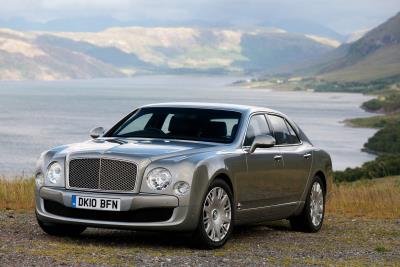 Bentley Mulsanne originally launched in 2009 after a four-year engineering programme to redefine the ultimate luxury sedan Known originally as Project Kimberley after the Kimberley diamond Develop... 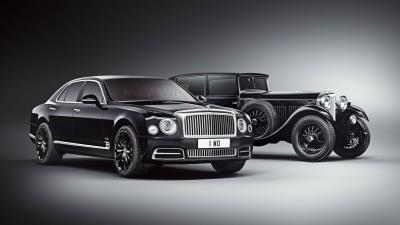 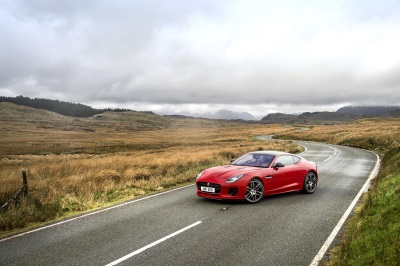