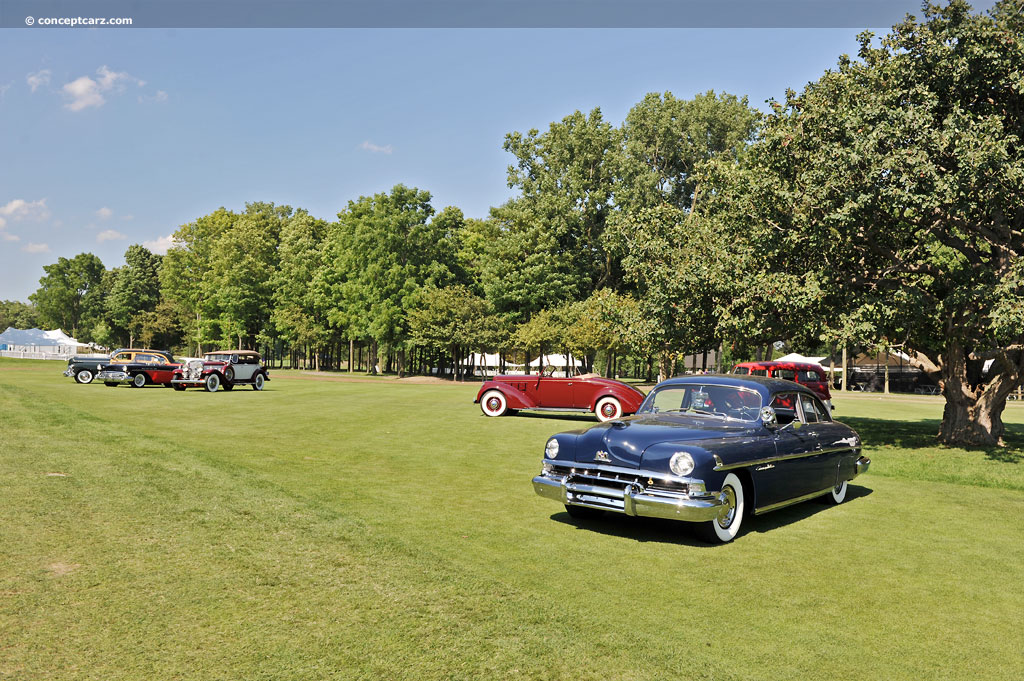 The Ford vehicle family, including Mercury and Lincoln, received all-new styling for 1949. The in-house studio of E.T. 'Bob' Gregorie and an outside consultant named George Walker and his team had provided proposals for the new design. Walker's design was chosen for the low-priced Ford cars and the Gregorie proposal became the Mercury, Lincoln, and Lincoln Cosmopolitan, respectively. A smaller version went into production at Ford France as the Vedette.

The 1949 Lincolns wore new designs that shed the pontoon fenders and replaced them with flowing envelope styling that sloped slowly down to the back bumper. Many design cues were shared with its Mercury sibling, yet easily distinguished by its grille and more potent V-8 engines. The Lincolns were popular with racing privateers, including Johnny Mantz who finished 9th int he first Mexican Road Race in 1950. They were also popular with the White House, who ordered 19 for presidential, government, and VIP use.

The 1952 Lincolns received completely new styling which meant 1951 was the last year of the styling introduced in 1949. Styling changes were made to the grille which now had a center horizontal section and five vertical louvers giving it a slightly more sophisticated appearance. The sunken headlamps remained unchanged. On the inside, the dash was removed with the speedometer moved to in front of the driver.

The Cosmopolitan Series continued as the top-of-the-line Lincoln for 1951, its final year in this position (for 1952, the Capri was top-of-the-line). The Cosmopolitan was distinguished from its sibling by the chrome rocker panels, fender skirts, and the Cosmopolitan name located on the upper front fenders. Body styles included a club coupe, Capri Coupe, Sport Sedan, and convertible. Power was from an L-head V-8 with a cast-iron block, a Holley two-barrel carburetor, and a 336.7 cubic-inch displacement size. It offered 154 horsepower at 3,600 RPM and was backed by a three-speed manual transmission or optional Hydra-Matic. The standard Lincoln had a 121-inch wheelbase while the Cosmopolitan rested on a 125-inch platform. It was longer too, measuring 222.5 inches compared to the 214.8-inch standard Lincoln size.

The following year, all Lincolns would ride on a 123-inch wheelbase chassis with a 214-inch length. The list of body styles would shrink to three, with both the Cosmopolitan and Capri offering a Hardtop Coupe and Sedan, with the Capri also having a convertible.
by Daniel Vaughan | May 2020

The Lincoln Cosmopolitan was introduced in the late 1940s and remained in production until the early 1950s. For 1949, the entire Lincoln model line was all new no longer were there pontoon fenders. In their place were a flowing envelope styling that gracefully drifted down to the rear bumper. The Lincoln models were similar to the Mercury, mostly distinguished by their grille and a larger engine.....
Continue Reading >>

The whole Lincoln model lineup was revamped in 1949 and lost the dated pontoon fenders and instead received a flowing envelope styling that flowed to the rear bumper. Similar to the Mercury, the Lincoln models grille and larger engines set them apart. Easily distinguished from the 1948 models, these models featured recessed headlights and a more streamlined appearance. A stately full-size luxury....
Continue Reading >>

The Lincoln Motor Company was founded in 1917 by Henry Leland. He was an ambitious entrepreneur who had previously started the Cadillac Motor Car Company in 1903 from the remnants of Henry Ford's second failed attempt to start an auto company (Henry'....[continue reading]

This 1951 Lincoln Cosmopolitan Convertible was offered for sale at the 2007 RM Auctions held at Meadow Brook. It is powered by a 337 cubic-inch V8 engine that is capable of producing over 150 horsepower. It has a Hydra-Matic gearbox and four-wheel hy....[continue reading] 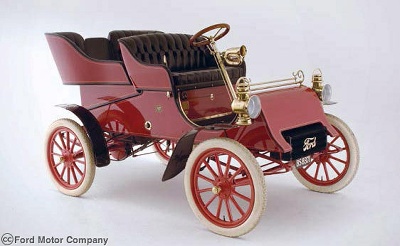 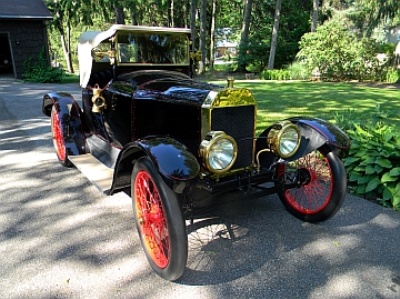