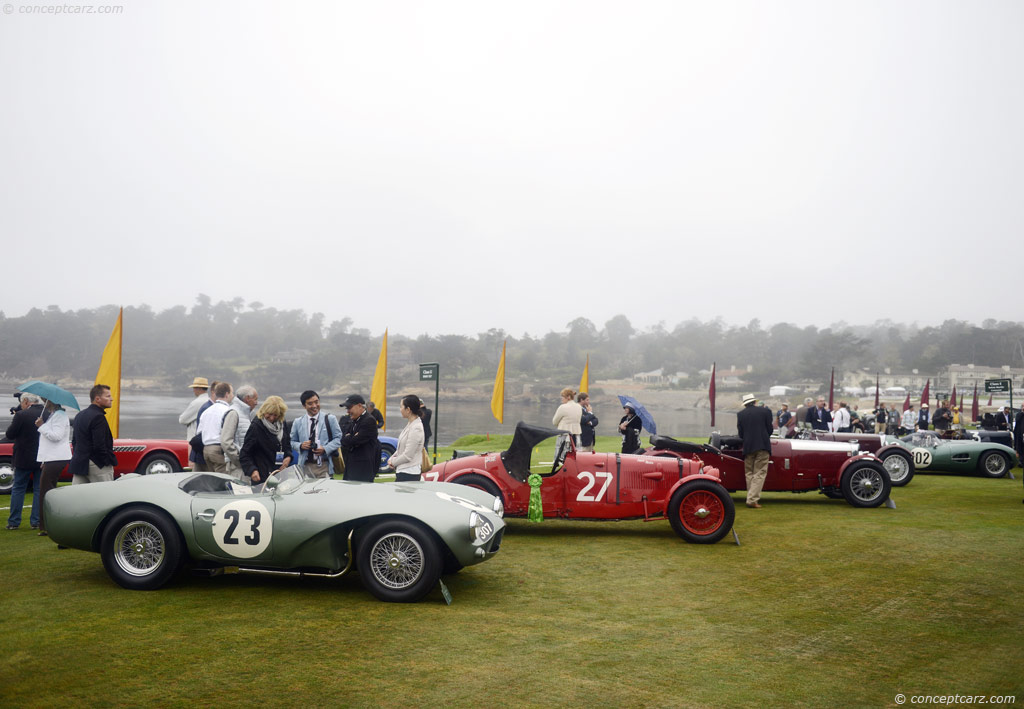 Lionel Martin and Robert Bamford founded Aston Martin in 1913. In 1947, it was acquired by David Brown, becoming the companies latest saviour. He also acquired the Lagonda business for its 2.6-liter W.O. Bentley-designed engine. Thus began the classic 'DB' series of road-going and racing cars.

The DB3 was introduced in 1951. It was powered by the 2.6-liter Lagonda straight engine from the DB2 Vantage. The design was by Eberan von Eberhorst (a former Auto Union designer) and its aluminum two-seater open body rested on a twin-tubular platform with a torsion bar and trailing arms in the front and torsion bars, paralle links, panhard rod, and DeDion axle in the rear. Between 1951 and 1953, a total of 10 examples were built, with chassis numbers from DB3/1 to DB3/10. The first five cars were Works car while the remaining examples were sold to privateers.

The DB3 proved to be uncompetitive, partially due to its weight. Engineer A.G. 'William' Watson approached Aston Martin competition director John Wyer with an alternative design, in hopes of presenting it to Mr. Brown without upsetting the more senior designer. The tactic worked and the first DB3S was ready for competition by May of 1953.

The DB3S had a smaller footprint than the DB3, being both shorter and less wide. Its height was just an inch taller than the outgoing model. The Lagonda straight six engine was enlarged to 2,992cc and fitted with three twin-choke Weber 35 DCO carburetors and backed by a David Brown S430 4-speed manual transmission. Initially, the engine offered just over 180 horsepower, but by the time production of the DB3S had come to a close, a twin-spark version helped raise output to nearly 230 horsepower. The aluminum bodywork was designed by in-house stylist Frank Feeley.

The refined DB3S raced in May of 1953 at Charterhall where Reg Parnell drove it to its first victory. Next came the 24 Hours of LeMans, where two examples were entered to contest this grueling race. Unfortunately, both were forced to retire prematurely due to accident damage and ignition failure. Despite this setback, it would win at the Tourist Trophy (a 1-2 victory), Goodwood Nine Hours and British Empire Trophy in 1953. Aston Martin would finish the 1953 season 3rd in the championship.

Modifications, improvements, and further refinement continued on the DB3S into the 1954 season. The most significant of these was a low-drag body specifically designed and fine-tuned in wind-tunnel testing for the high-speed Le Mans track. A prototype example was also given disc brakes at the front and the engine was fitted with a supercharger.

The 1954 season, however, would be a disappointment. The highest place finished was a third place in the Buenos Aires 1000 km. The team would miss the opening two rounds of the 1955 season at Buenos Aires and Sebring. A single DB3S was entered at the Mille Miglia but it failed to finish. At LeMans, the DB3S driven by Collins/Frere finished 2nd (1st in class). Walker/Poore drove a DB3S to a 4th overall at the Tourist Trophy which helped Aston Martin finish the season in 5th place.

For the 1956 season, Aston Martin was focusing their resources into the development of the new DBR1. While work continued, the factory raced the DB3S at Sebring where it finished in 4th. At the Nurburging 1000Km, it finished 5th. Another second place overall (1st in class) was cored at Le Mans in the hands of Moss/Collins although due to the change of regulations after the 1955 tragic disaster this event was a non-championship race. Aston Martin would finish the season 4th in the championship.

For the 1957 season, the Aston Martin DBR1 became the company's main sports racer. The racing resume of the DB3S was not quite over yet, as the Whitehead brothers raced an example at LeMans in 1958 and finished in second place after all the works DBR1s failed to finish.

During the production lifespan of the DB3S, 31 examples were built with 11 being Works cars and the other 20 sold to privateers.
by Daniel Vaughan | Dec 2019

The DB3 was not as successful as Aston Martin had intended so they tasked Watson to design and engineer a new car. The result was the DB3S, a design that was based on its predecessor but featured a smaller wheelbase and a lighter chassis. The DB3S were built in two series, the first being numbered one through ten, from 1953 through 1956, and built primarily for the works team. The second series was....
Continue Reading >>

David Brown, who later became Sir David, purchased the Aston Martin and Lagonda companys from receivership in 1948. The Lagonda Company appealed to Mr. Brown for its W.O. Bentley-designed twin-cam, 2.6-liter six-cylinder engine. The Aston martin company had a modern chassis, a solid reputation, and a sporting heritage. From the purchase, David was committed to motorsport competition. One of the earliest....
Continue Reading >>

The Aston Martin DB3S was built as a replacement for the heavier Aston Martin DB3. In total 31 DB3Ss were made, including 11 works cars. This if the first DB3S built, and it was the first development prototype first tested at Monza in 1953. The car f....[continue reading]

Just 30 (possibly 31) DB3Ss were built, and 10 (possibly 11) of these were works cars, including this early chassis DB3S/4 with its original egg-crate grille. Later cars had smaller grilles and faired-in headlights. This car first raced at LeMans in ....[continue reading]

This Aston Martin DB3S is the second of the ten surviving Works cars, and the first of three cars prepared by John Wyer's competition department for the 1953 24 Hours of Le Mans. Unfortunately Reg Parnell crashed DB3S/2 before Peter Collins could ass....[continue reading] 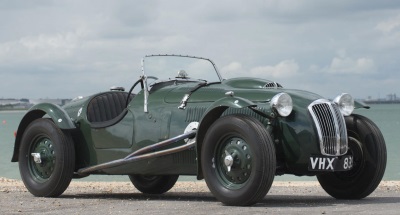 In 1951, the celebrated British racing driver, Roy Salvadori, debuted his glorious new Frazer-Nash Le Mans Replica at Silverstone for the BRDC International Trophy Meeting. It was the race that would... 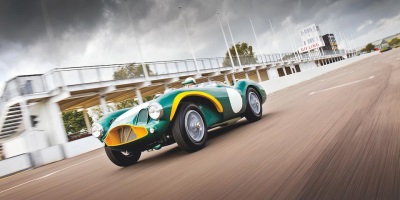 A rare Aston Martin Works team car – chassis number DB3S5 – which was campaigned in period by such legendary racing drivers as Sir Stirling Moss, Peter Collins and Roy Salvadori, and latterly went on...