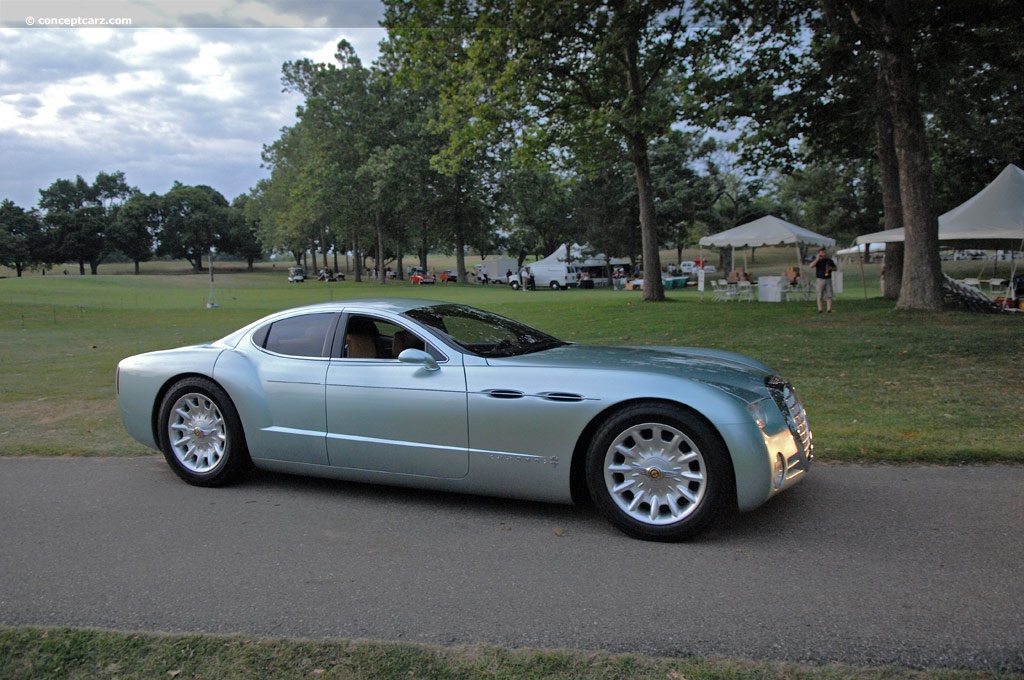 The design behind the Chronos came from Osamu Shikado as he flipped through old car photos. His inspiration came from a classic car, the 1953 Chrysler/Ghia D'Elegance, and he decided to interpret it modernly. Shikado consulted Chrysler's photo archives for ideas and inspiration which is where he stumbled on photos of the graceful coupe built by Italy's Ghia coachworks under the influence of Chrysler's Virgil Exner. The big chrome surrounding the wheels and the sculpted form around the front of the vehicle was what drew Shikado to create a masterpiece from these photos.

The Chronos was initially drawn as a coupe by Shikado, modeled after Chrysler's eye-catching Bugatti-flavored '95 Atlantic show car. Jack Grain, the design studio chief gave the suggestion that he attempt a sedan and it worked.

The Chronos was powered by a powerful 6.0 liter V10 engine with normal aspiration and around 350 horsepower. The engine was mated with a single-long-arm modified Viper front and rear suspension, a high-strength steel chassis and a unibody structure. This combination created a highly balance, though spunky driving experience for the rear-wheel drive concept. It also featured aluminum wheels, RWD and a large wheelbase. The Chronos featured an overall length of 205 inches, a width of 76 inches, the car featured a large 20-inch front along with a 21-inch rear aluminum wheels. The body of the Chronos is incredibly stealthy while also exuding eloquence with its long, low and sweeping wheels being pushed forward and aft. The windshield was raked steeply and meshed handsomely with the chrome grille and ‘jewel-like' headlamps.

The Chronos concept was $2-million and not only was it seriously visually stunning, but it was an actual running vehicle that combined simple lines with surprising luxury. Though Shikado has never actually seen the real D'Elegance, surprisingly, he really captured the essence in his concept vehicle. Unfortunately the concept Chronos was never actually put into production.By Jessica Donaldson
Vehicle Profiles

Chrysler introduced this Chronos Concept Sedan just prior to the acquisition of the Chrysler Corp. by Germany's Daimler-Benz AG. The design inspirations of this long-hooded sedan were from the classic-era British sports cars and a trio of 1950s Chry....[continue reading]