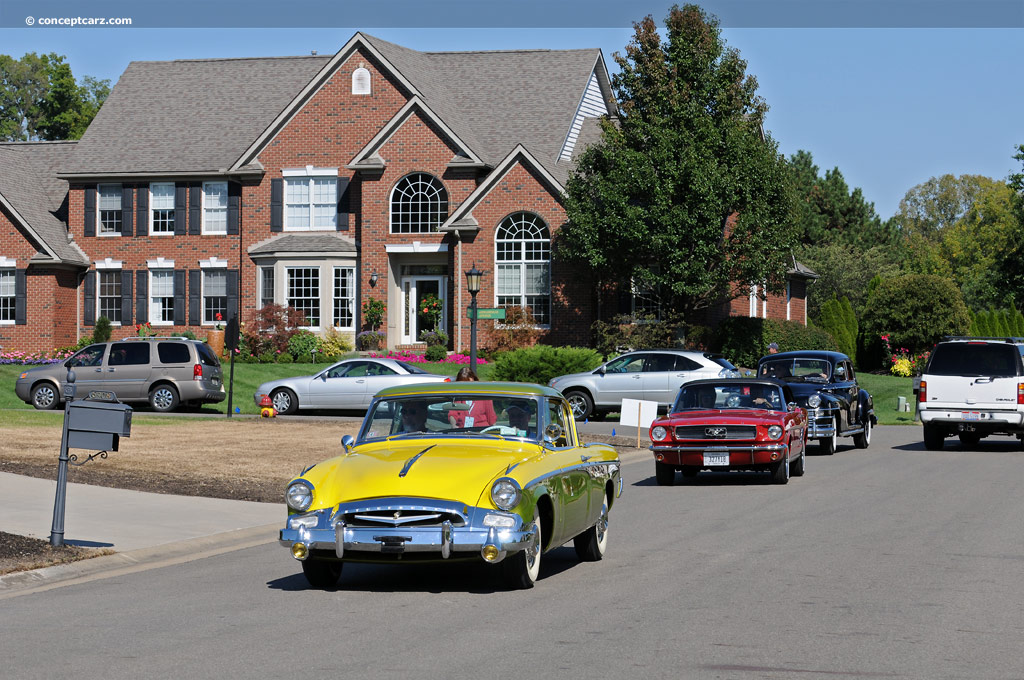 The President Starlight hardtop was produced for only one year, 1958. The Starlight was complete with chrome and fins, but it was still based on the old 1953 body shell. The narrowness of the body prevented the use of conventional quad headlights, so Studebaker restored to a 'pod' design where the lights bulged out slightly on the sides of the car.
By Daniel Vaughan | Dec 2006

The President Speedster was built for one year only, during that year they produced 2,215 cars. This car is number 769. The Speedster was Studebaker's response to Fords' Thunderbird and Chevrolets' Corvette. The car was equipped with a 259 cubic-i....[continue reading]

The 1955 Speedster was Studebaker's first step towards a sporty car. It was based on the Studebaker President - which re-entered the 1955 line-up after a 13-year absence.....[continue reading]

This Studebaker President Speedster was built in South Bend, Indiana. (The President series had returned after a 13-year absence.) It is painted in an authentic, special factory color combination with matching yellow leather interior. ....[continue reading]

While the Big Three were enjoying record runs in 1955, independent car makers were hitting headwinds. Studebaker and Packard had merged a year earlier, a dubious move the business press compared to throwing a drowning man an anchor.....[continue reading]

Studebaker introduced the President Speedster in January 1955. It was the most fully-equipped car in standard form ever to come out of South Bend. Styling was an evolution of the stunning Bob Bourke/Raymond Loewy Starliner Coupe that debuted in 1953.....[continue reading]