Custom Coupe
Studebaker was founded in 1852 in South Bend, Indiana. Their original success was in making wheelbarrows for the California Gold Rush followed by supplying wagons to the Union Army in the Civil War. After a fire in 1875 destroyed their factory, they built a new brick factory covering 20 acres which became 'The largest vehicle house in the world.' Some of their carriages could cost up to $20,000.Studebaker entered the automotive business in 1902 with electric vehicles and in 1904 with gasoline vehicles, all sold under the name 'Studebaker Automobile Company.' Over the next 5 decades, the company established an enviable reputation for quality and reliability. The last Studebaker car rolled off the line in 1966.In 1927, Studebaker introduced the low-priced 'Dictator', saying the cars would 'dictate the standard' for their class. The name, however, would take on a new meaning when the political situation in Europe deteriorated in the late 1930s, Studebaker decided to drop the Dictator name. The 1938 Dictator equivalents would be called 'Commander' models.
The three-window coupe models produced during 1936-37 by Studebaker featured an unusual 'bat-wing' rear-window design. This example was ordered with a rumble seat and an unusual single side-mounted spare tire. During this era, most buyers opted for the available dual sidemounts and this coupe is the only single-sidemount coupe known to the Antique Studebaker Club today.

Custom Sedan
1937 was the last year for the Dictator nameplate. With Hitler and Mussolini gathering power in Europe, 'Dictator' became politically incorrect and so the name was dropped. 1937 was however the first year Studebaker saw the influence of master stylist Raymond Loewy, who did a beautiful facelift of the existing 1936 models. With the Great Depression still somewhat at hand, pricing for the Dictator was quite low this year.Except for a re-paint, this Studebaker is completely original. It was purchased new in Lancaster, Ohio. The second owner purchased it at an estate auction and placed the car on blocks, where it remained for years, until acquired by the current owner. For 1937, Studebaker models featured a new front end design. A new feature was built-in dual window defrosters. The Dictator models were powered by an in-line Studebaker-built six-cylinder motor that developed 90 horsepower.
This was the last year Studebaker marketed the Dictator model - it was no longer politically correct. For 1938, the model became the Commander.

Custom Coupe
Founded in South Bend, IN, in 1852, Studebaker built wheelbarrows for the California gold rush, then wagons for the Union Army. At one time the world's largest wagon maker, the family business built horse-drawn carriages used by U.S. presidents and pulled by Budweiser Clydesdales. It began building electric cars in 1902 and gas-powered vehicles two years later.The entry level Dictator series (previously the Standard Six) was introduced in 1927 with its (later) questionable name intended to indicate that it would 'dictate the standard' for other automakers to follow. Studebaker's mid-range models were Commanders, while top-of-the-line models were Presidents. There was also a Chancellor, but only in 1927.Dictators were available in a full range of Raymond Loewy-designed body styles with interiors by famous artist Helen Dryden and a lively 90 horsepower six-cylinder engine. An optional 221-CID inline eight-cylinder offered in mid-1929 replaced the old six as standard two years later. Following the rise of German dictator Adolf Hitler, Studebaker dropped the Dictator name in 1937 and resurrected the Commander name that had been discontinued in 1935.
This 1937 fully optioned (with leather interior, wide whitewall tires, overdrive transmission, dual defrosters, radio and clock) Dictator coupe has a unique 'batwing' rear window as a feature of Loewy's Art Deco styling. It has been fully restored in its original Niagara Mist Metallic finish.

Business Coupe
Engine #: D-165177
Sold for $29,700 at 2016 RM Sotheby's : Hershey.
Henry and Clem Studebaker established a wagon shop in South Bend, Indiana, in 1852 with a total capital of just $68. By 1867, the company was grossing $350,000 annually. Joined later by three more brothers, the company offered its first electric vehicle in 1902 and its first gasoline-powered car by 1904. For 1932, Studebaker offered three models including the Dictator, Commander, and President. They re-tooled their entire lineup in 1936, and for 1937, the Studebakers received a streamlined facelift. Updates included a more pointed grille, an alligator hood opening from the front and extended hood louvers were added. New available features included dual-warm air defrosters, a flat 18-gallon fuel tank, and rotary door latches with safety catches. For a second year in a row, no convertible models were offered.1937 was the final year for the Dictator series.
This particular Studebaker Dictator Business Coupe Custom has been fitted with a 1953 Studebaker six-cylinder engine and three-speed manual overdrive transmission. The interior is finished in camel vinyl. Air conditioning has also been fitted.
By Daniel Vaughan | Dec 2016
The Studebaker Dictator was produced from 1927 through 1936 with 1928 being the first full year of the Dictator production. The Dictator was designed as a replacement for the Standard Six. This new model amplified the reputation of the Studebaker Company by breaking 28 distance and time records during the end of the 1920s. The name Dictator was used because Standard boasted that it 'dictated the standard' and was conceived as a model line that other marques would imitate. In reality, the name Dictator was probably not a good choice. It made exportation to certain European monarchies difficult and Studebaker switched the name to the Standard Six when exporting. On the home front, many people viewed the name in the political terms and felt it was rather negative and offensive. With Hitler and Mussolini gathering power in Europe, 'Dictator' became politically incorrect and so the name was dropped in 1937. Special features for 1932 were: Startex automatic starting system, full automatic spark control, free wheeling in all forward speeds combined with synchronized shifting, full cushioned power seats and safety glass in all windows.
By 1933 Studebaker was feeling the effects of the Great Depression and it entered into receivership. It was able to manage through the hardships and emerged in 1934 with their stylish and attractive models, some with styling influenced by Raymond Loewy.
The Dictator came in a wide array of body styles and configurations. The early Dictators had a V-shaped bumper which was later changed to a bow shaped unit. The Dictator series 2A was outfitted with hydraulic brakes and a Planar independent front suspension. A 'Hill Holder' firmly held the vehicle in place while parked on a steep grade. There were 600 examples of the Dictator Roadster produced, most being accompanied by a $1,155 price tag and an 85 horsepower engine.
By Daniel Vaughan | Mar 2006 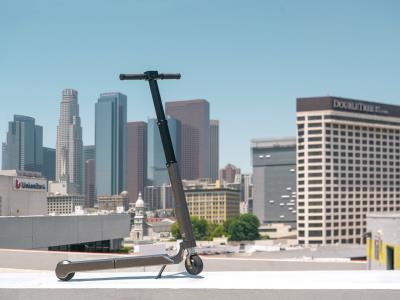 Founded in 2019, KAIST Future Mobility of the Year Awards recognizes concept cars that make outstanding contributions to the future of mobility HDC-6 NEPTUNE and built-in e-scooter won the Public %26...