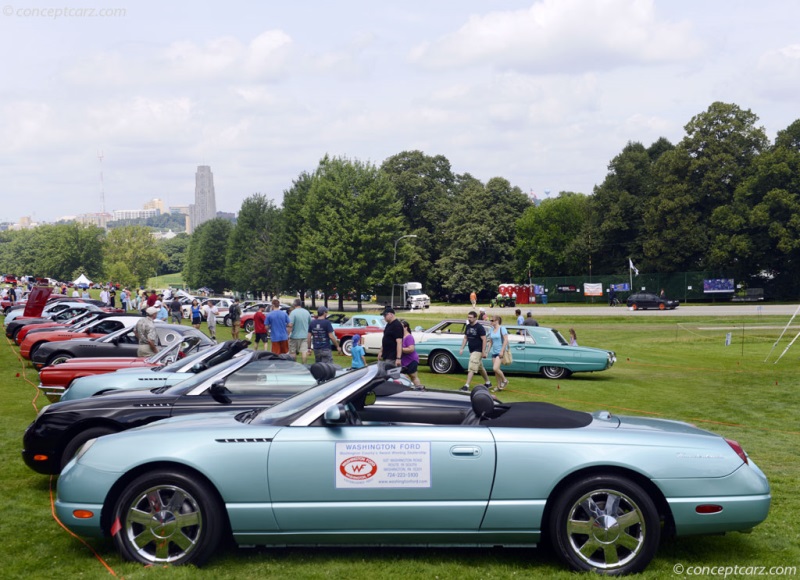 The 2002 Ford Thunderbird led Ford's charge of revitalizing consumer interest in cars by offering autos that not only meet their transportation needs, but also stir their emotions.

Thunderbird expresses a bold and confident feeling of freedom, delivered in the form of a dramatically designed, two-seat, rear-wheel-drive, V-8-powered, convertible – a modern throwback to another optimistic American era.

'Seldom in automotive history has a car created as much emotional attachment as the Ford Thunderbird,' says J Mays, Ford Motor Company vice president of Design. 'The car spans generations and in many ways chronicles a part of American history itself. The new Thunderbird is designed to point to the future and, at the same time, recapture the magic of an American icon.'

The boldness and confidence of Thunderbird are embraced in its design. From its egg-crate grille to rounded tail lamps, Thunderbird is dressed with the obvious visual cues that tie it to the classic cars of the past, but with a decidedly modern interpretation.

Thunderbird comes standard as a convertible, with a power-retracting cloth top and an optional hard top with classic porthole windows. The two-place interior reflects the exterior design by celebrating the car's romantic heritage and combining bold style with the comfort and convenience today's customers demand.

Thunderbird is in a class by itself as a 107.2-inch wheelbase rear-wheel drive roadster with a smooth,

When Ford decided to revive the Thunderbird nameplate, designers went to work studying the original cars of the 1950s, which reflected the era's great optimism.

The designers of the modern Thunderbird took great care to borrow classic styling cues, but to never lose the modern look. This 'heritage' design approach features, among other details, the two-seat configuration, elegant hood scoop, chevrons, round headlamps, egg-crate grille and porthole windows. In all, the entire package pays homage to the past and celebrates 21st century materials, technology and design language.

The 2002 Thunderbird is a production version of the Thunderbird concept that stole the spotlight on the auto show circuit in 1999 and 2000.

Driving is more than a great design

Although the design evokes memories of a simpler time, it won't take 50 yards of driving in a new 2002 Thunderbird to transport one back to the future. The new Thunderbird uses the latest engineering technologies to help instill confidence in the driver.

Ford Thunderbirds is equipped with a smooth-turning, all-aluminum 3.9-liter DOHC V-8. The engine produces an estimated 252 horsepower at 6,100 rpm and peak torque of 267 ft. lbs. at 4,300 rpm and uses a new generation powertrain electronic controller (PTEC).

The engine was designed along with a specially engineered close-ratio, five-speed automatic transmission that provides performance and efficiency along with minimal levels of noise, vibration and harshness (NVH).Source - Ford Media
The Ford Thunderbird was named Motor Trend's 2002 Car of the Year from the largest group of contenders ever to compete - 27 cars. In identifying the winner, factors including design, engineering, quality, interior, special features, fun, everyday livability, safety, performance and value were evaluated. The new Thunderbird is the first automobile designed by the CAD system. CAD refers to computer-aided engineering and computer-aided manufacturing. The use of all-computer modeling allowed for very early prototypes that were virtually identical to the production. This Thunderbird was the first 2002 model sold to the public and has the 15th serial number.

Roadster
Chassis #: 1FAHP60A82Y126689
This 2002 Ford Thunderbird is a one-owner car that is powered by a V-8 engine and mated to an automatic transmission. It is fitted with power steering, power brakes, power windows, power seat, power door locks, tilt steering, stereo, solid black leather interior, and a black exterior. Currently it has just over 43,000 original miles.
By Daniel Vaughan | Feb 2015

The Ford Thunderbird is an American automotive icon first introduced in 1955. During the early 1950s, military men were returning from fighting in World War II. In Europe, the style of vehicle was very different from the Detroit American car. The graceful but sporty MG, Triumphs, and Jaguars, to name a few, had found their way into the hearts of many of these serviceman. The American automobile....
Continue Reading >> 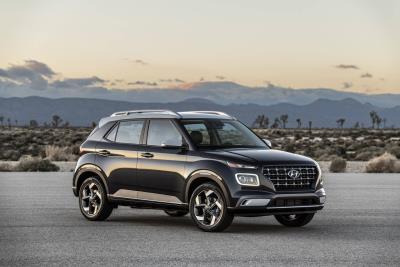 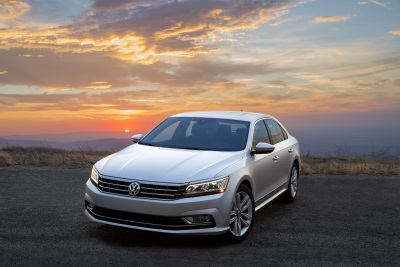 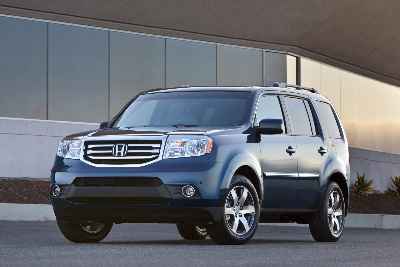 09052013 - TORRANCE, Calif. Designed as the Ultimate Family Adventure Vehicle and boasting the highest EPA-rated fuel economy any eight-passenger family SUV, the award-winning Honda Pilot is...
© 1998-2020. All rights reserved. The material may not be published, broadcast, rewritten, or redistributed.