To achieve a curb weight lower than the already-lean Lancer Evolution, the Lancer Evolution RS sheds several non-essential items. Most notable from outside, the RS is not bedecked with the Lancer Evolution's distinctive rear wing spoiler. The high-intensity discharge headlights also were deleted, as was the rear window wiper. Inside, RS drivers must make do without an air conditioning system or an AM/FM/CD audio system. There are no power mechanisms for the windows, locks, or side mirrors. Trunk compartment trim has been removed, as have vanity mirrors, rear assist grips, map lamps, and the parking brake lever's leather covering. An antilock brake system is not available.

The Lancer Evolution RS doesn't compromise performance, whether performance is defined as straight-ahead acceleration or exit speed out of an apex. Higher performance is achieved in part by lowering the vehicle's mass, but the RS is also better equipped to handle lateral motion, thanks to the addition of its front limited slip differential. 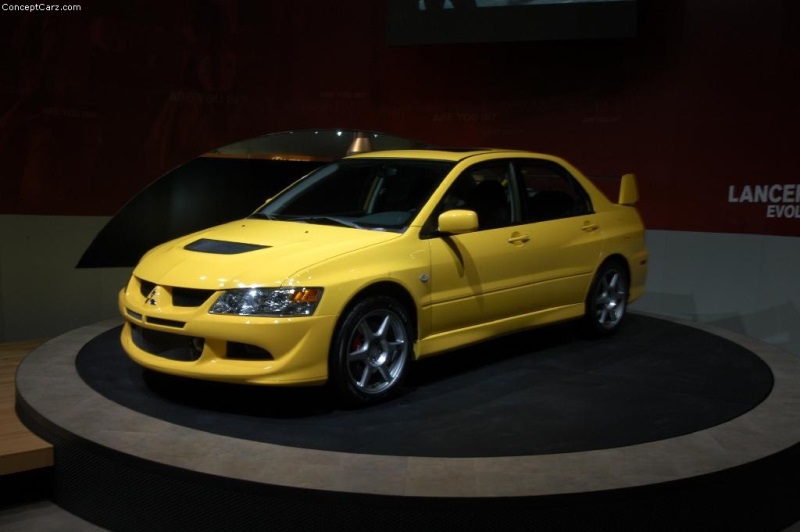 Helical-type limited-slip differentials offer several advantages over the clutch-type or viscous LSDs. Viscous limited-slip units tend to wear out after extended use, as their oil is heated and reheated until it degrades, rendering the unit ineffective. Clutch-type differentials provide good off-the-line traction, but the 50/50 stability that's beneficial in a straight line is not so desirable when a vehicle is turning. The helical-type limited slip provides better durability and performance when it's needed most: while turning. Únlike an open differential, which shifts power to the wheel with less grip, the helical LSD constantly shifts the bias toward the wheel that has more traction.