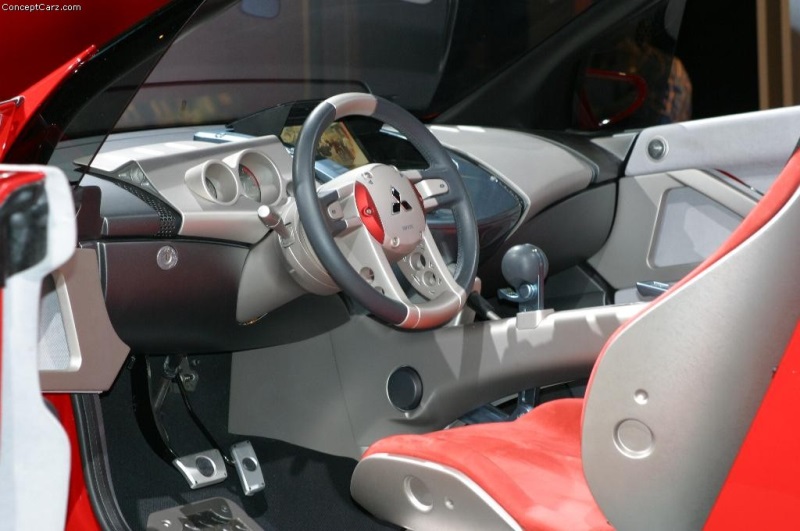 An open top car is not just a closed one without a roof. Turning a coupe or a sedan into a cabriolet is not a mere chop job either.While adding different functionalities, a convertible offers another experience, with driver and passengers being part of the dynamics as well as connected to the outside world. Such a vehicle also offers new and interesting challenges for designers in terms of packaging, vocabulary and design integrity.In that sense, Mitsubishi Motors has proved the point with its latest wave of open top concept cars: in 2002 with S.Ú.P. Cabriolet and then again in 2003 with CZ2 Cabriolet and Tarmac Spyder.A New Compact Car 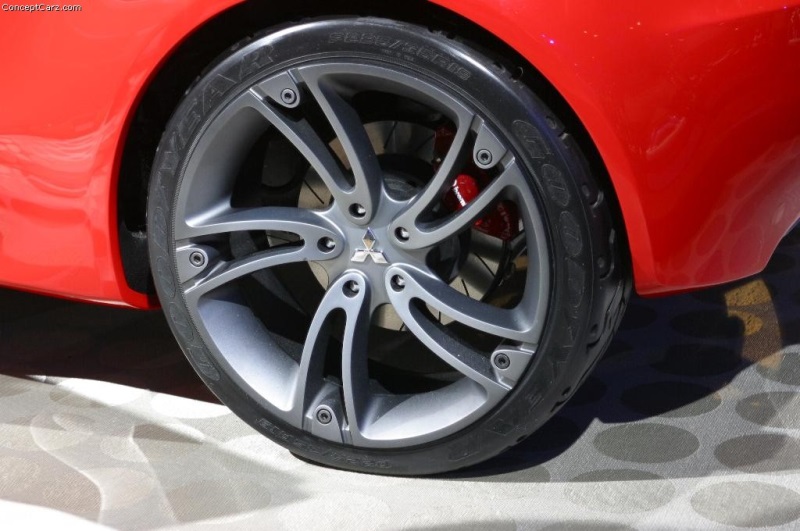 Únveiled in North America quasi-simultaneously with the new Evolution VIII, Tarmac Spyder stretches the envelop of MMC upcoming New Compact Car
, just as the acclaimed CZ3 Tarmac concept did in 2001. Only several steps beyond&In this respect, the design brief for Mitsubishi Motors ÚS design studio in charge of the project was clear: create a minimal four seat open top performance car ( with provision for a removable hard-top ), providing fun for four, with rally race car performance and styling. All in all, a light, compact machine with road gripping aggressive wheel-at-each-corner stance, related to the Concept Car project and aimed at trendy, cutting edge drivers. Sharing the sharpness of the whole NConcetp Car line, Tarmac Spyder brings Mitsubishi Motors heritage to a younger audience indeed with its Lancer Evolution platform, compact size, no frill technical interior and no-folding-roof spyder concept, while accommodating four for fun. Raw 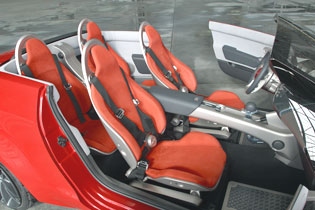 With its 1,825 mm width for a length of only 4,055 mm, Tarmac Spyder barely disguises its powerful Evolution origins under its low, muscular bodyshell with wide fender flares.
All design elements serve the purpose, starting with the front end: a front hinging semi-clamshell hood for easy engine accessibility featuring the new Mitsubishi Motors visual identity grille (Three-Diamond chromed logo on dihedron, extended into the hood through a spine) over a wide open meshed air intake with smaller meshed ducts on the side to cool the disc brakes hidden behind the 19 custom made charcoal colored alloy wheels.On each side of the car, movement is visually provided by slim headlamps running the length of the hood and featuring three beams mounted in series, to complement the central spine. Further up, the upper part of the front fenders ends up mid-way on the A-pillars, framing the bottom of the windshield for true spyder feel.Tarmac Spyder long wheelbase (2,515 mm) provides accommodation for four, unlike traditional spyders. Together with the wide tracks and very short overhangs, it also creates the sure-footed stance appropriate for a race-bred machine. From a design stand point, the long side panels escape blandness through a discreet upper character line. Lower down the doors, a stronger line adds to the feeling of motion, even when standing still.Just as interesting, the rear end of Tarmac Spyder echoes the front with a similar treatment, including the central spine on the trunk lid, the metallic-finished lens barrels as well as the character lines on flanks ending up in a V-shape below the trunk opening.An open top with no folding roof, Tarmac Spyder comes with a detachable hard-top for added comfort and security. A retractable rear window is also fitted to the car, closing the hard-top but also for wind deflection in open top configuration and rollover protection.Entertaining

Naturally, the Spyder experience goes once the multi-link hinged wide doors ( for easy ingress and egress of both front and rear passengers ) are shut.As much as CZ2 Cabriolet plays the casual chic mood, Tarmac Spyder is an all-out sportster with technical feel material (alloy sheet over drilled under-structure in front of driver and passenger, exposed metal for console and seat backs,&), motorcycle type of meters and ratchet shifter on console. Furthermore, a central backbone console splits the seats while providing additional structural integrity.Tarmac Spyder is equipped with lightweight, hugging racing seats that enhance the performance-oriented nature of the automobile. These seats use resilient metal exo-skeletal frames and are covered in red leather. For added functionality, the rear seat backs can fold forward to accommodate large items passed through from the trunk. As a finishing touch, rugged diamond-plated metal plates replace carpeted floor mats.Last but not least, the Tarmac Spyder is provided by the Lancer Evolution mechanicals, namely: 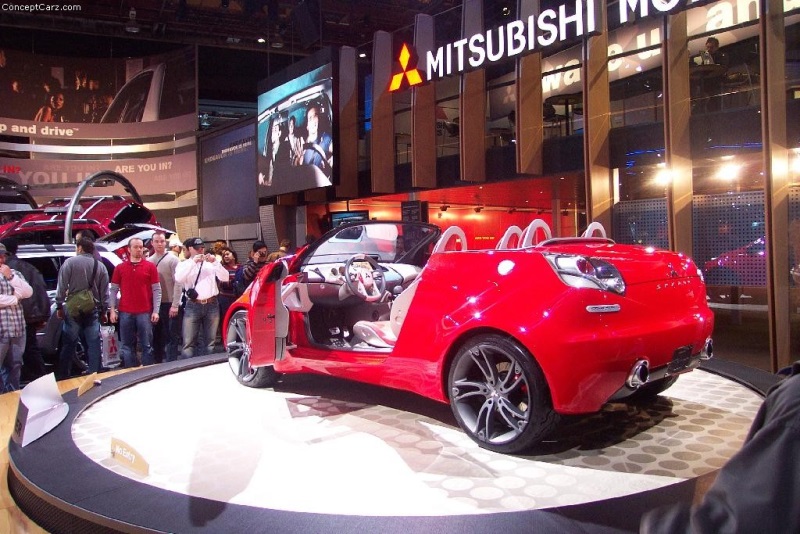 Most powerful production Golf ever for the North American market New car has an estimated 290 horsepower, but is more fuel efficient than previous Golf R EA888 TSI® 2.0-liter engine propels DSG® equipped Golf R from 0 to 62 mph in 4.9 seconds Car...

Looking for a compact sports sedan thats easy on the wallet Want an affordably-priced 4-door offering high-performance, a turbocharged engine and all-wheel drive Mitsubishi Motors has the answer with a choice of four unique 2014 Lancer models to choose...
© 1998-2021. All rights reserved. The material may not be published, broadcast, rewritten, or redistributed.