In 1980 a new range was introduced: the Silver Spirit and Silver Spur. Externally these cars were entirely new but retained most of the chassis platform of the Silver Shadow. The major exception was the rear end, which was modified to accept the new rear suspension. This new system had been launched during 1979 on the Corniche and Camargue models. 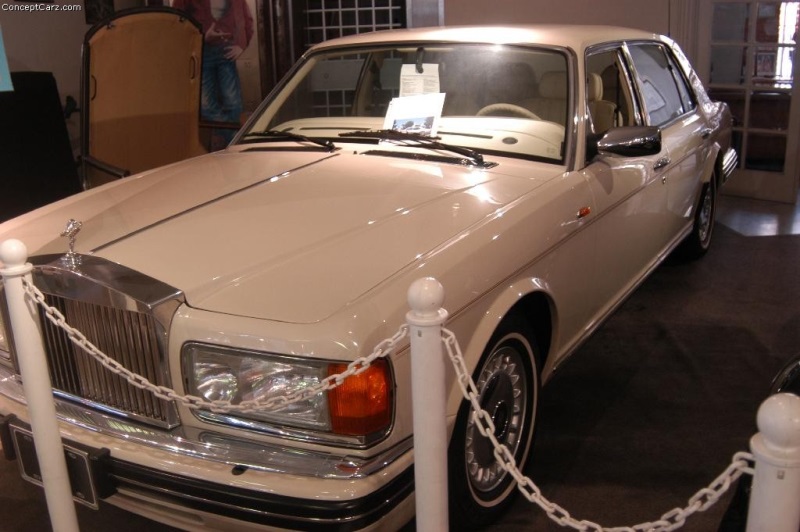 The Spirit III and Spur III were introduced in 1994, and again external changes were modest, although inside there was a redesigned instrument panel and new steering wheel, and engine refinements resulted in an increase in power.Source - Rolls Royce Motor Cars Ltd.
The Rolls-Royce Silver Spur has been quoted as being 'a highly expensive, prestigious car with inordinate incidence of repair.'Introduced by Rolls-Royce in 1980, the Silver Spirit was the beginning of a new generation of models for the company. The Silver Spur was produced at the same time and was a long-wheelbase version of the Silver Spirit. The Spirit formed the basis for the Flying Spur, Touring Limousine, Park Ward, and the Silver Dawn. The complete line was replaced in 1998 by the BMW-powered Silver Seraph and the Bentley Arnage. The Silver Spirit shared the basic floor plan and the 6.8 L V8 engine of the Silver Shadow. The Silver Spur used a Girling automatic hydraulic ride height control system along with gas-charged shock absorbers while keeping the high degree of ride quality and self-leveling suspension from the Silver Shadow. The first car to feature the retractable Spirit of Ecstasy, the Spirit featured the spring-loaded Mascot which sank onto the radiator shell if dislodged from its position. From 1980 through 1989 a total of 6,238 Silver Spur models were produced.
Debuting at the 1989 Frankfurt Motor Show, the Silver Spur II and the Silver Spirit II featured innovative suspension with a fully automatic system adjusting dampers at all four wheels in real-time. Standard on all models was ABS and fuel injection.
Introduced in 1993, the third generation of both the Silver Spur and the Silver Spirit featured improvements on the traditional V8 engine. Power output was upped with the addition of a new intake manifold and cylinder heads. The rear seats now adjusted independently while dual airbags were added as a standard feature.Introduced in 1994 for the '94 and '95 years, the Flying Spur was a turbocharged version of the Silver Spur III.Introduced in the latter part of 1995, the final edition of the Silver Spur and Silver Spirit debuted. The Silver Spirit name was dropped in favor of a new Park Ward Limousine. The long-wheelbase became standard on all models in 1997 and the limousine models offered extra-long only. A Garrett turbocharger was added on all models for 1997.By Jessica Donaldson