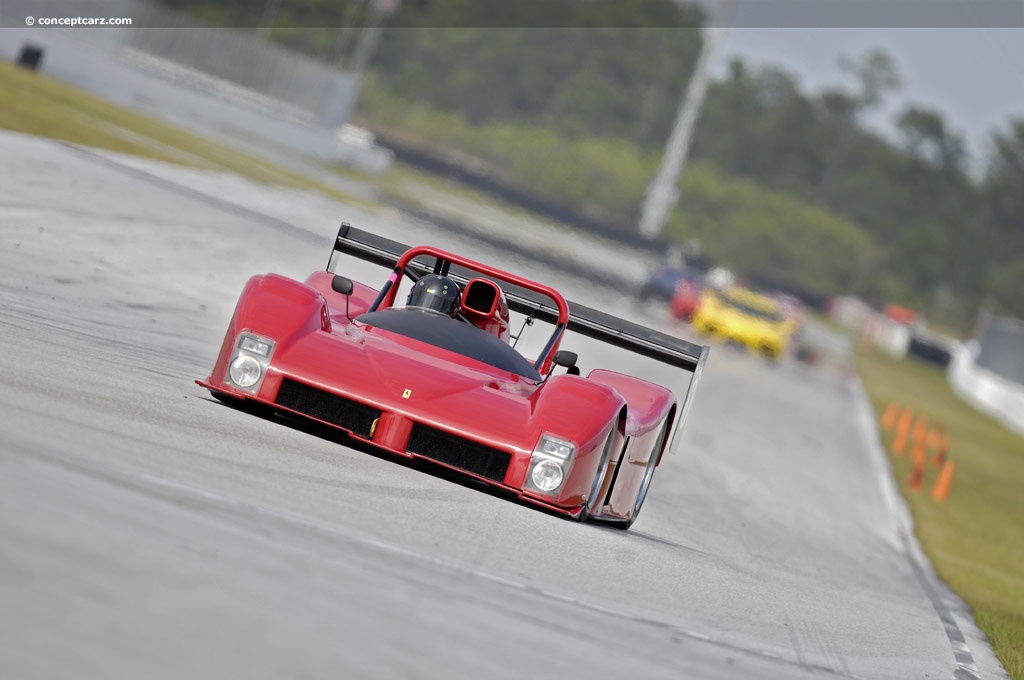 Ferrari re-entered the Sport-Prototype category in the mid-1990s with the superb F333 SP. From 1994 on, this 'barchetta' triumphed in many classic races on some of the most famous circuits. The Evans/Velez/van de Poele team took the Sebring 12 Hour in 1995, a race also won by the F333 SP in 1997. 1998 was probably the most satisfying season thanks to the trio of MorettiBaldiTheys. The team secured wins at the Daytona 24 Hour, Watkins Glen and the mythical Sebring 12 Hour. Collard and Sospiri were winners at Nurburgring, a victory that marked the first of a series of wins in Europea: between 1999 and 2001, the F333 SP came first in the 500 miles of Monza and at Spa.Source - Ferrari World
The Ferrari F333 project was the company's first sports car prototype racer in twenty years and was developed jointly with Dallara. The racer was created specifically to challenge the IMSA prototype class with each car being built with the interior of being sold as customer cars. The nickname for the project was 'Il Sogno Americano', meaning the American Dream. The driving force for the creation of these cars was Giampiero Moretti, the founder of MOMO, and the president of Ferrari North America, Gian Luigi Buitoni.The body of the car was functional and elegant. It was crafted with Dallara's help in their wind tunnel. Complying with racing regulations, the car was given a flat bottom chassis, mated to a lightweight monocoque chassis. The cars were clothed in Carbonfiber and other exotic, lightweight materials. The chassis consisted of double wishbones and push-rod operated coil springs. As the years progressed, the car's exterior changed slightly. It was given a longer nose which helped on faster tracks and improved the vehicle's aerodynamics.
For long-distance racing, special bodies were created, the fuel tank was enlarged, and the engine was slightly detuned.
Racing regulations at the time stated that the engines were to displace no more than four liters and were to be derived from a road-going car. Ferrari chose the V12 engine that was to power its upcoming F50 car. The engine was used in its F1 program, where it displaced 3.5-liters. The F50 had a 4.7-liter displacement size and the F333 was given a 4-liter size. The name of the vehicle was in direct correlation to the engine's unitary displacement of 333 cc. This was a naming style dating back to the company's inception.The V12 engine had a red line that reached nearly 12000 RPM's. This gave the cars a memorable howl that made it one of the noisest on the track. The combination of style, performance, and sound turned heads, scared the competition, and provided many podium finishes for its driver. The top speed was achieved at nearly 230 mph.The cars made their public debut at the 1994 Palm Beach Cavallino Classic and their racing debuts at Road Atlanta a short time later. In their first outing in twenty years, the Ferrari's finished in first and second. The following race, the cars claimed the top three positions. In 1995 the cars secured the IMSA Drivers and Manufacturers Championship, along with a first-place finish at Sebring 12 Hours. At LeMans in 1995, the cars did not achieve their desired success. A year later, a 333 SP set the fastest lap of the day and had qualified in second place, but was forced to retire prematurely due to an accident. In 1997, the car secured its best place finish at the race, finishing in sixth place. The elusive, prestigious, and grueling LeMans race would be the only endurance race that would not be won by the 333SP. During its racing career, many victories were secured in both the United States and Europe. The 2002 Daytona 24 Hours was the car's last major race, bringing to an end an eight-year racing career. Many of the cars would continue their racing resume in historic and similar racing events.In total, there were forty examples created with the first 14 being created by Dallara. The final 26 cars were created by Michelotto.
By Daniel Vaughan | Jun 2007