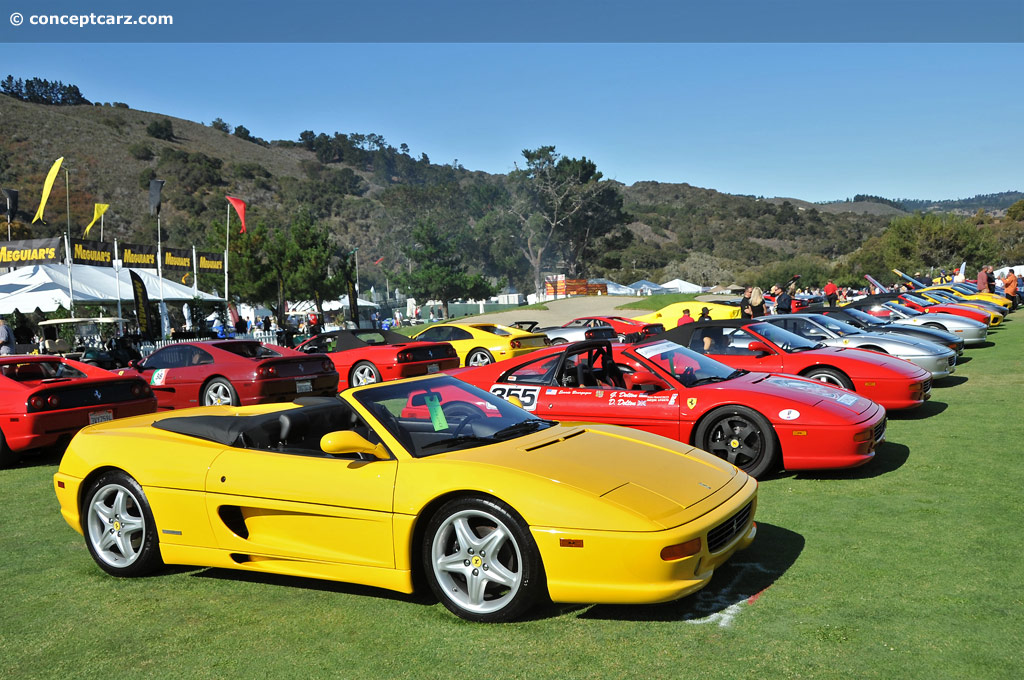 permeability maximizing gross efficiency. The aluminum head was ultra-high strength with variable rigidity dual valve springs. The radial intake valves made conical cam profiles necessary and the high rotation speed necessitated a high lift for both reliability and long-term performance. The control lobe for the central intake valve was slightly offset, reducing pulse stress and the emission of un-burned hydrocarbons. The valves were actuated by hydraulic tappets with automatic play take-up, a first for engines that rev over 8000rpm. In accordance with racing design, Ferrari engineers created an extremely compact high-swirl combustion chamber of 11:1 compression ratio. The engine was controlled by a Bosch Motronic M2.7 twin hot wire electronic injection-static ignition system, and lubricated by a dry sump engine oil circuit.

The exhaust system was insulated stainless steel and featured twin-branch delivery to the catalysts: one main branch to a ceramic matrix catalyst and one by-pass branch to steel matrix catalysts. The by-pass branch only comes into play at high speeds in response to the opening of a throttle valve controlled by the Motronic system. This optimizes engine performance by reducing exhaust back-pressure.

The F355's drivetrain featured a 6-speed gearbox or an optional F1 electro-hydraulic transmission system with paddle shifters, derived directly from current Formula 1 technology. The manual, all-synchronized system offered short travel through the classic Ferrari gated shifter actuating rigid rods for a positive feel. The ratios were designed to make the most of the torque curve, thereby enhancing the driveability and sporty performance of the car. The differential was a multi-plate limited slip type with segmented lock that adopts a differentiated drive and over run. The single dry plate clutch was hydraulically actuated, its housing being magnesium alloy. A water/oil heat exchanger ensured the gearbox oil was rapidly brought to optimal operating temperature.

Ferrari's 6-speed F1 electro-hydraulic transmission, debuted on the F355, signaled a new era in drivetrain design and performance. The driver shifts a sequential system controlled with paddles behind the steering wheel, exactly as on a Formula 1 car. There is no clutch pedal. The system has four driver-selectable modes of operation: sport, normal, auto, and low grip. The Ferrari 'Fl-type power train management' is the best solution for racing and road use. The system guarantees almost instantaneous gear changes, allowing the driver's desired gear to be engaged without either taking the hands off the wheel or operating the clutch, even during hard cornering. For safety, it is impossible to avoid engaging intermediate gears during rapid downshifts. The system can be used in a fully automatic mode without impacting fuel consumption, and the software that controls the system is integrated with other systems in the car to increase control in varied conditions.Source - Ferrari

The Ferrari F355 is a sports car built by Ferrari from May 1994 to 1999. It is an evolution of the Ferrari 348 and was replaced by the Ferrari 360. It is a mid-engined, rear wheel drive V8-powered 2-seat coupe. One major difference between the V8 in ....[continue reading]

Ferrari produced about 3,717 examples of the F355 Spider from 1955 through 1999. This example is finished in Argento Nurburgring color and has spent most of its life in California. Currently, it has approximately 27,000 miles on the odometer. It ride....[continue reading]

This Ferrari F355 Spider was completed in October of 1966 and finished in black with tan leather interior. It has a six-speed gated manual gearbox, and carbon fiber trim in the interior and engine compartment. It was sold new in California and sold t....[continue reading] 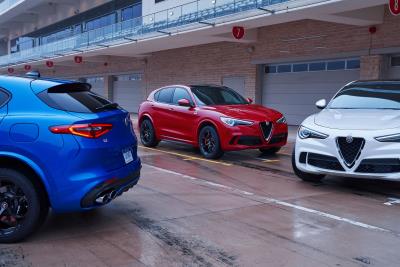 Stelvio Quadrifoglio, Alfa Romeos high-performance premium SUV, made its Asia debut at Auto China 2018, marking the arrival of the full Quadrifoglio family at China, an ultimate expression of Italia... 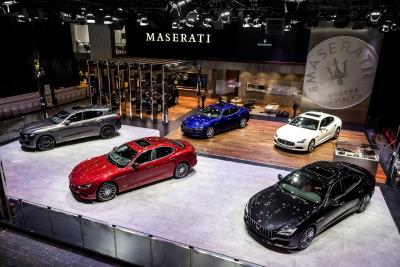 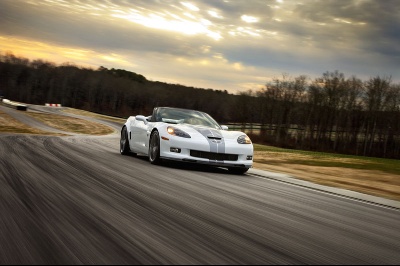 The sea of spectators overwhelming the circuit would be a truly awe-inspiring sight to behold. The vast majority of this horde was there to celebrate the car adorned in red finishing in the top three....
© 1998-2020. All rights reserved. The material may not be published, broadcast, rewritten, or redistributed.