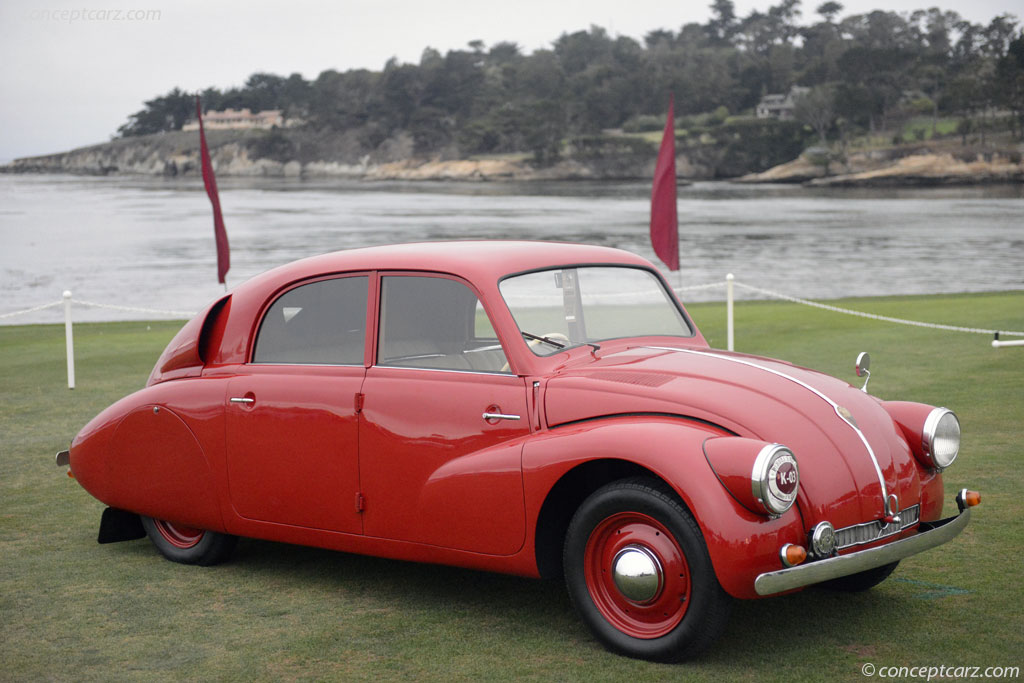 The Tatra Motor Company of Koprivnice, Czech Republic, was founded in 1850 as Schustala & Company, later renamed Nesselsdorfer Wagenbau-Fabriksgesellschaft when it became a wagon and carriage manufacturer. Tatra produced their first motor car in 1897 and in 1918 they changed their name to Kopřivnická vozovka a.s., and in 1919 started to use the Tatra badge named after the nearby Tatra mountains in Slovakia.

Only Daimler and Peugeot can claim to have produced vehicles prior to Tatra, making Tatra the third oldest car maker in the world. Tatra would continue to produce passenger cars until 1999, but the company still produced a range of primarily all-wheel drive trucks.

During the 1930s, the company built advanced, streamlined cars after obtaining licenses from Paul Jaray, which started in 1934 with the Tatra T77, the world's first production aerodynamic car. Power was from an air-cooled, rear-mounted V8 engine which was very sophisticated and technically advanced for its era.

The Tatra T97 was introduced in 1936 and remained in production until 1939, with 508 examples produced. They were a smaller alternative to the larger T87 model. The larger Tatra's had V8 power while the T97 was equipped with a 1.8-liter flat four-cylinder unit offering 40 horsepower. They had a rigid backbone chassis, an independent suspension setup, and hydraulic drum brakes. Instead of three headlights, the T97 had two, along with a single-piece windscreen, and a smaller body.

Following aerodynamic aircraft design principles and with the help of Zeppelin designer Paul Jaray, the Tatra T97 had a short front end which followed rearward, with a curved roofline and a long, and sloping fastback tail. There were integrated fenders, a full undertray, and a rear dorsal fin.
By Daniel Vaughan | Sep 2014

Erich Ledwinka, one of Hans Ledwinka's sons, was responsible for the T97. It was a slightly scaled-down version for the T87 and was almost identical in style. The most obvious difference between the two models is the lack of the sixth window on each ....[continue reading]

In the early 1930s, Tatra designed a rear-engine prototype. In 1934, another entered production, the Tatra 77. It was a big car with a rear-mounted V8 engine. After a few hundred were production, Tatra introduced the T87. It too had a V8 engine but w....[continue reading]