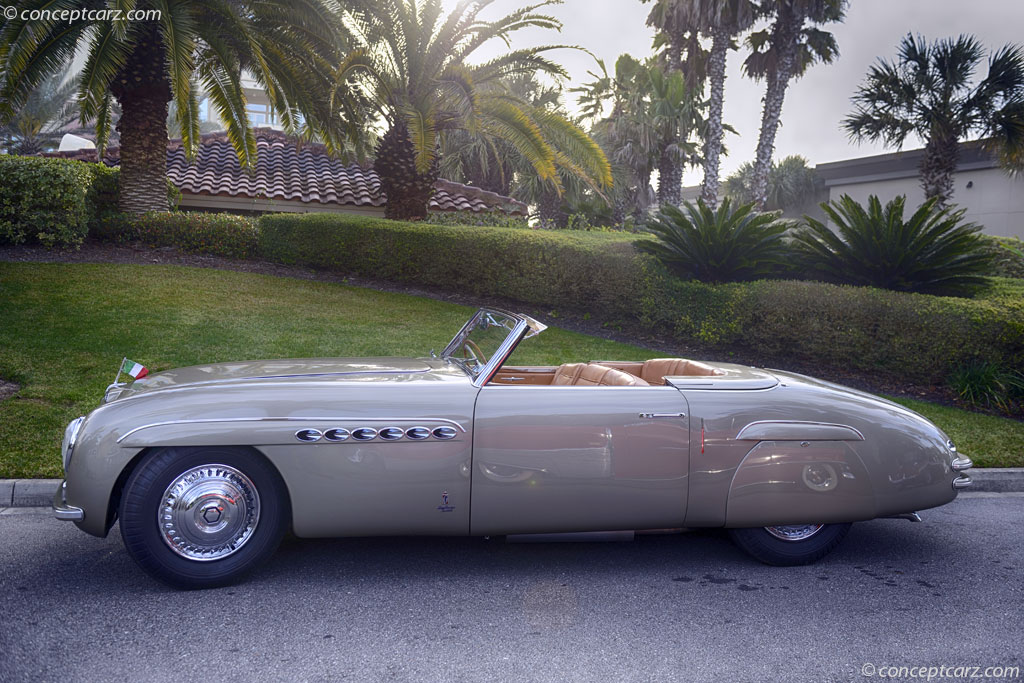 The history of the Alfa Romeo 6C 2500 automobiles are extensive. The various designs and body-styles matched with their mechanical capabilities make this one of the finest Alfa Romeos ever produced.
By Daniel Vaughan | Oct 2006The engine in the 1927 Alfa Romeo 6C 1500 was the basis for a series of engines that would eventually define the marque as one of the great manufacturers of the pre-war era. The Vittorio Jano designed engine was expanded to 1752cc and became the 6C 1750 which, in various body styles and tune, would become the backbone of Alfa Romeo production from 1929 to 1933. Two additional cylinders were later added, becoming the 8C 2300 and ultimately the 8C 2900.

In 1934, Jano introduced a new generation of Alfa Romeo engines, the dual overhead camshaft 6C 2300. The unit had a bore that measured 70mm and a stroke of 100mm. The long-stroke gave the engine high torque for drivability. It was given hallow camshafts for superior lubrication resulting in better reliability. There was an improved light alloy cylinder head with chain-driven camshafts. Also adding to the reliability were the seven main bearings, single-piece block, and head castings, plus a dual-level sump that acted as an oil cooler.

In 1939, the bore was increased to 72mm, resulting in the 6C 2500 with 2,443cc displacement. This engine was mounted in brilliant chassis's that was a reflection of the company's history in Grand Prix competition. At both the front and rear were an independent suspension with parallel trailing arms at the front and swing axles at the rear. Coil springs could be found in the front and torsion bars in the back.

Most of the 6C models were given custom coachwork.
By Daniel Vaughan | Jan 2009

This Touring body is all aluminum and well powered with soft suspension, light steering and more nimble handlin....[continue reading]

This 1942 Alfa Romeo 6C 2500 SS Bertone Coupe was designed by Mario Revelli di Beaumont and is a one-off example. Found many years ago in a barn in Massachusetts, it returned to Italy and a major restoration was completed just in time for the Pebble ....[continue reading]

Alfa Romeo introduced the model 6C 2500 at the end of the 1930's. The name referenced the number of cylinders and displacement of the engine, which was the handiwork of Vittorio Jano. The 6C was available in the plethora of body styles, and wheelbase....[continue reading]

Legendary at the house of Pininfarina as the famous lost 'anti-Salon Car', this 1942, 6C2500 Alfa was purchased and bodied in 1946 by Pininfarina as the 1946 Paris Show Car. Flamboyant in the extreme, its extensive use of lucite and chrome combined w....[continue reading]