Suggested vehicles
Related news
The Ford Model T has an extensive history in the automotive market lasting for nearly 20 years. It is often called the 'Tin Lizzie' and the 'Flivver' and is credited with 'putting America on wheels.' During the early 1900's, the automobile was very new and the marketplace was adjusting to having these horseless carriages carry its passengers rather than bicycles or horses. Steam, electricity, and gasoline were the three means of powering the vehicles. Up until about 1915, no one really knew which would be the favorable power-source. Steam provided many benefits such as being quiet, clean, and cheap. Gasoline or kerosene fuel was used to heat water in a boiler; the steam produced was channeled to the cylinders, where the pressure drives the pistons up and down. The shortcomings were that it took a while to start, having to wait for the steam to prepare. It was dangerous, often exploding and causing injury. It had a limited range, lasting about 20-40 miles before requiring refueling. Electricity was popular but it too had a limited range. It was easy to start and was very popular with the ladies for driving around town. Then there was gasoline, which was dirty and hard to start. It required fueling stations that were sometimes difficult to find in this new and evolving marketplace. The main benefit of the gasoline engine was that it had the most potential and an ever-increasing amount of power. It was said that how a vehicle finished on the race track often determined the success of sales. With gasoline engines winning most of the races, the other sources of power were eventually doomed.

There were over 200 automobile manufacturers during the early 1900's. The average production figures for a factory were a couple of hundred vehicles a year. This of course varied greatly due to the complexity and prestige of the vehicle being produced. Henry Ford, the founder of the Ford Motor Company, produced a vehicle that was affordable, but more importantly, mass-produced. By using an assembly line to construct parts, rather than the traditional hand assembly, the process was streamlined. Using an assembly line process was not new, it had been done before in the meatpacking industry. William C. Klan had visited a slaughterhouse in Chicago. Upon returning from his visit, he proposed the idea to Peter Martin. A team was assembled and perfected through trial and error. The assembly line did not begin operation on the Model T until 1914. The assembly line process streamlined the production greatly, now averaging just over 90 minutes to assemble a car. During 1914, there were more Ford's produced than all other manufacturers combined. At that point 'you get it in any color you wanted so long as it was black'. Henry Ford favored the black color because it dried the fastest. During the years 1917 through 1923, Ford did not do any advertising, with 9 out of 10 cars being Ford, none was necessary.

He paid his workers a wage proportionate to the cost of the automobile, so they would be able to buy what they produced. By introducing these innovations, his factories were able to out-produce and outsell the rest of the industry and mobilize the country. When production of the Model T began, the cost was around $850, around $1200 less than most cars. By the early 1920's, the price of the Model T cost about $300. Ford had found many ways to cut costs and offer the least-expensive product. He instructed his suppliers on how to assemble the wood crates that were used to ship him parts. The crates were then dismantled and used within the bodies of the car. The scrapes were made into charcoal and sold under the name 'Kingsford'.

The smaller engines were favored by Henry Ford. His Model K had used a six-cylinder engine, but when production ceased around 1908, a six-cylinder engine would not be used again by Ford until 1941. The Model K had not been a sales success. While Ford had wanted to produce small and inexpensive vehicles, his board of directors had persuaded him to produce a larger, luxurious, and expensive model. In 1906, Henry Ford purchased the majority of stock leaving him in control and in charge of the direction of the company. After World War I, he purchased the remaining Ford stock so he could dispense with the board of directors entirely. From 1906 through 1908, Ford created the Model N, R, and S which eventually evolved into the Model T.

A 'three speed' planetary gear type transmission was used. This had been used in the Model K but was not suited to such a large vehicle. As a result, it suffered from frequent breakdowns but worked fine in the Model T. The 3-speed unit was actually two-speeds forward plus one reverse. With no clutch pedal, shifting was handled by floor pedals that did not require a clutch. Also located on the floor was a third pedal that operated the reverse gear. The throttle was controlled by a lever on the steering column. Neutral was located by the parking brake lever. The other foot pedal applied a band around a drum in the transmission. The parking brake lever operated the band brakes on the outside of the rear brake drums. When the hand lever was pulled back, the brake was engaged and the drive gears were disengaged.

Sales peaked in 1924 with over 2 million automobiles leaving the assembly line. By this time, many of Ford's competitors had switched to the same principles that had made the Model T successful: a cheap and reliable vehicle built on an assembly line produced in mass quantities. Other manufactures started attracting new buyers by offering amenities, extras, or larger engines. Popular options included windshield wipers, anti-theft locks, and light dimmers. Chevrolet vehicles had three forward gears while the Model T still used only two. Also, since the Model T's were so durable, they were still in functioning order. Meaning that many owners did not need a car or when they did, they usually bought a more luxurious vehicle. The used Model T's were then sold for next-to-nothing. Sales began to dip in 1925 and dramatically in 1926. Production ceased in 1927 for nearly six months while preparations were made for the production of the Model A.

The Model T mobilized a nation, not only the United States but many other countries. With dealerships and factories setup throughout the world, the Model T was mass-produced and easily available to many buyers. Often, the factories were established in other countries to get around an import tax, thus keeping the cost low. The innovative Model T served its purpose. It was inexpensive and reliable, many lasting even to this day.
By Daniel Vaughan | Mar 2006 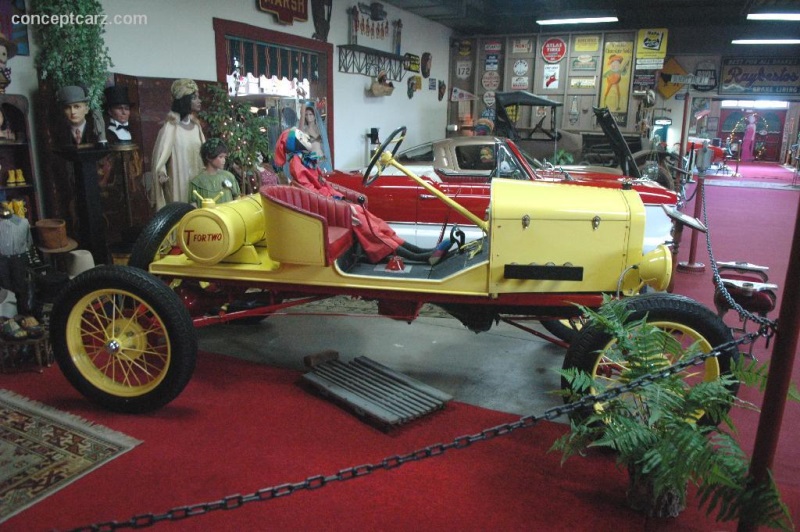 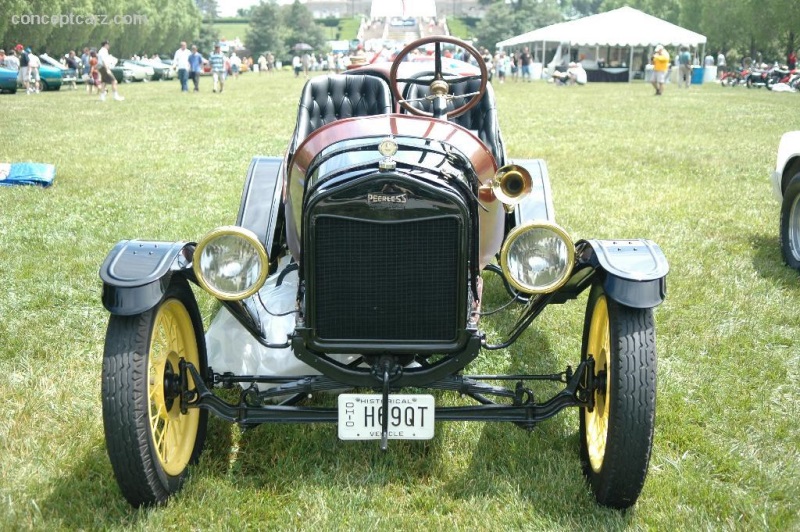 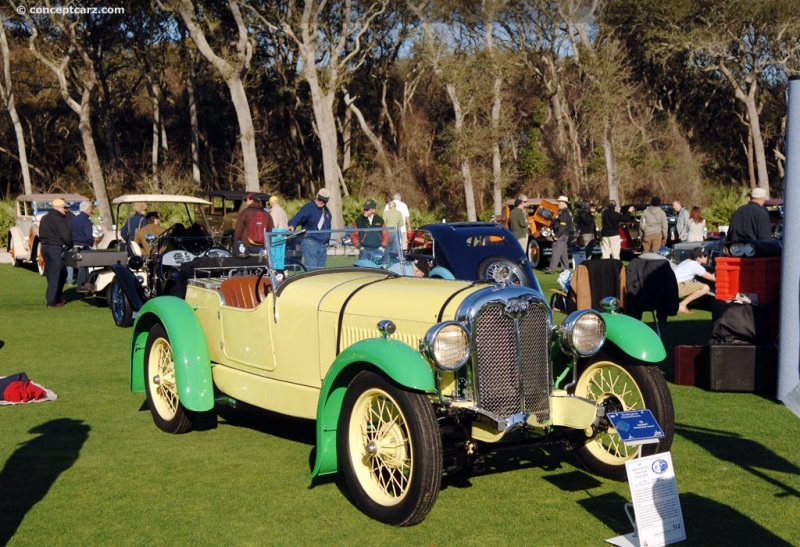 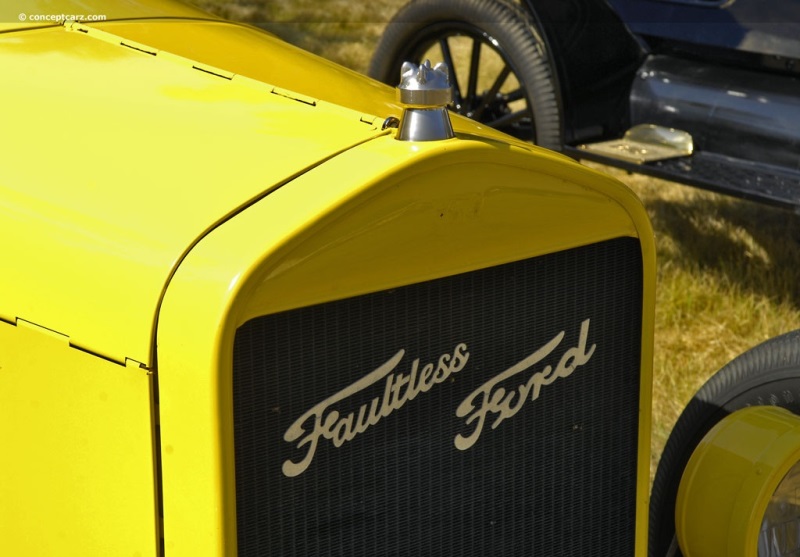