The Iso Grifo, produced from 1965 to 1974, was a front-engine, rear-wheel-drive grand tourer combining American power with Italian styling. A one-off Iso Grifo A3/L prototype was introduced in 1963 at the Turin Auto Show with the first production GL model appearing in 1965.

The Iso Grifo was endowed with styling by Giorgetto Giugiaro at Bertone and sophisticated chassis and underpinnings courtesy of Giotto Bizzarrini. Both individuals were very influential in the automotive scene, with Bizzarrini serving as sports car development chief at Ferrari in the late 1950s, working on such notable projects as the Ferrari 250 GTO. He was part of the 'Great Walkout' of Ferrari in 1961 (joined by four other prominent individuals), founding ATS with Carlo Chiti with the intent of being a direct competitor to Ferrari both on the race track and the street. Soon after, Bizzarrini formed his own company, Società Autostar, whose name was changed to Bizzarrini in 1964. Projects included cars for Iso Autoveicoli S.p.A., creating the Iso Rivolta IR 300 and the Iso Grifo. The collaboration between Bizzarrini and Iso soon ended after the Grifo due to a dispute, leading to Società Autostar building variants of the Iso Grifo under the Bizzarrini marque. Giotto Bizzarrini wanted to continue his efforts in racing while Renzo Rivolta was more conscious of the necessity for the road-going version.

Giorgetto Giugiaro designed many noteworthy automobiles during his lengthy career, including the De Tomaso Mangusta, Iso Grifo, Maserati Ghibli, Maserati Bora, DMC DeLorean, BMW M1, Alfa Romeo Giulia Sprint GT/GTV, and so many others. The design of the Iso Grifo would inspire the shape of Maserati Ghibli created a few years later, with both sharing remarkable similarities, albeit with distinguishable features seen throughout. Both had long bonnets, a sloped roofline,wrap-down style rear trunk lid, and a wide mouth grille.

The Iso Grio was built in two configurations, the A3/L with the 'L' representing Lusso (luxury) and the A3/C, 'C' for Corsa was built for competition. The A3/L represented Renzo Rivolta's vision for the model while the competition version was Bizzarrini's aspiration. A prototype A3/C raced at Le Mans in 1964 where it was piloted by Edgar Berney and Pierre Noblet to 14th place. Its position may have been much higher had brake problems not required a two-hour pit stop. A total of 22 examples of the Grifo A3/C were built prior to the Rivolta and Bizzarrini split. The Grifo GL was produced at Bresso, while the A3/C examples were built at Piero Drogo's Sports Cars of Modena, under Bizzarrini's supervision.

Power was supplied by a Chevrolet small-block 327 cubic-inch (5.4-liter) V8 engine backed by a Borg-Warner 4-speed manual transmission. It offered 300 to 350 horsepower depending on the state of tune. The pressed steel and welded panel chassis had a wheelbase size of 2700 mm (106.3-inches) and a length of 4760 mm (187.4 inches) with a deDion setup in the rear with unequal-length wishbones at the front. Stopping power was provided by disc brakes at all for corners.

The Grifo 7 Litri model was introduced in 1968 and powered by a Chevrolet L71 big-block, a Tri-Power version of the 427 engine. It produced an advertised 435 horsepower at 5,800 RPM and the factory claimed it gave the Grifo a top speed of 186 mph. To accommodate the massive engine, a large scoop, called the 'Penthouse,' was added to the hood. The engine bay was enlarged and the chassis received additional bracing to cope with the increase in power.

The Series II cars arrived in 1970 following styling changes made to the nose section that included hideaway headlights. The IR-9 'Can Am' versions were equipped with the Chevrolet 454 7.4-liter engine. The Grio IR-8 of 1972 used a small-block Ford Boss 351 engine. These models also had the hood scoop to accommodate the large engines.

In 1962, the Milan car manufacturer ISO introduced its second model, the Grifo. The first was the Rivolta. Giorgio Giugiaro of Bertone designed the body and Giotto Bizzarrini, creator of the Ferrari GTO, engineered it. The Grifo was powered by a Chevrolet 5.3 liter V8 and sat atop a shortened Rivolta platform. The engine was placed in the front and drove the rear transaxle. The Borg-Warner T4 4-speed....
Continue Reading >>

Founder and head of Iso S.p.A. of Bresso, Renzo Rivolta began his business Isothermos in refrigerators before moving on to automotive design. The company is well known for its bubble cars and motorcycles, but their claim to fame lies in their performance GT car Iso Grifo. In 1960 Renzo was immensely attracted to the British Gordon GT prototype. Borrowing it for inspection Renzo also borrowed some....
Continue Reading >> 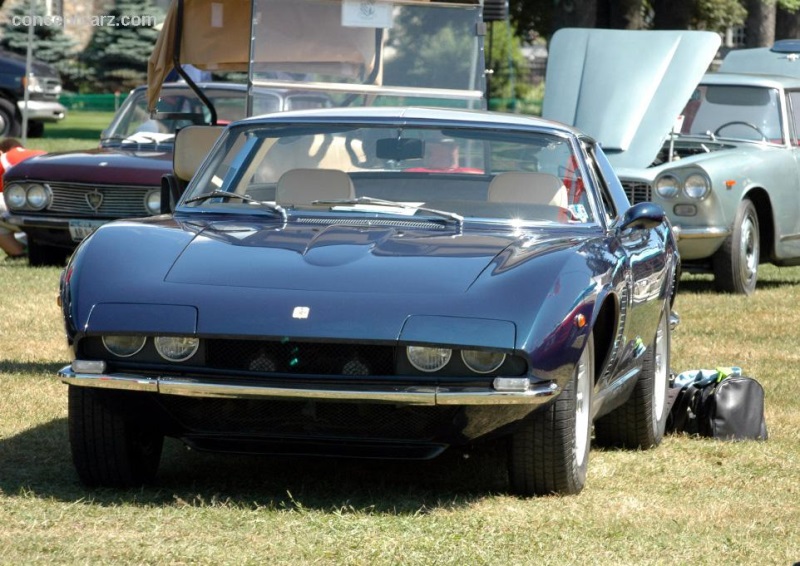 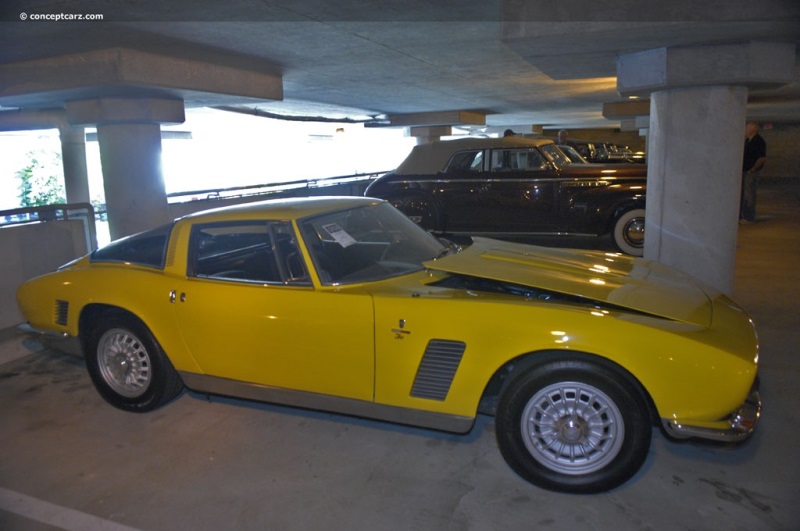 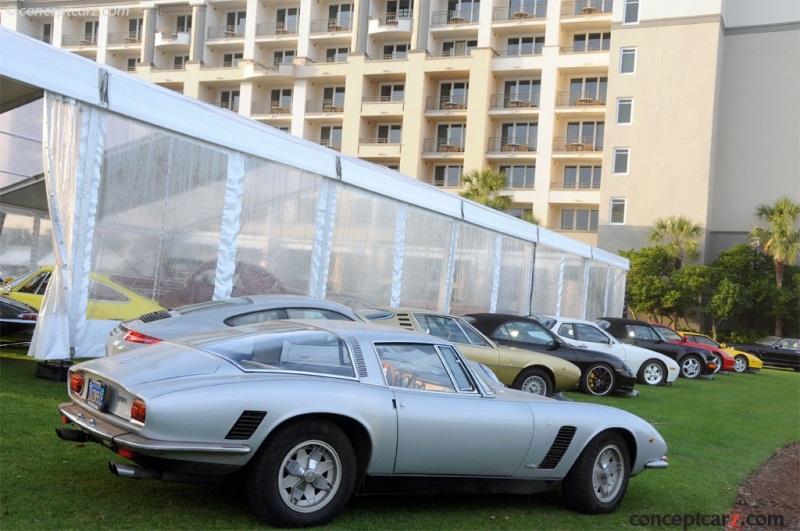 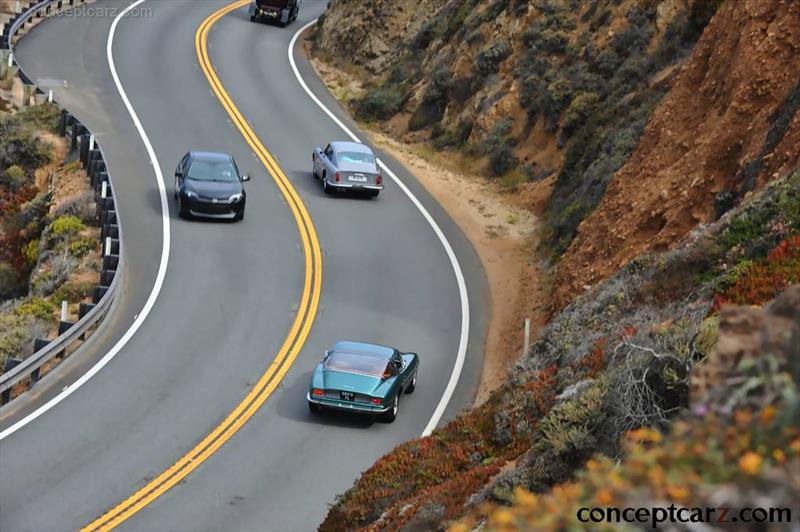 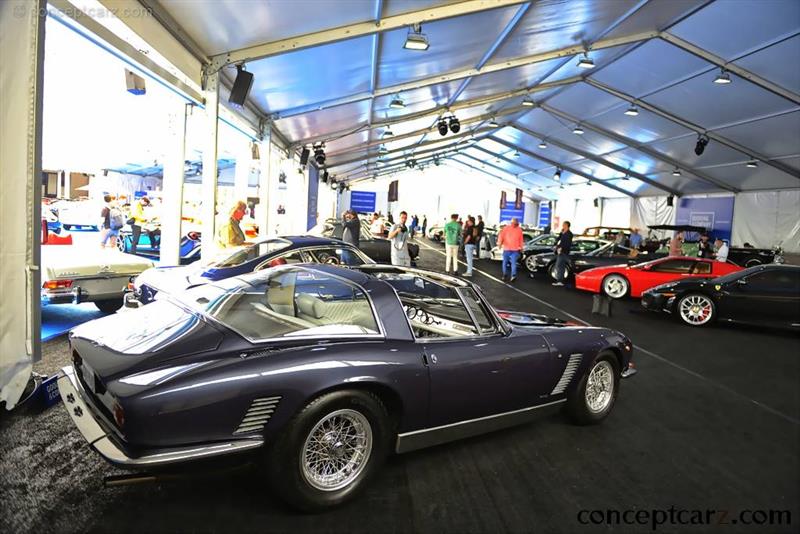 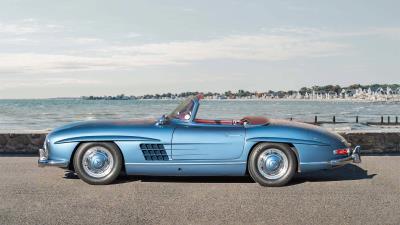