In 1998 a limited edition version of the Vantage was introduced and dubbed the V600. Outfitted with the 5.3 liter V8 and fitted with dual superchargers, the car was capable of producing an astonishing 600 horsepower. Some of the design cues were taken from the DBR1 LeMans racer that won the 1959 LeMans race. Production was low due to problems with emission regulations. Instead, Aston Martin introduced the V12 Vanquish in 2001.

During the production of the Aston Martin V8, it was hailed by many as Britain's 'super car'. It's eight-cylinder engine was a bold move for the small, low production quantity Aston Martin firm. In the end, it was the right decision and one that carried the company for many years. Its performance was legendary and the design was elegant.
By Daniel Vaughan | Jul 2006 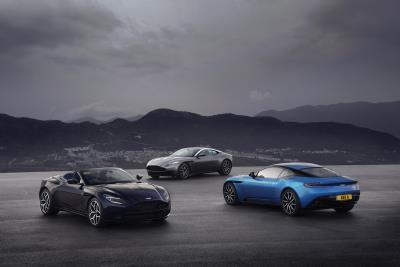 70 years since the launch of the DB1, the first Aston Martin launched under David Browns ownership V12 and V8-powered DB11 Coupe and DB11 Volante gather at Auto China 2018 Close to half of all Ast...

138 total vehicles produced by Aston Martin in 1982
© 1998-2020. All rights reserved. The material may not be published, broadcast, rewritten, or redistributed.