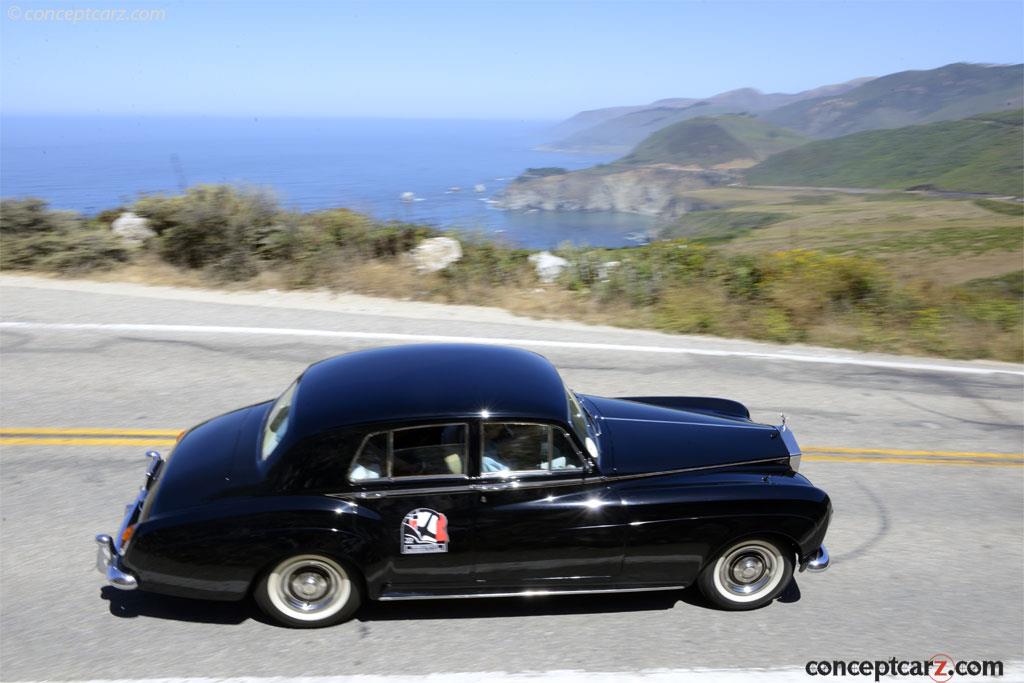 The Rolls-Royce Silver Cloud was produced from April 1955 to March of 1966. It served as a replacement for the Silver Dawn which had replaced the Silver Shadow. It wore a design by J.P. Blatchley that is considerably different from the prior pre-war models and its Silver Dawn sibling. Built alongside the Bentley S1, both were similar in design, apart from the radiator grills.

Rolls-Royce Silver Cloud I used a 4.9-liter six-cylinder engine. Competition from its rivals prompted the development of a V8 powerplant to replace the ageing six-cylinder unit. The Crewe firm turned to Chrysler and Cadillac built engines for inspiration. Introduced in the autumn of 1959, the Rolls-Royce Silver Cloud II and Bentley S2 were visually indistinguishable from their Cloud and S-Type predecessors, however the performance was considerably enhanced due to the new 6,230cc aluminum-alloy V8 engine. The engine was mated to Rolls-Royces own four-speed automatic transmission which was now the only unit offered, and power steering was standardized.

In October of 1962, the third versions, the Silver Cloud III and the Bentley S3 were introduced to the public. Changes over the prior Silver Cloud II included a weight reduction by over 100 kg, changes to the interior and external dimensions, and improvements to the engine which included larger 2-inch SU carburetors. Due to the higher octane levels of premium fuel in many markets, the compression ratio was increased to 9:1, with a lower 8:1 compression ratio still optionally available where to high octane fuels might not be available. To cope with the increase in horsepower, the engine was given a nitride hardened crankshaft and the transmission was a GM Hydramatic which Rolls-Royce used under license.

The Rolls-Royce Silver Cloud III had a four-headlamp layout, devoid of sidelights from the wing tops, a slightly lower radiator grille height, and a hood with a slightly increased slope. In April of 1963, the chrome-plated wheels were replaced by stainless steel units. In January of 1964, wider front seats were installed, followed a few months later by a revised headlamp surround with a small RR monogram. Many of the European and UK delivered examples received a chrome badge that displayed 'Silver Cloud III' in an italic font on the right bottom side of the rear trunk. The U.S. delivered versions often do not have this badge.

The Silver Cloud II was the last mainstream Rolls-Royce to use a separate chassis; they were superseded by the Silver Shadow in late 1965 which had unitary construction.
by Daniel Vaughan | Jun 2019

In 1904, Frederick Henry Royce built his first car, the Royce. That same year he teamed with Charles Stewart Rolls and Rolls-Royce was born.....[continue reading]

In 1962, Rolls-Royce introduced the Silver Cloud III series. Major differences from its predecessor Series II Silver Cloud included a lowered bonnet line and quad headlights, along with a 15% increase in power brought about by a higher compression r....[continue reading]

The Silver Cloud III H.J. Mulliner Convertible, with only 96,756 miles was originally delivered to Mrs. Esther Johnson (the current owner's mother) in late 1963. It has never been outside the family's ownership. It had deteriorated over the years and....[continue reading]

This Silver Cloud III was the final generation of the Silver Cloud, which ended in 1966. This car has a top speed of 117 mph.....[continue reading]

This is one of 27 left drives ever built. This 38,000 mile factory air-conditioned specimen was first acquired by the current owner in 1997 in entirely original near-mint condition. It was originally delivered October 31, 1963, by the Beverly Hills....[continue reading]

This 1964 Rolls-Royce Silver Cloud III Saloon, chassis number LSDW35, is a late-production example that has had just two owners since new. It is an original left-hand drive example. The first owner was Richard Bernard 'Red' Skelton, the actor, artist....[continue reading]

One of 25 genuine left-drives built, this example was shipped from Philadelphia, Pennsylvania to the Rolls-Royce Motors, Ltd. Service Department at Hythe Road, London for the original owner in August, 1977, at 58,000+ miles, 'to be returned to mind c....[continue reading]

This is a never corroded or collision damaged example of 25 left hand drives built. It was originally delivered to Beverly Hills, California on October 16, 1963 and resold shortly thereafter to the famed New York Metropolitan Opera tenor, Sergio Fran....[continue reading]

Prior to World War II, Rolls-Royce made only chassis with the bodies being supplied by custom coachbuilders. In 1946, they introduced all new Rolls-Royce and Bentley models, completely different from the pre-war cars. These remained essentially the s....[continue reading]

This Rolls-Royce Silver Cloud III Saloon was built to United States specification and left the factory with optional power windows, air-conditioning, and a radio with electric aerial. The first owner was a Tampa, Florida resident who took possession ....[continue reading]

This Silver Cloud is one of only two left drive specimens of this aluminum bodied Sports Saloon built and the only one known to exist. It was recently acquired from the estate of it's second owner, televangelist Reverend Ike.....[continue reading]

The Silver Cloud was the zenith of prestige and luxury, carrying on the Rolls-Royce name from 1955-1965, when the Silver Shadow arrived. A total of 7,248 cars were produced during the production run, outselling its sister Bentley S-Series nearly ten-....[continue reading]

Rolls-Royce built 2,044 examples of the standard Silver Cloud III. This particular example was delivered to Liverpool for shipment on January 29th of 1964 and arrived in New York on February 17th of 1964 and into the care of its first owner Luella D.....[continue reading] 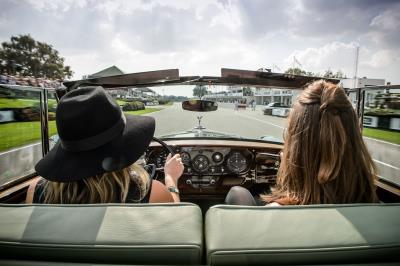