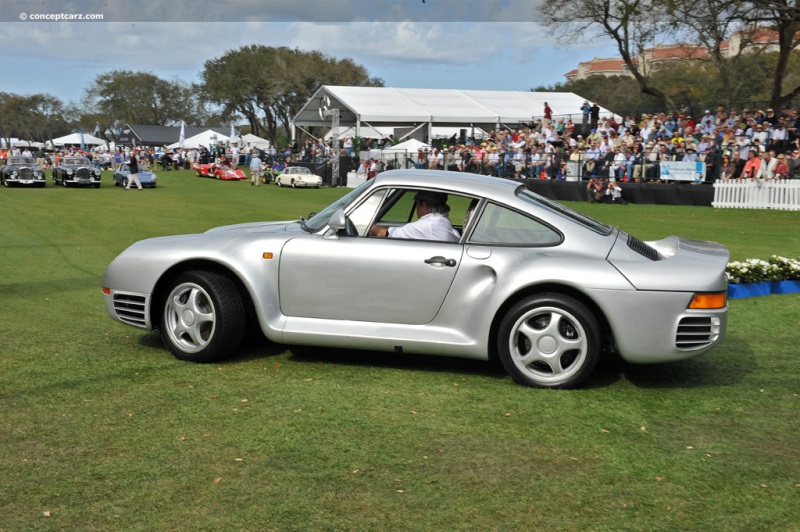 In 1981, development of the 959 began. Helmut Bott, the head engineer at Porsche, wanted to create a sports car based on the 911 that would take their product to the next level in performance, technology and design. He began by collaborating with Peter Schutz, the Managing Director at Porsche, about his ideas. The ideas proposed were to continue with the rear engine configuration, examine the potential of all-wheel drive, and to put the prototypes through extensive testing and research in the form of racing competition.

Prior to 1999, the 959 was not street legal in the United States. The United States Department of Transportation required that all manufacturers supply four vehicles for crash testing - Porsche refused and thus, never certified by the NHTSA for use. In 1999, the 'Show and Display' crash test requirements were removed and importation of the 959 became legal. Emission regulations require the vehicle to be fitted with catalytic converters and other minor modifications to be made before it is street legal. Many owners refuse and their vehicles remain as show pieces rather than road-legal automobiles.

The 959 uses an aluminum and kevlar composite that keeps the vehicle low in weight while maintaing strength. The 2.8 liter engine is mounted in the rear while powering all 4-wheels. Instead of creating a new engine, Porsche used the twin-turbocharged Boxter six-cylidner power-plant. The air-cooled block, 4-valve heads, and water cooled cylinder heads, coupled with the turbochargers were capable of producing 450 horsepower. The engine had been used for multiple projects such as the Porsche Indy Car, 'Moby Dick' race car, and the 961. As a result of the lightweight car and extremely powerful engine, the car could propel from zero to sixty in just 3.6 seconds and had a top speed of nearly 200 miles-per-hour. When a car approaches 200 miles-per-hour, it becomes very unstable. To address these potential issues, Porsche engineered the aerodynamics, suspension, and automatic ride-height to keep the car stable at speeds.

The all-wheel drive system was very advanced. The Porsche-Steuer Kupplung (PSK) system was capable of changing the torque distrubtion between the front and rear wheels. This aided in slippery conditions, under hard acceleration, and other conditions that may cause a weight-distribution bias.

In 1983, the 961 version was introduced. This race-prepared version captured two wins at the 1984 and 1986 Paris-Dakar Rally. It was entered in the grueling 24 Hours of LeMans where it finished 7th place overall.

In 1987, the 959 street version of the 961 race car went on sale for a mere $225,000. Even at that hefty price tag, it was far less than what Porsche had paid to have it developed and produced. Production continued until 1990. During that time, 226 European street-legal examples were produced.

The Porsche 959 is a supercar manufactured by Porsche AG from 1986 to 1989, first as a Group B rally car and later as a road going vehicle designed to satisfy FIA homologation regulations requiring that a minimum number of street legal units be built....[continue reading]

Porsche has long had a tradition of building dynamic sportscars in neat little packages. Cars like the 911 not only set standards for performance, but do so while appearing for the common man. It is precisely this non-elitist sense that removes the c....[continue reading]

The 959 by Porsche was originally conceived for Group B rallying. With the end of FIA's Group B Rally Championship, which required production of 200 street legal cars, the 959 was offered in 'Komfort' or 'Sport', and a total of 329 cars were produced....[continue reading]

Two fascinating characters from the early days of motor racing will be honoured at this years Donington Historic Festival (30th April, 1st %26 2nd May). Tazio Nuvolari will be celebrated in the HGPCAs... 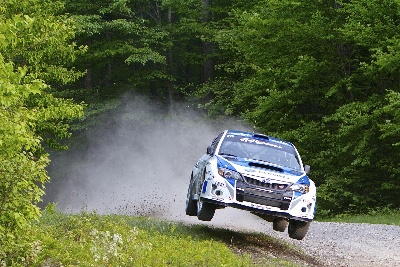 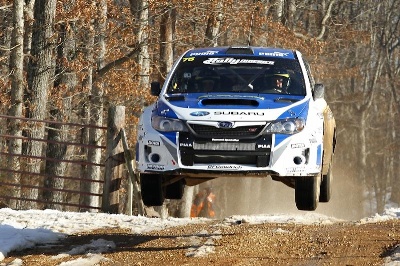 HIGGINS AND DREW CLAIM FIRST RALLY IN THE 100 ACRE WOOD VICTORY Salem, MO (February 24th, 2013) -- The sudden arrival of winter ice and snow conditions could not prevent Subaru Rally Tea...
© 1998-2020. All rights reserved. The material may not be published, broadcast, rewritten, or redistributed.