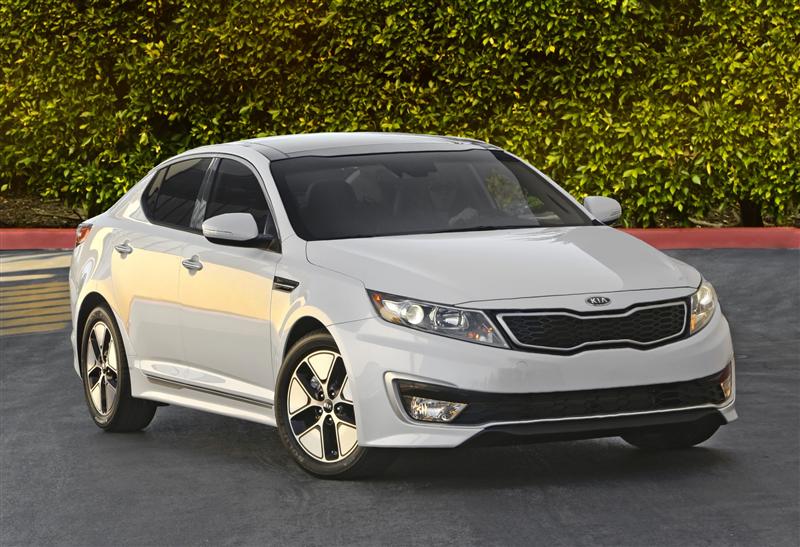 2011 Kia Optima Hybrid Will Offer Class-Leading Estimated 40 mpg Highway Fuel Economy Blended with Technology, Efficiency and Design
• New Optima iteration utilizes state-of-the art lithium polymer battery for increased fuel efficiency• Addition of hybrid model continues Kia's dramatic brand transformationIRVINE, Calif., November 17, 2010 - As the latest model in Kia's design-led transformation, the all-new 2011 Optima midsize sedan lineup expanded today with Kia Motors America's (KMA) introduction of the all-new Optima Hybrid at the Los Angeles Auto Show. With a stunning design, roomy interior, and an estimated 40 mpg class-leading fuel efficiency, Kia's first-ever hybrid in the Ú.S. will attract those looking for a striking and well-equipped sedan that does not sacrifice style, comfort, performance or value for fuel efficiency. Set to hit showrooms early next year, the Optima Hybrid employs a Kia-developed powertrain that includes several innovations that enable it to provide exceptional hybrid performance and efficiency. 'Kia Motors is aggressively expanding its green car investments and R&D in much the same way we committed ourselves to the quality and design innovations over the last decade that have fueled our dramatic brand transformation,' said Michael Sprague, vice president, marketing & communications, KMA. 'By adding our first-ever hybrid in the Ú.S. to the Optima lineup we are providing consumers with three powerful and fuel-efficient powertrain choices, and continuing Kia's philosophy of offering stylish, value-packed vehicles with outstanding fuel efficiency.' The 2011 Optima Hybrid uses a full parallel hybrid system and can be driven in zero emission, full-electric drive mode at speeds up to 62 miles per hour or in blended gas-electric mode at any speed. When the car comes to a stop and the electrical load is low, the engine shuts off to completely eliminate idle fuel consumption and emissions. Durable Lithium Polymer Battery 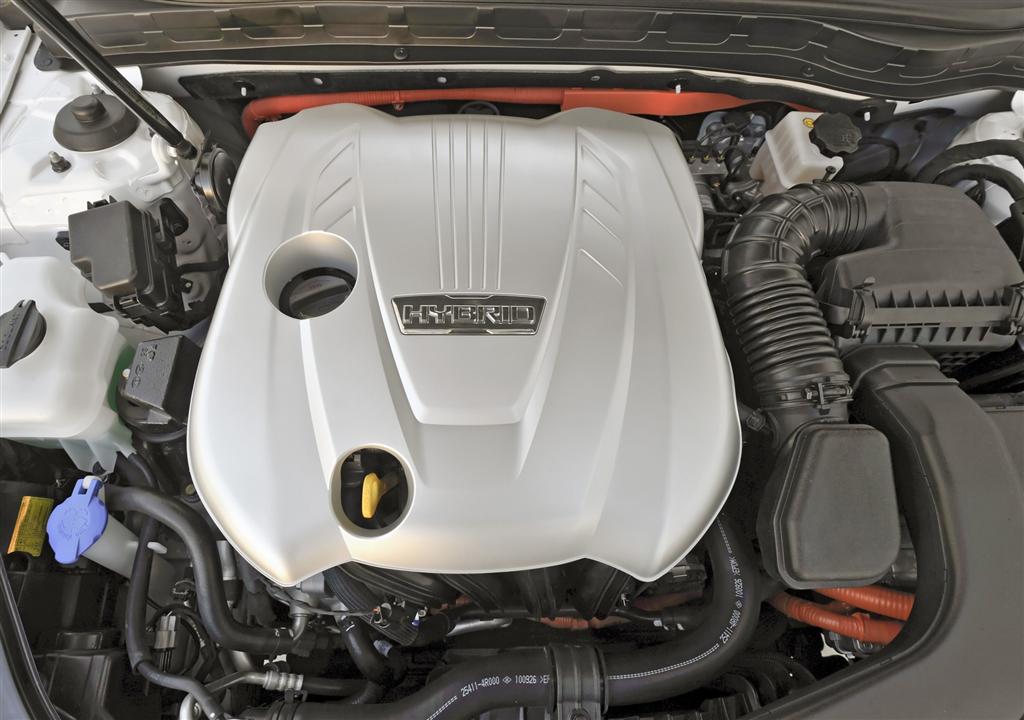 The 2011 Optima Hybrid's outstanding efficiency is due in large part to the use of a lithium polymer battery, which was developed in South Korea with partner LG Chem. The power and energy density of this new battery type allowed Kia engineers to create a lighter and more compact battery pack, with the 30 kilowatt battery pack weighing just 95.9 pounds – 28 pounds less than the 2011 Toyota Camry Hybrid's nickel metal hydride pack – which aids fuel economy and also helps to maximize Optima's cargo space. The Optima Hybrid's battery will hold its charge up to 25 percent longer than hybrids with nickel metal hydride batteries, so the battery is more likely to have usable energy available even if it has not been in use. Both fuel consumption and emissions are cut, allowing more electric starts and drive-aways. With that improved efficiency, more of the recovered kinetic energy and charging energy from the engine is available to move the car as necessary, which allows the vehicle to provide electric driving assist more often and for a longer period. Lithium polymer also has less of the self-discharge characteristic found in most rechargeable batteries. Únique Hybrid Architecture 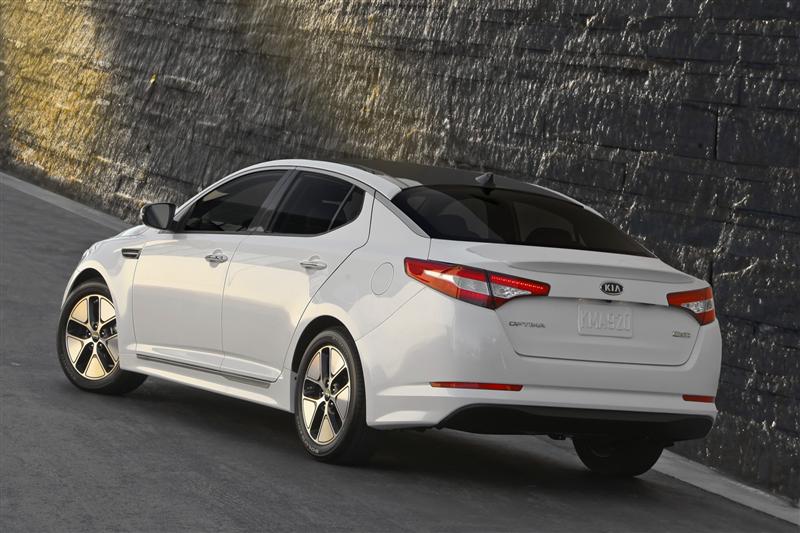 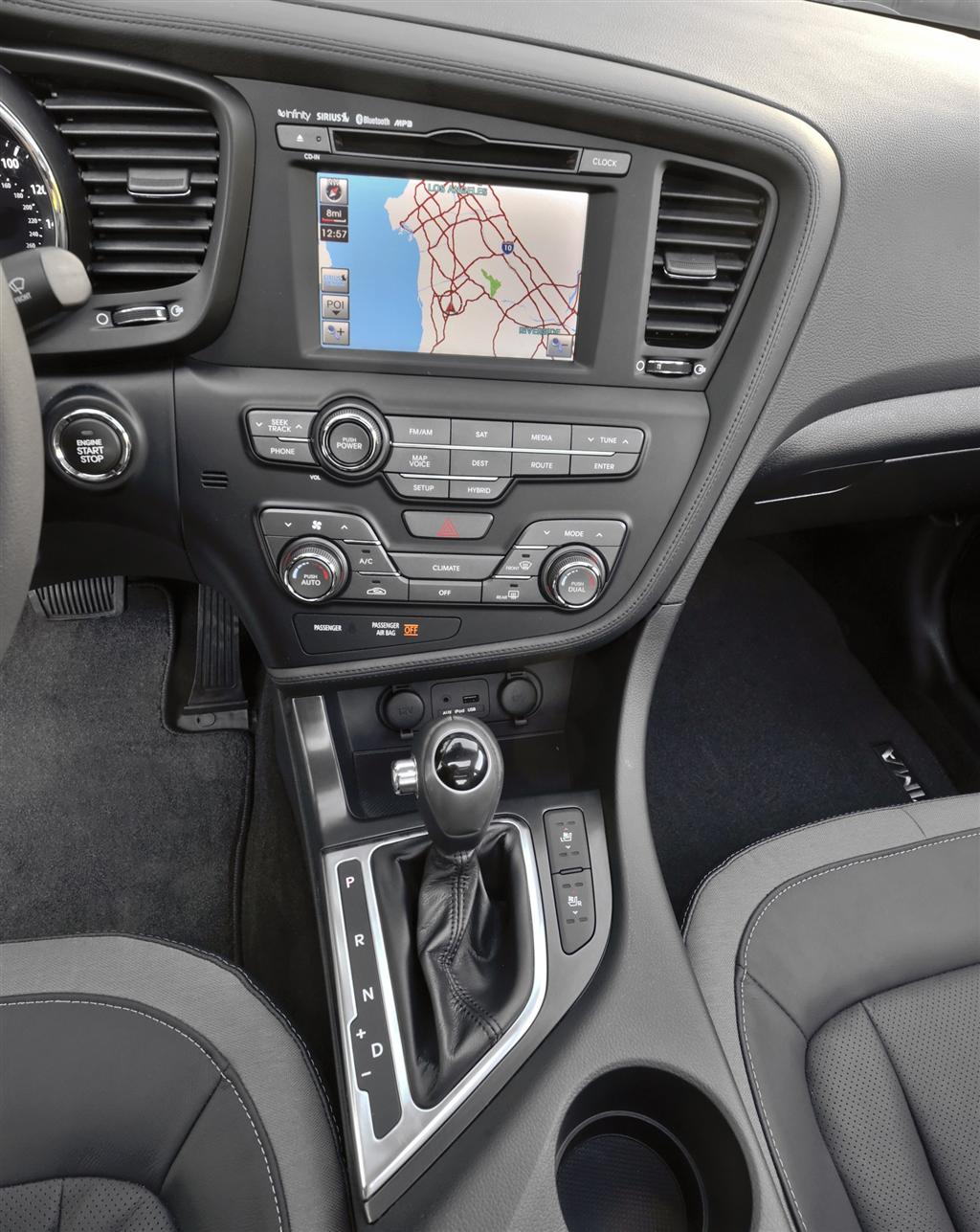 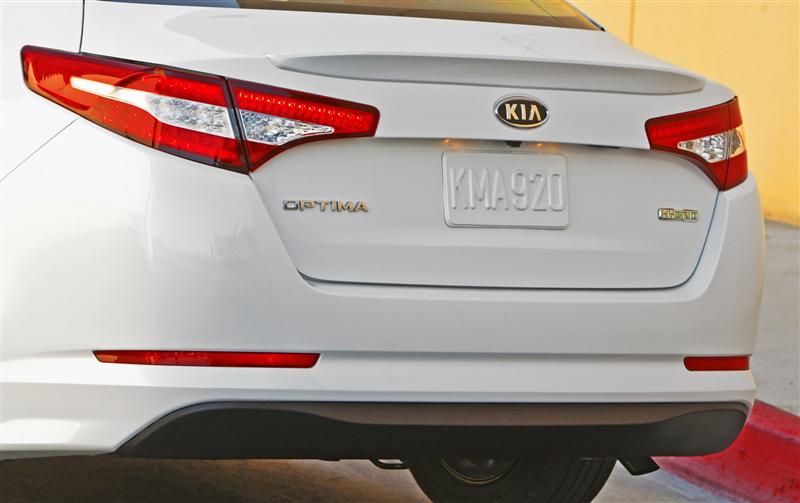 Kia Motors is in the midst of a dramatic, design-led transformation, which has been delivering dynamically styled vehicles in several important segments at exactly the right time, contributing to the brand's continued gains in Ú.S. market share. With three new vehicle introductions and several other key initiatives planned for 2010, Kia is poised to continue its momentum and will continue to build the brand through design innovation, quality, value, safety features and with new technology such as the soon-to-come ÚVO powered by Microsoft®4 advanced hands-free in-car communication and entertainment system. The launches of the all-new 2011 Sorento CÚV, the first vehicle to be assembled* at Kia's first Ú.S.-based manufacturing facilities in West Point, Georgia, and all-new 2011 Sportage compact CÚV, further enhance the lineup, and are both available in retail showrooms.Source - Kia