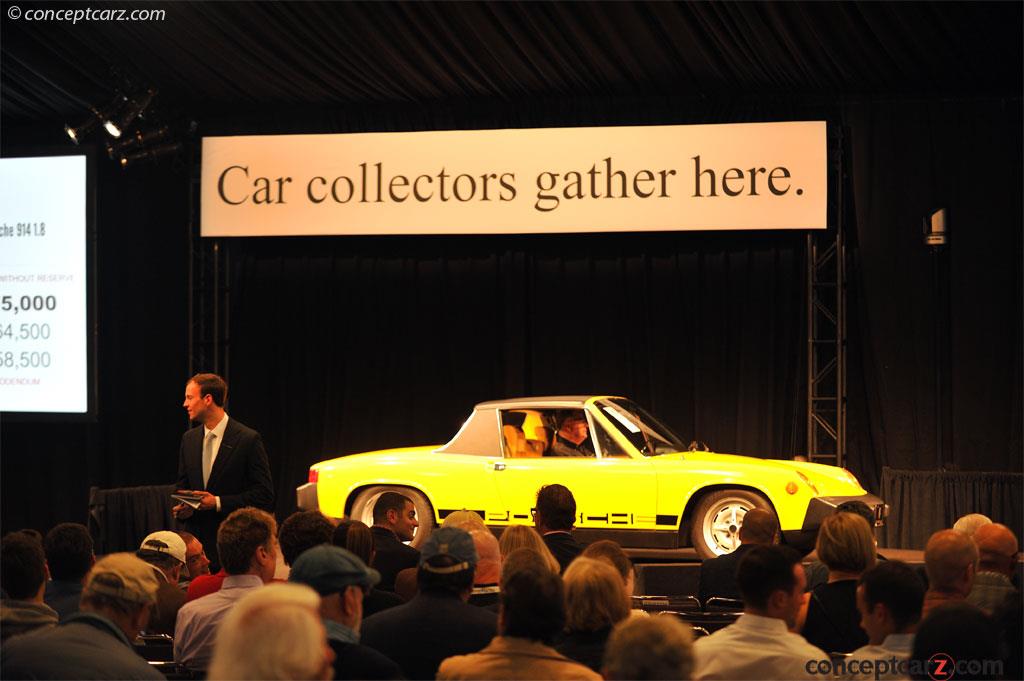 For 1974, Porsche gave the 914 a slightly larger 1795cc base engine, while the optional engine that was introduced in 1973 remained the same. The 1.8-liter overhead-valve powerplant produced 72.5 SAE horsepower and was fitted with a Bosch fuel injection system. The optional 2 liter engine produced slightly more power, rated at 91 SAE. The 914 had a five-speed manual gearbox and disc brakes in both the front and rear.

The 914 was available with several available packages / options including the performance group option and the appearance group. The appearance group added leatherette-covered steering wheel, leather boot for the gearshift lever, dual-tone horn, center console with gauges and clock, and bumper-mounted foglamps. The performance options included cast alloy wheels, a front spoiler, plus stabilizer bars in both the front and rear.

The Porsche 914 was introduced in September of 1969 as a collaborative effort between Porsche and Volkswagen to produce a sporty car. The car they came up with was a mid-engined vehicle with seating for two and featured a targa top. A 4-cylinder boxer engine provided the power. Volkswagen needed a vehicle to replace the aging Karmann-Ghia while Porsche was looking for another option to add to their....
Continue Reading >>

This Porsche 914 1.8 was imported to the United States through San Francisco and sold new by Felton Porsche-Audi of Mill Valley, California, to William V. Shaw of Los Altos. It left the factory finished in Summer Yellow with Bucksin leatherette inter....[continue reading]