Rolls-Royce received an order from Franco Britannic Auto of Paris, the agent for the Aga Khan III, on April 25th of 1950, prior to the first Phantom IV reaching its intended customer. The new Rolls-Royce offered both exclusivity and prestige. The Phantom IV purchased by Aga Khan III was a Sedanca de Ville wearing coachwork by Hooper. It was constructed on the original 'A-Series' chassis and supplied with a special steering position, French-type headlamps, US-type bumpers, flog lamps and a continental chassis plate. It spent most of its early life along the Riviera.Of the 18 examples of the Phantom IV built, this is the only one with this body style. The design was penned by Osmond Rivers, chief designer at Hooper. It has long flowing front wings and articulating rear-wheel covers that open in a most unorthodox fashion, allowing full access to the rear wheel. It also features the Hooper-patent de Ville extension over the front seat which, when not in use, is hidden by sliding in one piece under the rear portion of the roof.
The front doors were designed to be large and to open as wide as possible. All doors were fitted with the best quality locks, concealed hinges, Hooper-pattern streamlined outside handles, and combined remote control and pull-handles to all doors.
Inside, there is room to accommodate three passengers on the rear seat with two occasional seats facing forward and designed to fold flush into the back of the division. There are removable shutters which can be fitted to the quarter windows. Also increasing the privacy for the occupants, there is an electrically operated shade which covers the rear window. All windows, including the division, were electrically operated and controlled by self-canceling switches. All window mechanisms were also fitted with a manually operated winding device for use in an emergency.the armrest in the rear seat contains an adjustable mirror, silver brush and comb, two glass jars and a sterling silver compact. All of these items were engraved with Aga Khan's royal crest. Rear passengers were also treated with telescopic ashtrays, lighters and two small tables which sung from the division above the occasional seats.There is a cabinet of polished French burr walnut that contains a full picnic set, complete with two thermos flasks, two sandwich boxes, four plates and one nest of four silver breakers with gilt interior. The cabinet illuminates with the opening of the door. The vehicle was originally finished in dark forest green with a lighter olive green band at the waistline to match the Aga Khan's Phantom III. The rear cabin was upholstered in Connolly's red leather throughout with red cloth headlining and matching mohair rugs, loose covers, squabs and cushions. The royal crest was applied to the doors.The work was completed in the early 1950s and it was loaded aboard the S. Maidstone on April 26th of 1952. Its journey took it to Villa Yakimour in Cannes, France. Upon delivery, it was registered in France and retained at the Aga Khan's estate where it served as the transportation of choice for the immediate family and their guests. The car served Aga Khan for the remainder of his days. After he passed away, it was sold by his widow. When Rolls-Royce has sold the car to Aga Khan, they had included a clause which stated he was not to sell the car. Mr. Potter of Nyack, New York purchased the car and imported it to the United States in the Spring of 1960. This quite possibly could have marked the very first occasion a Phantom IV had ever been on United States soil. After passing through a dealer on the East Coast, the car was sold to Charles Wolf, owner of the Lennox Hotel Company of St. Louis. It is believed that the Mayfair-Lennox hotel used the Phantom IV to collect guests at the airport. The limited luggage capacity and complex logistics ultimately made the proposition impractical.
Elwood L. Hansen became the car's next owner in 1963. In 1969, it was purchased by Tom Barrett who then sold it to television producer Burt Sugarman. Mr. Barrett re-purchased the car in 1976. In 1983, it was sold to John Duncan, and would pass through several more owners throughout he years.
In 2011, the car was offered for sale at the Gooding & Company auction held in Pebble Beach, CA. It was estimated to sell for $850,000-1,100,000. Bidding failed to satisfy the vehicle's reserve and it would leave the auction unsold.
By Daniel Vaughan | Nov 2011
First designed at the request of Princess Elizabeth (now Queen Elizabeth II) and the Duke of Edinburgh, the Phantom IV was made available to royalty and heads of state only. Just 18 were made. 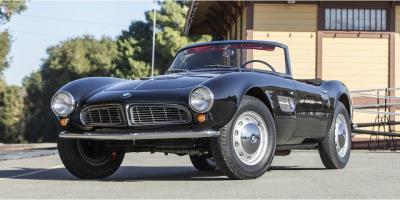 A 1959 BMW 507 Series II, estimate US%241,900,00 – 2,300,000, arguably the most collectible and coveted BMW to date, will lead a Teutonic trio of newly consigned collectors convertibles crossing the block at the forthcoming 10th anniversary Bonhams Scottsdale... 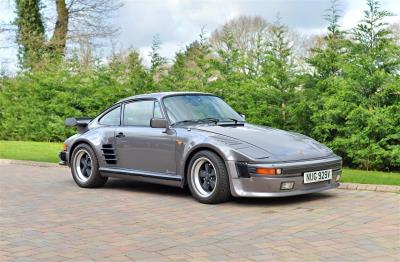 Barons Heats Up For Summer Classic

Following a very strong start to the year, Barons is now hard at work on its Summer Classic sale, at Sandown Park on Tuesday, July 17. As characterises most Barons sales, this features a diverse line-up of entries, with something to appeal to every... 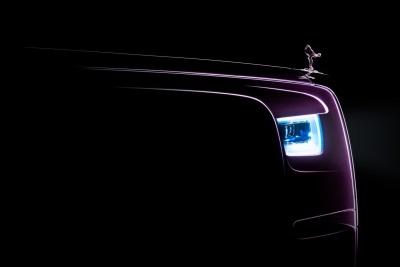 Today, as excitement builds towards the premiere of The Great Eight Phantoms Exhibition at Bonhams in Mayfair, London next week, Rolls-Royce has announced the final three great Phantoms that will join the event. In addition it has released one teaser...

Kimi Raikkonen bagged his second podium on the trot in Barcelona, charging hard to finish third behind first time grand prix winner Pastor Maldonado and, by just half a second, Fernando Alonso. The Finn was disappointed not to finish on the top step,... 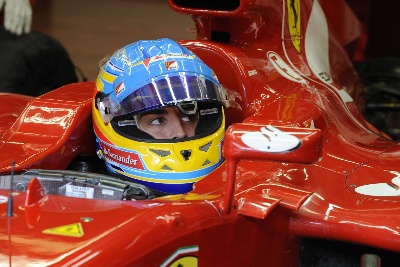