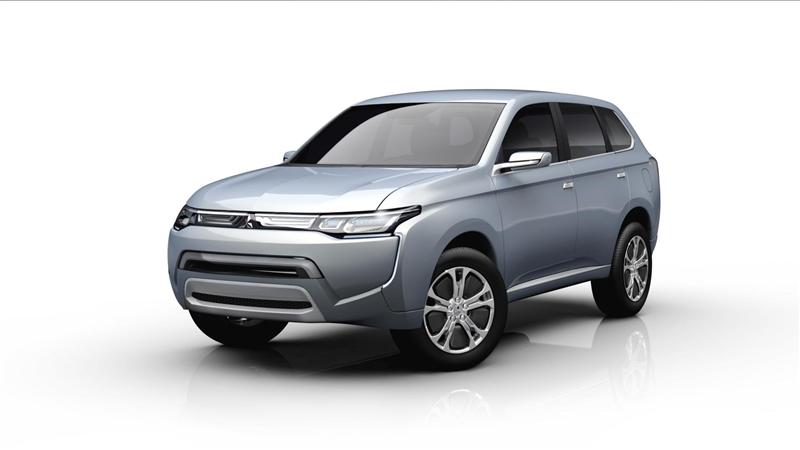 MMC has been focusing its EV technology in the Japanese minicar class. MMC became the first major automobile manufacturer to bring a mass-produced electric vehicle to market when it rolled out the i-MiEV next-generation EV in 2009. The company will introduce its second mass-produced EV—the MINICAB-MiEV minicar-class light commercial EV—in December this year. These models are very popular as city commuters—vehicles used for transporting small groups of passengers over short distances in urban areas.

MMC's plug-in hybrid system uses high-capacity batteries that allow the vehicle to cover over 50 km in all-electric mode alone, allowing it to be driven solely as an EV for most everyday situations. Depending on power consumption and remaining battery charge the system will start the engine automatically as a generator, and the engine can also be used to help drive the wheels as necessary. In addition, with the push of a button, the driver has the freedom to select Battery Drive Mode when he/she wishes to drive quietly and emissions-free (at sufficient battery levels) in residential areas or the countryside using pure EV power. At the same time, the driver can also switch to Battery Charge Mode while on the move, controlling use of battery power and using the engine as a generator to charge the batteries.

A socket fitted to the vehicle allows the electricity stored in the drive batteries to be used to power electric appliances when camping or in other outdoor pursuits, or to provide an emergency power source. In addition, the quick-charge port is vehicle-to-home (V2H) compatible.
Another feature of the MITSÚBISHI Concept PX-MiEVII apart from its outstanding environmental performance is its drivetrain which uses a newly developed twin-motor four-wheel-drive system mated to Mitsubishi's S-AWC (Super-All Wheel Control) advanced traction control system. Based on the four-wheel-drive technology developed and honed in the Lancer Evolution X models, S-AWC delivers pure driving pleasure by maneuvering effortlessly to the driver's will while maintaining high levels of stability and safety. In addition to superior handling, the MITSÚBISHI Concept PX-MiEVII provides 100% instant off-the-line torque inherent to electric motors, giving it acceleration comparable to that of a 3.0-liter V6 engine. The MITSÚBISHI Concept PX-MiEVII takes environmentally-friendly vehicles to a new level with its unique blend of fuel and environmental efficiency, performance, and utility.Source - Mitsubishi

A pioneer in electro-mobility since 1966 and the first major manufacturer to launch a series production electric car (i-MiEV in 2009), Mitsubishi Motors is committed to explore the new frontiers that will allow electric vehicles (EVs) to venture beyond urban areas. This far-reaching outlook includes long-term R&D of new battery technologies (in line with METI's Road Map for Next Generation Vehicle Strategy1), electronics, innovative power-trains (such as in-wheel motors2) and long-haul/-ultra-low impact vehicles.

Today, Mitsubishi Motors is delighted to confirm that the first manifestation of this technology will be available in the all-new Outlander, encompassing an EV-based plug-in hybrid (P-HEV), to be launched during FY2012.

All these promising proprietary developments are not meant as showcases. Indeed, they are a viable proposition for the marketplace that will fulfil real-life needs and expectations of customers around the world and at the same time will blend with other Mitsubishi Motors technologies to result in a unique MMC product. In that sense, the forthcoming all-new Outlander P-HEV will be a milestone vehicle:
• Mitsubishi Motors' first P-HEV vehicle will be an EV-based vehicle, relying on MMC's extensive EV and electronic know-how, supplemented by a petrol engine when needed. 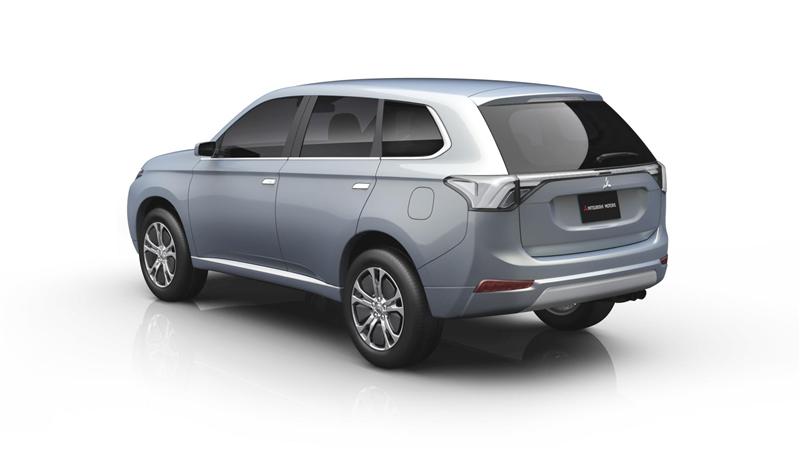 • Making the best use of Mitsubishi's renowned extensive 4-Wheel-Drive expertise, it will also be the first permanent 4WD electric car in series production. 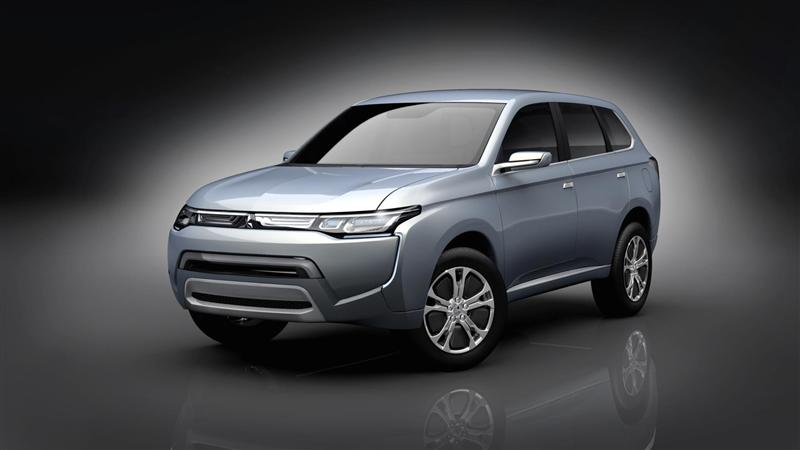 • The unique drive-train combination of front electric motor with rear electric motor plus front traction/generator petrol engine will translate into a choice of three driving modes: 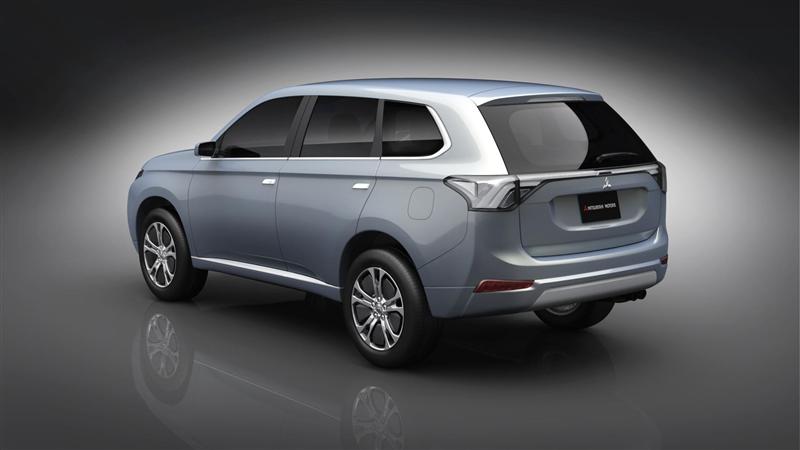 o Parallel (Twin Motor 4WD EV supplemented by ICE3 powered FWD)
• Taking advantage of the possibilities of Outlander's versatile architecture, it will be the first built-in P-HEV, designed and built alongside the more conventional ICE3 versions of the same vehicle – a first in the market.

• This engineering integrity also means that it was not be a later P-HEV adaptation of an existing ICE3 powered vehicle but instead, was envisaged from the start of the design of Outlander's platform and electronic architecture.

MMC's EV-based plug-in hybrid system uses high-capacity traction batteries that allow the vehicle to cover over 50 km in 4WD electric mode alone, allowing it to be driven solely as an EV for most everyday situations. Furthermore and amongst others:
• Depending on power consumption and remaining battery charge, the system will start the petrol engine automatically as a generator ('Series Mode').

• In addition, with the push of a button, the driver has the freedom to select a 'Battery Drive Mode' when she/he wishes to drive quietly and emissions-free (at sufficient battery levels) in residential areas or the countryside using pure EV power.

• At the same time, the driver can also switch to a 'Battery Charge Mode' while on the move, controlling use of battery power and using the engine as a generator to charge the batteries.

• When the driver applies the brakes, the front and rear motors act as a generator recovering kinetic energy and using it to charge the traction battery.

• In addition to the obvious active safety of such a sophisticated 4WD drive train, the Mitsubishi P-HEV system gives the 100% instant off-the-line torque inherent to electric motors - with acceleration comparable to that of a 3.0-litre V6 engine - while its twin electric motor will guarantee the smooth progression required in difficult wintery driving conditions.


When fitted to the all-new Outlander, the Mitsubishi plug-in hybrid EV system (fitted with a petrol engine) will allow for a range and very low emissionssimilar to that of the Concept PX-MiEV II show car. That's a driving distance of over 800 km and a CO2 target below 50 g/km4.Source - Mitsubishi 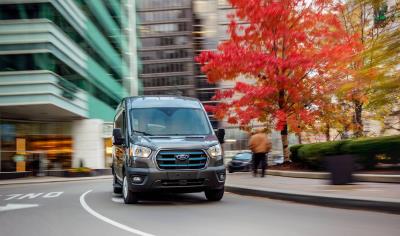 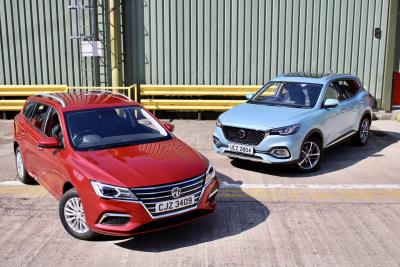 Electric For All! MG Offers A Range Of Three Electric Cars With The Launch Of All New Mg5 EV And MG HS Plug-In