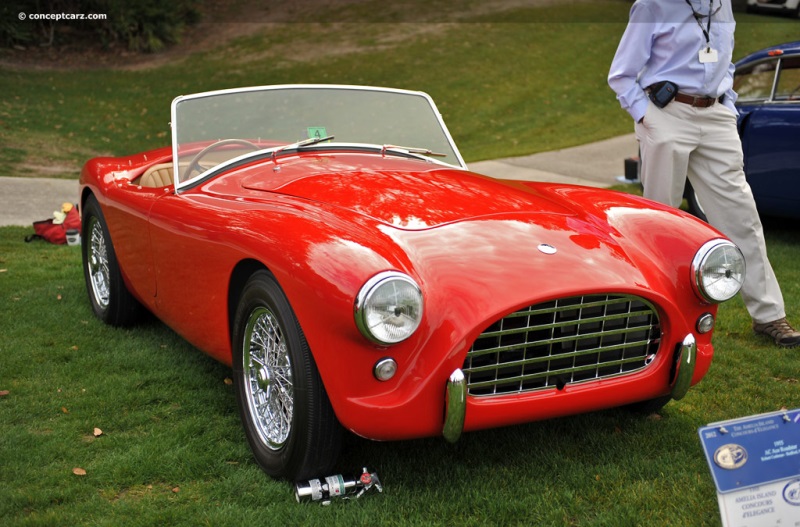 Roadster
Chassis #: AE73
AC Cars of Thames Ditton introduced their all-new Ace Roadster at the 1953 London Auto Show. Based on a design by noted race car builder John Tojeiro, the car had many advanced features which included a twin steel tube chassis with four-wheel independent suspension, Girling drum brakes, the proven 2-liter 6-cylinder overhead AC engine and an all-aluminum body. Arriving in May of 1955, AE73 is one of only a few right-hand drive Ace Roadsters directly exported to North America. It was actively campaigned in SCCA events in Canada and the United States with good success, including a victory at the 1956 Holland, New York Hill Climb. The car was restored in 1998 and true to its heritage continues to participate in sports car touring events throughout the northeastern states.
The Ace debuted in 1953 at the London Motor Show and was produced beginning in 1954 and continuing through 1963. The vehicle consisted of light-weight tubular chassis with steel boxes in the front and rear which supported a transverse leaf and lower wishbone independent suspension system. The chassis was designed by John Tojeiro. Power was initially provided by a Welleter-designed engine and was mounted in the front of the vehicle but placed back far enough to take advantage of balance. The body and design of the vehicle were inspired by the 2-seater Ferrari 166MM Barchetta (little boat) made by Touring of Milan. During the first year of production, there were fewer than 60 examples produced. These were all Aces - convertibles. The Aceca, a hardtop variant was debuted in 1954. Due to the vehicle's lightweight, optimal weight distribution, responsive engine and handling, and stylish appearance, it attracted much attention.
In 1956 the Bristol-engine version was introduced, replacing the Welleter-designed motor. The Bristol 1971 cc, six-cylinder engine was capable of producing 125 horsepower at 5750 rpm and propelling the light-weight car to a top speed of around 180 kph. Production of the Bristol engines ceased around the end of the 1950's and AC began using a British Ford Zephyr engine. It was a heavier engine and produced less power. There were only 47 of these 2.6-liter examples produced from 1961 through 1963.
The vehicles came equipped with front disc brakes, Girling hydraulic shock absorbers, rack-and-pinion steering, and a four-speed manual transmission.In total, there were around 735 Aces and 326 Acecas produced. The AC Ace was the basis for one of the best-known sports cars of all time, the Shelby Cobra.
By Daniel Vaughan | Aug 2009
The oldest British car manufacturer, AC has continuously produced vehicles since 1901 and the marque carries enormous prestige. The AC Aceca, a closed coupe, was unveiled in 1954 in London and only 328 prototypes were ever produced. Production of the Aceca Coupe commenced in 1955 and Le Mans 1957 was a lucrative one for AC, with an AC Bristol finishing tenth overall. 1958 was an even better year as a special bodied AC Bristol that finished eighth and a standard car ninth. Produced from 1954 until 1963, the similar Bristol-engined Aceca-Bristol was also eventually available in the 1956 model year. Both of these models were hand-built GT vehicles in the British tradition, both featured ash wood joining steel tubing into their construction. Following the 1953 Aston Martin DB2/4, the Aceca was only the second vehicle to incorporate the hatchback at the rear. The differences between the Aceca and the Aceca-Briston lay in the engines. Though both were straight-6es, the Aceca shared its 90 hp 2.0 L engine with the lighter AC Ace, and the Aceca-Bristol utilized a 125 hp 'D-Type' 2.0 L unit sourced from Bristol Cars. One was also able to purchase the Aceca-Bristol with a milder 'B-Type' Bristol engine of 105 hp. The Aceca was priced at $5,400 in the U.S. but the Bristol specification added another $1000 to the price tag. A total of 151 Acecas were produced, while 169 Aceca-Bristols were built. Unfortunately, production was halted quite unexpectedly in 1963.
Certain design specifics in the Aceca were taken from the exquisite design work by Pina Farina for the AC Company in the 1940s, these included in the front-end styling. The grille was simple, but the curves were perfectly executed along the hood and around the headlights. The Aceca had a superbly low weight due to the tubular frame, and aluminum body panels and the aluminum engine block. Other weight-saving features were in the 16' spoked wheels and nearly perfect weight distribution in the fore/aft which also contributed to the exception handling on loose, dirt tracks. The Aceca exhibited its distinctive engineering with the front-wheel disc brakes, articulated rear half-axles, transverse 'de Dion' leaf rear suspension, worm-gear steering, curved windshield, electronic overdrive in 2nd, 3rd and 4th gear The bucket seats were also very well-designed and encased in leather in true 1950's vintage auto style.
Also very innovative for the time, the AC engine was considered to be 'an engineering marvel', patterned after the powerful Bristol aircraft engine. The engine was an inline 6, aluminum block, overhead cam, double chain drive that was fueled by 3 inline SU downdraft carburetors, that each fed two cylinders. 6 straight-out header pipes were directly opposite and these allowed the combustion gases to enter the cylinder, do one rotation during combustion and exit oppositely, straight-out, without any resistance. Enthusiasts consider the Aceca to be a great car to drive, though it rides a bit hard, due to the stiff suspension. Cornering and steering were done quite proficiently, but some complained that it tended to oversteer, but it was still 'solid and predictable' handling. Consumers also complained about the inadequate rear mirrors, a heating system not properly-suited to colder climates, and inadequate soundproofing above 75 mph.By Jessica Donaldson 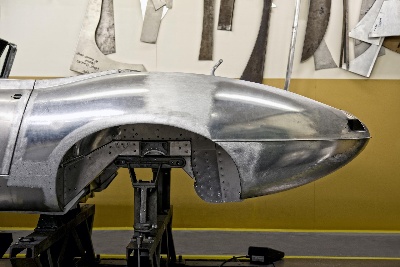 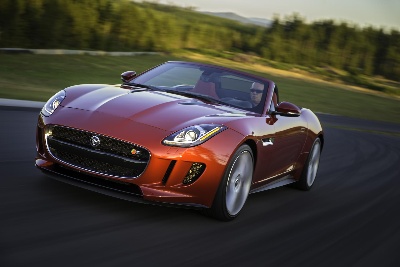