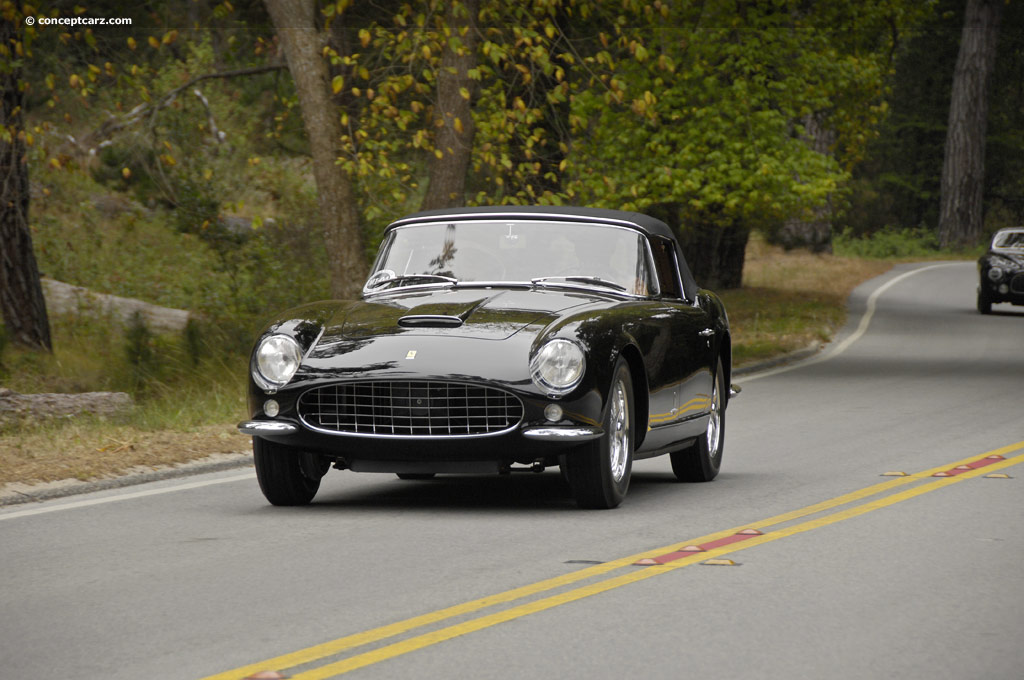 The Ferrari 375 was introduced at the Paris Salon in 1953. During its production run which lasted until May of 1954, less than 45 examples of the 375 America were produced. The car was constructed for Ferrari's clientele who had the means to afford one of these beautiful creations. Since they were produced in limited numbers, the production took far longer than volume models.

Gioacchino Colombo started out being the primary builder of Ferrari's engines in the late in 1940's and a major contributor to the success of Ferrari. Aurelio Lambredi became his assistant in 1947. Lampredi became convinced that a large engine that was naturally aspirated would have better fuel economy and provide more power. Colombo was of the belief that smaller engine compiled with a supercharger would produce better results. Ferrari tested Lambredi's idea and proved it to be successful. Lampredi was promoted to chief design engineer and Colombo returned to Alfa Romeo. The Lampredi engines were used in the ladder part of the 1950's.

Power was provided by a 4.5-liter Lampredi designed V-12 engine with either three twin-choke Weber 40 DCZ or DCF downdraughts, resulting in 300 horsepower. On all four corners were drum brakes, Borrani wire wheels accented the exterior of the vehicle, and a leaf spring suspension was used in the front and the rear. With the four-speed manual gearbox, the car could achieve a top speed of 150 mph and could race from zero to sixty in less than seven seconds.

Most Ferrari's were custom-built cars. They were not mass-produced. Ferrari provided the engine and chassis while Italian coachbuilders provided the body. This meant the specifications varied. Engines also varied in horsepower rating, torque, and displacement.

In regards to the 375, Pinin Farina was tasked with building the bodywork for many of the models. The Pinin Farina design shared a similarity with the 250 Europa's. The dimensions of several automobiles were similar but their interiors, wings, bumpers, and detailing were all unique.

The 375 MM was given its name after the famous 1000 mile race, the Mille Miglia. This limited production series was constructed in 1953 and 1954. The car was outfitted with a 4522 cc powerplant, a small increase in performance over the 4494 cc road-going version. The four-speed manual gearbox was fully synchronized and mounted to the engine. The front suspension was independent by parallel unequal length A-arms with a transverse leaf spring. The rear was sold with semi-elliptic springs and parallel trailing arms. This combination made the 375 MM perfect for high-speed circuits and the open road. In total, only 26 375 MM's had bodywork provided by Pinin Farina in either spyder or Berlinetta configuration. One example received bodywork courteous of Ghia.
In 1954, a 375 Plus was entered in the grueling 24 Hours of LeMans. Powered by a 4.9-liter engine, it captured the overall victory.

Production of the 375 continued until 1955. Produced in limited numbers, their exclusivity in modern times is guaranteed. These wonderfully designed unique creations powered by the coveted Lampredi engines are a true time-tested testament of the work inspired by Enzo Ferrari and fostered by Italian ingenuity.
by Daniel Vaughan | Sep 2012
Vehicle Profiles

In 1954, a more powerful version of the Lampredi V-12 was enlarged to nearly 5.0 liters and was installed in some 375MM models. Dubbed the 375 Plus, the car differed from its predecessors by a large bulge at the rear necessitated by a larger fuel tan....[continue reading]

Cabriolet by Pininfarina
Chassis #: 0488AM
Concepts by Ferrari