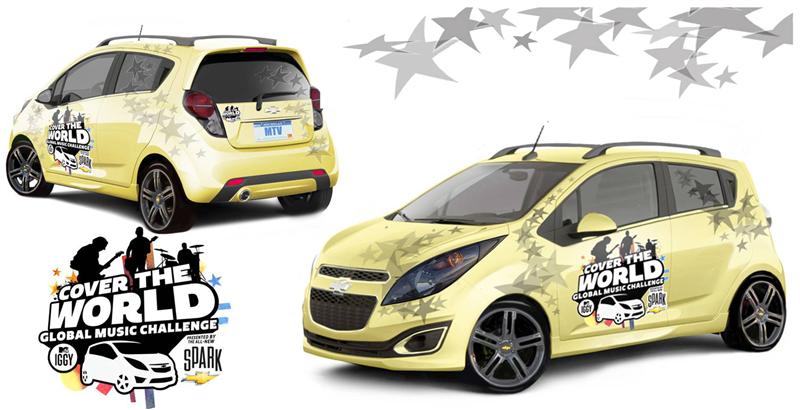 New international music artists will have no trouble being heard stateside in the Chevy Spark 'Cover the World' concept vehicle. It's a rolling concert hall that even packs its own DJ system and sound mixing equipment.

The Spark is an international performer, too. It was already a hit in markets around the globe before it went on sale in the Únited States last July. It is reaching a new generation of American customers through online and offline experiences, such as Cover the World, The Color Run and Importing Our Export video series.

Spark is a sporty four-passenger, five-door hatch. It is designed for first-time buyers and city dwellers with bold styling and colors, affordability, the safety of 10 standard air bags, fuel efficiency and maneuverability. Spark also is the only car in its segment to provide a seven-inch color touch screen radio capable of displaying smartphone-based music, videos, photos and contacts for hands-free calling.

Win a 'Cover the World' Spark

Through the Cover the World program, global artists are asked to reimagine one of the world's most-recognizable pop songs. Four musical acts from around the world will cover Cyndi Lauper's 'True Colors' (written by Billy Steinberg and Tom Kelly). Each band will perform its cover version of the song and fans will vote for their favorite.

Fans who vote will earn a chance to win a custom-wrapped Chevy Spark – not the concept vehicle – as well as a VIP trip for two to see one of the featured acts perform live. Fans can also create, upload and share their own cover version for a chance to win a Chevy Spark.

To learn more about the artists, songs and how to upload user-generated videos, visit www.covertheworld.com.

Follow the Chevy Spark and 'Cover the World' at @ChevyLife, and #sparkworld. More information is available at www.covertheworld.com.Source - Chevrolet

This is one tough segment. Its easy to classify – virtually all the midsized sedans ride on a 111 inch wheelbase. Ford and GM have all but abdicated and Toyota Camry continues to dominate with... 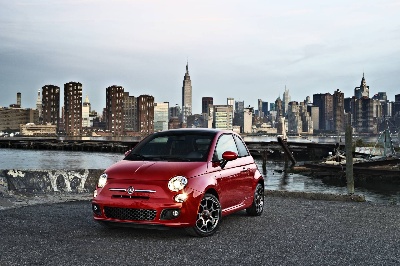 The nuova Fiat 500 continues its legacy, now reaching 1 million production units thanks to global production Sold in more than 100 countries around the world, the FIAT brands icon of Italian sty...
© 1998-2020. All rights reserved. The material may not be published, broadcast, rewritten, or redistributed.