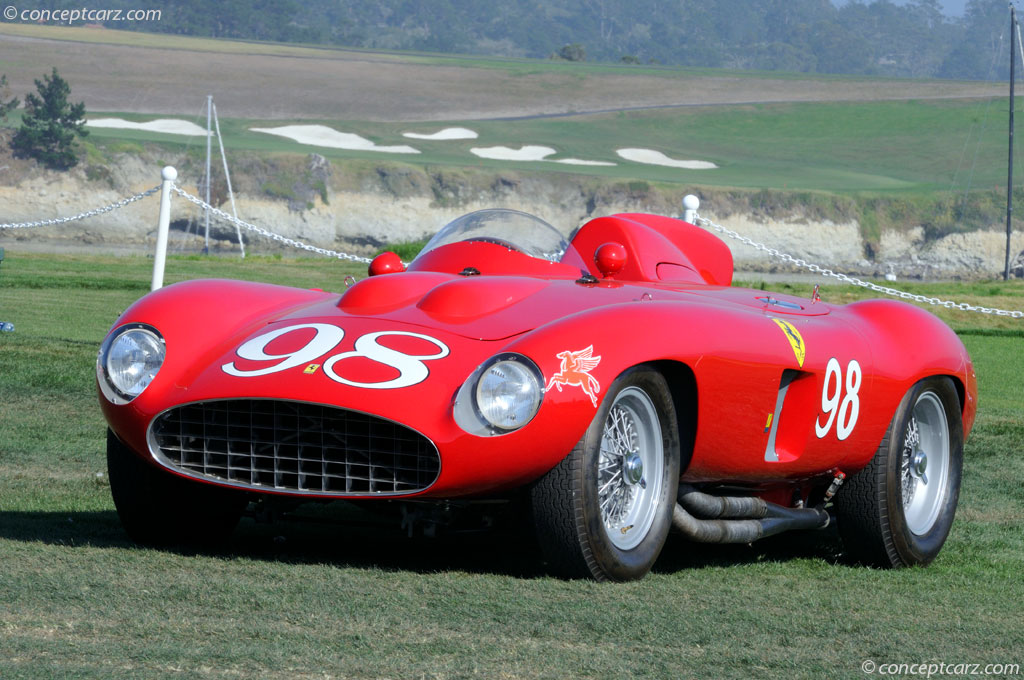 Sold for $6,270,000 at 2012 Gooding and Company - Pebble Beach Auction.
Ferrari created three 857S Spyders using a modified 750 Monza chassis and a new Lampredi-designed 3.5-liter 4-cylinder engine. The completed chassis were sent to Sergio Scaglietti in Modena, who created their aerodynamic aluminum bodies. The three cars made their debut at the 1955 RAC Tourist Trophy in Ireland. This car was driven by Olivier Gendebien, who sadly crashed before the end of practice. Scaglietti was given the task of rebuilding the car, giving it a tailfin similar to the Jaguar D-Type; it is the only 857S to have this feature. Upon completion, it was sold to John Edgar in California who prepared the car for Jack McAfee to drive in Sports Car Club of America competitions. In April 1956 at the seventh annual Pebble Beach Road Races, Jack McAfee took the 857S to a third overall in the Del Monte Trophy. Sadly, this would be the last running of the Pebble Beach Road Races, due to a fatal accident involving Jack's close friend Ernie McAfee. This car continued to be raced by Jack as well as Carroll Shelby and Rithie Ginter until 1960. It was also once owned, but never raced, by Andy Warhol.

RM SOTHEBYS TO OFFER THE EX-FANGIO, EX-WORKS FERRARI 290 MM IN NEW YORK CITY ONE OF THE WORLDS MOST HISTORIC AND VALUABLE SPORTS RACING CARS RM Sothebys secures ex-works 1956 Ferrari 290 MM by Scaglietti, chassis 0626, for its Driven... 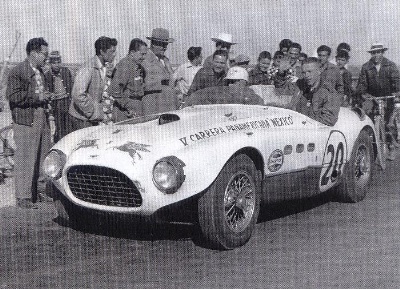 Suddenly the Ferrari 340 Mexico would break loose on Hill. Careening down over the ledge, the car would be battered and bruised, coming to a rest finally with its occupants none the worse for wear. It would be a scary moment and the mangled bodywork... 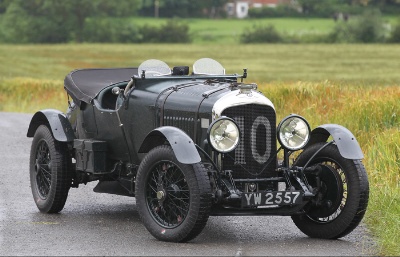 Gooding %26 Company, the acclaimed auction house celebrated for selling the worlds most significant and valuable collector cars, is proud to announce that it will present four magnificent motorsport legends – a 1928 Bentley 4 12 Litre Le Mans Sports...
© 1998-2020. All rights reserved. The material may not be published, broadcast, rewritten, or redistributed.