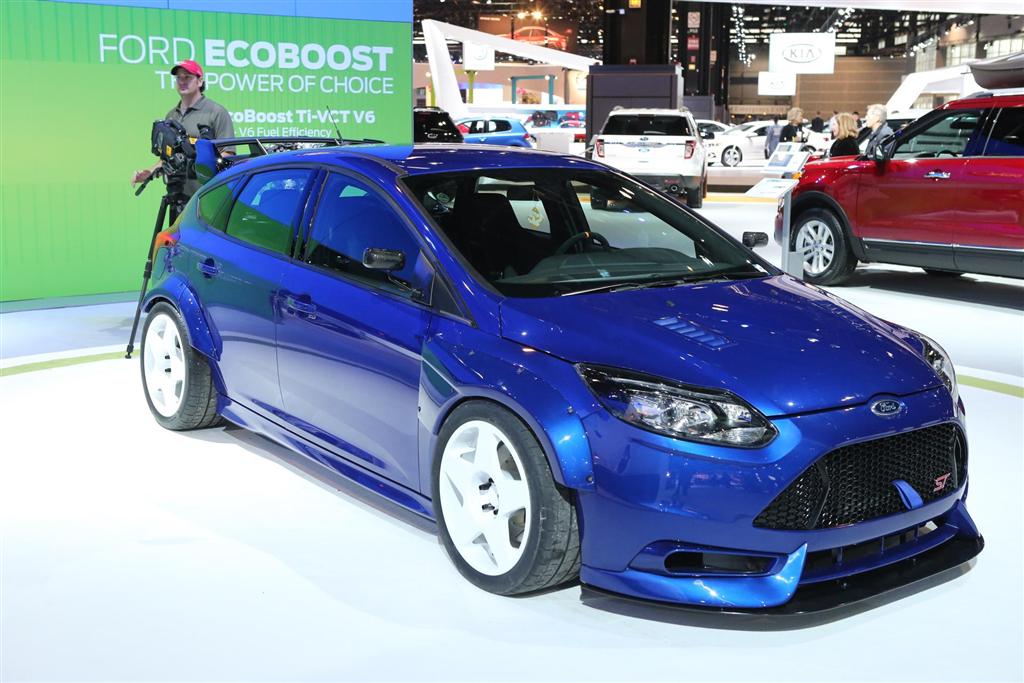 One of three different Focus ST builds, the TrackSTer is to be the first debut for the Project ST campaign. Project ST is a relationship between fifteen52, Ken Block and Ford. The project goal is to make today's hot hatch king – the Ford Focus ST – even hotter.

fifteen52 is excited to bring the Focus TrackSTer to the Chicago Auto Show.

'Úsing the CAS venue to debut the TrackSTer is bound to be one of the main highlights for the Project ST campaign,' said Brad Beardow, fifteen52 co-owner. 'Chicago, if not the entire Midwest, seems to have more than its fair share of hot-hatch enthusiasts, and there's just something so right about coming to CAS – in the dead of winter – and unveiling the hottest Focus ST anyone's seen so far.'

Since fifteen52 launched Project ST in the late summer of 2012, interest in the campaign has grown tremendously. Regular updates via the project-st.com website have captivated an ever larger group of enthusiasts, and as each of the three cars nears completion, fans throughout the country can look forward to seeing them in person as fifteen52 plans to bring the cars to a variety of 2013 events.

TrackSTer is a Focus ST that is destined to feel just as at home on a road course as on the way to a road course. Úsing only top-quality engine, transmission and suspension components, TrackSTer is designed to appeal to the hardcore performance enthusiast.

Inspired by Ford's rich global history of small performance cars, fifteen52 has worked closely with Ford Racing to build a Focus ST that pays homage to such cars of the past, while also demonstrating just how far today's Ford performance envelope can be pushed.

Said Project ST partner Ken Block, 'Teaming up with fifteen52 for this project was an obvious choice for me. They've got a great understanding of what's hot in the small car performance marketplace right now, both from the style perspective and from the performance end of things. With the TrackSTer, they've worked closely with both Ford Racing and Mountune to put together a potent package that blends on-road performance with on-track performance. I can't wait to actually get this car out on a track and put it through the paces.'

Vital Stats
fifteen52 has incorporated the best of the best in constructing the TrackSTer, and trips to the Ford Racing performance well have been numerous, to say the least. A partial list of incorporated parts that will soon be available to all Focus ST enthusiasts includes:

In addition to Ford Racing Performance Parts, components and partners from Ford Racing's Focus race programs globally have lent their expertise, including:

With such a vast array of race-tested quality performance parts at its disposal, along with access to Ford Racing data, expertise and global strategic relationships, fifteen52 believes it has built what is possibly the ultimate all-around Focus ST with the TrackSTer.

About fifteen52
fifteen52 was founded in 1996. Originally known for bringing high-end Euro accessories to the ÚS VW/Audi market, they quickly branched out into the high performance world as well. Builder of many high-profile project cars such as the VWvortex.com chronicled Project X Mk4 Jetta coupe series, fifteen52 has consistently been on the cutting edge of the Euro aftermarket scene. In the late 2000s fifteen52 began manufacturing their own line of wheels, with their most famous model, the Tarmac, making its way onto Ken Block's HFHV Gymkhana FOÚR and FIVE 650-hp Fiestas. By recently teaming up with Ford Racing and Ken Block for Project ST, fifteen52 is set to expand its reach even further into the automotive aftermarket scene. To learn more about these projects, and follow their progress, check out www.fifteen52projectST.com.Source - Ford 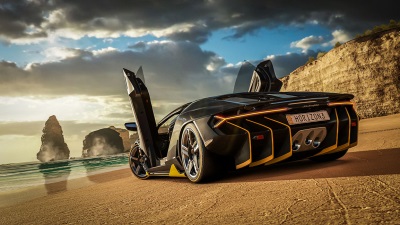 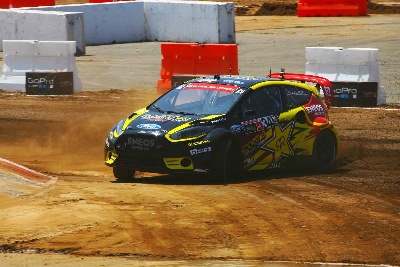 LOS ANGELES, Calif. (Aug. 5, 2013) - Back-to-back medals in Los Angeles this weekend cemented Tanner Fousts status as the driver with the most rally car medals in X Games history. He has stood... 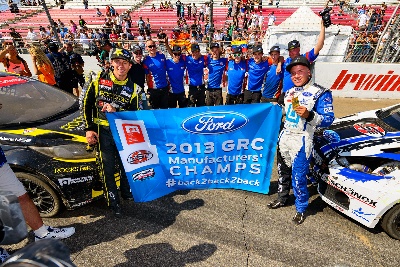