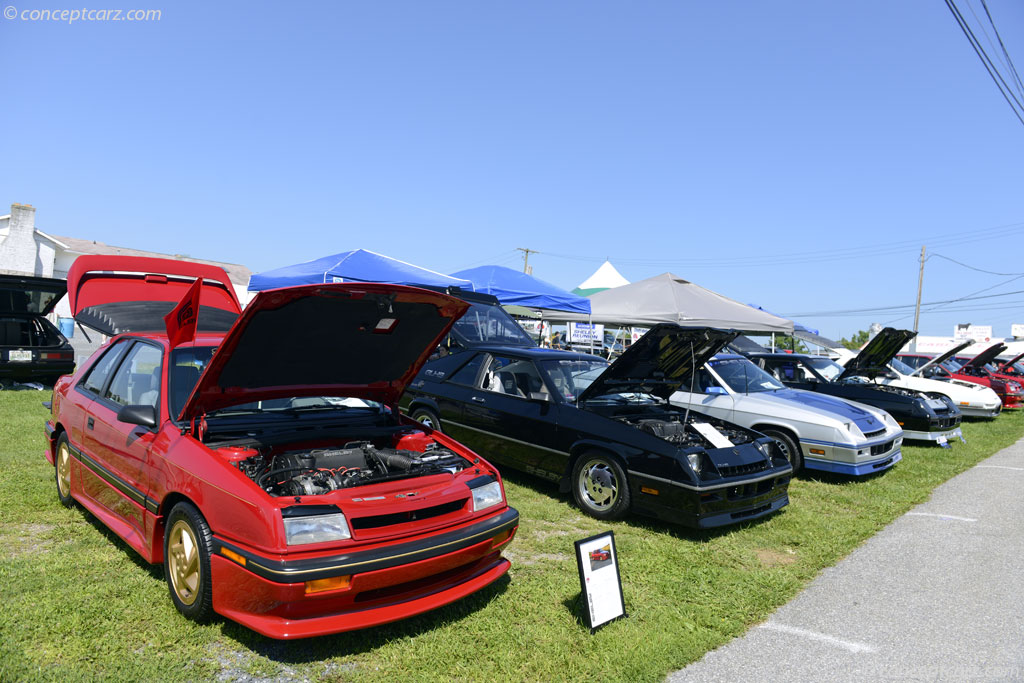 Carroll Shelby lived a colorful life and during his time on this earth (January 11, 1923 – May 10, 2012) he accomplished much for the automotive community. He was a designer, racing driver and entrepreneur. He is most remembered for his work with the AC Cobra and the Mustang. His performance products transformed regular road going products into competitive racing machines.

From 1987 through 1989, Shelby lent his name to the Shelby CSX( Carroll Shelby Experimental). This was a limited-production high performance automobile based on the turbocharged intercooled Dodge Shadow and Plymouth Sundance. These cars were available for sale through Shelby Automobiles Inc.

Powering the Shelby CSX was an intercooled Turbo II 2.2 liter, four-cylinder that offered 175 horsepower and 175 fl-lbs of torque. Performance was quite impressive with zero-to-sixty mph taking just 6.8 seconds. To cope with the additional power, the CSX's added disc brakes, and modified suspension. The cars rode on Shelbys own wheels. The only color offered was black and there were no optional equipment. For 1987, just 750 examples were sold at a price of $13,495.

For 1988, Shelby created a special line of the CSX named the CSX-T. Just like Shelby had done in 1966 with the Mustangs, creating a special line of vehicles for the Hertz car rental company, Shelby created the CSX-T for the Thrift rental company. The CSX-T was only sold to Thrifty and only 1,001 examples were produced. These were all finished in white with grey and blue trim. They were similar in nearly every respect to the CSX except they had a non-intercooled Turbo I engine. Shelby Automobiles created two special cars based on the CSX-T. An intercooled version was given to the president of Thrifty and the other was given a factory sunroof and presented to the president's daughter.

In 1989, Shelby Automobile presented the final version of the CSX, the CSX-VNT. They were given a Garrett variable-nozzle turbo and composite wheels. The wheels were designed by Shelby and produced by Motor Wheel Corporation. Not only were they special, there were also lighter than contemporary wheels.

Under the bonnet was the new intercooled Turbo IV equipped with a Getrag A555 5-speed transmission. The variable geometry turbo vanes were computer controlled and needed no wastegate. Instead, they adjusted the flow of exhaust gasses to spool up instantly and offer more power. With these updates, power remained at 175 horsepower, but torque - however - rose to 205 ft-lbs at 2100 RPM. The torque was available from this low RPM all the way past redline. They no longer had turbo lag. The power along with the lightweight features allowed the car to achieve some rather impressive speeds. Top speed was in the neighborhood of 156 mph.

Shelby colored the CSX-VNT in an Exotic Red (a mix of bright red and maroon) and painted the wheels gold. The MSRP was $15,995.

Total production of the CSX-VNT was just 500 vehicles including two prototypes. 15 were equipped as 'two option' which had 225 wide tire option and RECARO bucket seats. 2 were fitted with non-RECARO and wide optioned tires. The remaining cars were either RECARO or non-RECARO equipped cars riding on regular size tires.

Kaminari Aerodynamics produced a ground effects package for the CSX-VNT. Along with a ground hugging appearance, the package included suspension modifications.

After the CSX project, Carroll Shelby's direct involvement with Dodge was completed, although he continued to work on various other projects with Chrysler, such as an advisory role for the Dodge Viper.
By Daniel Vaughan | Feb 2013In an attempt to replace to the Dodge Charger, the Dodge Omni, the Plymouth Turismo and the Plymouth Horizon respectively, the Chrysler Corporation debuted two new compact vehicles; the Dodge Shadow and the Plymouth Sundance. Around this time Chrysler purchased AMC from Renault in 1987, officially withdrawing Renault from the U.S. and Canada and the Shadow replaced the AMC-based Renault Alliance sedan.

The Dodge Shadow was constructed in Sterling Heights, Michigan and Toluca Mexico (in Mexico the vehicle was sold as the 'Chrysler Shadow'). On August 25, 1986 the initial car rolled off the assembly line. Built on the P-body platform, both 2-door and 4-door models were constructed using a variation of the K-car platform that was based on a blend of the Dodge Daytona's suspension with a shortened version of the Dodge Lancer's body.

Though the Dodge Shadow looked like it had a trunk on the end of it, it was in fact a hatchback. Dodge advertised it as having 'hidden hatchback versatility' and it became a major selling feature for the company that it had a large storage capacity. Introduced to replace the European Horizon, the Peugeot 309 used a similar layout on stretched subcompact platform instead of a cut-down midsize one.

Several Shadow models were modified by Carroll Shelby Enterprises and turned into performance-oriented vehicles such as the Shelby CSX, which was equipped with a turbocharged 2.2 L engine that produced 174 hp. The car was lightweight and had a good engine at a time when government emissions choked engines, and it was capable of acceleration as good or even better than many contemporary muscle and sports cars of the time. A version called the CSX-T was sold to Thrifty without the intercooler and was rated at 150 hp.

In 1991 a convertible version of the Shadow was introduced, the same year Dodge introduced a bare-bone, budget-priced 'America' versions of the coupe and sedan models. The Shadow, along with its Sundance relative, was the lowest-priced car on the market with a standard driver's side airbag. In 1990, this feature was made standard on all U.S. market domestic Chrysler Corporation cars.

For the 1989 model year the Shadow received a few updates that included a new body-color grille and new taillights. Other cosmetic updates included the inset sealed-beam headlamps being discarded in favor in aerodynamic composite units. In 1994 a motorized passenger's side seat belt added to the U.S. market Shadows in an attempt to comply with Federal Motor Vehicle Safety Standard 208's requirement for passive restraints. Unfortunately these seatbelts didn't comply with Canada's safety standards. On March 9, 1994 production ended. The Shadow and Sundance were replaced by the Dodge Neon and Plymouth Neon.

The Dodge Shadow came with the option of several four-cylinder engines, all either of 2.2 or 2.5 L, some of these turbocharged. Naturally aspirated versions were fuel injected except in Mexico. The engines were tuned for torque instead of horsepower, which resulted in numbers that appear to be reversed from the Honda Civic. Later added was a Mitsubishi-built 3.0 L V6, which eventually led to the deletion of the turbo option. All of these versions were available with a five-speed manual transmission. Optional on the 4 cylinder equipped cars was a 3 speed automatic based upon the Chrysler Torqueflite and a 4 speed automatic 41TE was optional on the V6 powered cars. The manual transmission was updated in 1990 to make shifting into reverse easier.

In 1990, driver side airbags were made standard which gave the Dodge Shadow a extraordinary crash test rating for a car of its size at the time.

Chrysler offered the Dodge Shadow in a few European markets between April 1988 and 1991. Dubbed Chrysler ES, it was basically the Dodge Shadow ES, just without any 'Shadow' badges. Only available as a 3-door hatchback, the Chrysler ES's standard engine was the fuel injected 2.2L, with an optional turbocharger. The 2.2L was replaced by a more updated 2.5 L unit for 1989. A three-speed automatic was available as an additional-cost option, while the engine was mated to a standard five-speed manual transmission. Unfortunately European sales figures were quite low and sales of the Chrysler ES ended in mid 1991.By Jessica Donaldson

This 1989 Shelby Dodge Shadow Hatchback is a very special vehicle. It has only 18 original miles and has always been garaged and started bi-monthly. The car has been driven approximately 100 yards bi-monthly, excluding winter months. Basically, this ....[continue reading]

This Shelby Dodge CSX-VNT is number 62 of 500 produced. It was produced in 1989 and is one of only 15 optioned with 225 tires and Recaro Shelby bucket seats. The odometer current shows 62,525 original miles. It is finished in exotic red with gold acc....[continue reading]

This current owner purchased this 1989 Shelby CSX-VNT from the second owner in Fort Wayne, Indiana. These were Shelby's fifth series of numbered vehicles in his modification of six various models over a three year span. Only 500 of these cars were pr....[continue reading]

1989 was the last year that Shelby would create a Dodge-based front-wheel drive car. The 1989 CSX-VNT was based on the Dodge Shadow and used many new technologies.....[continue reading] 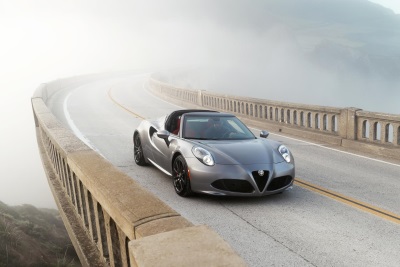