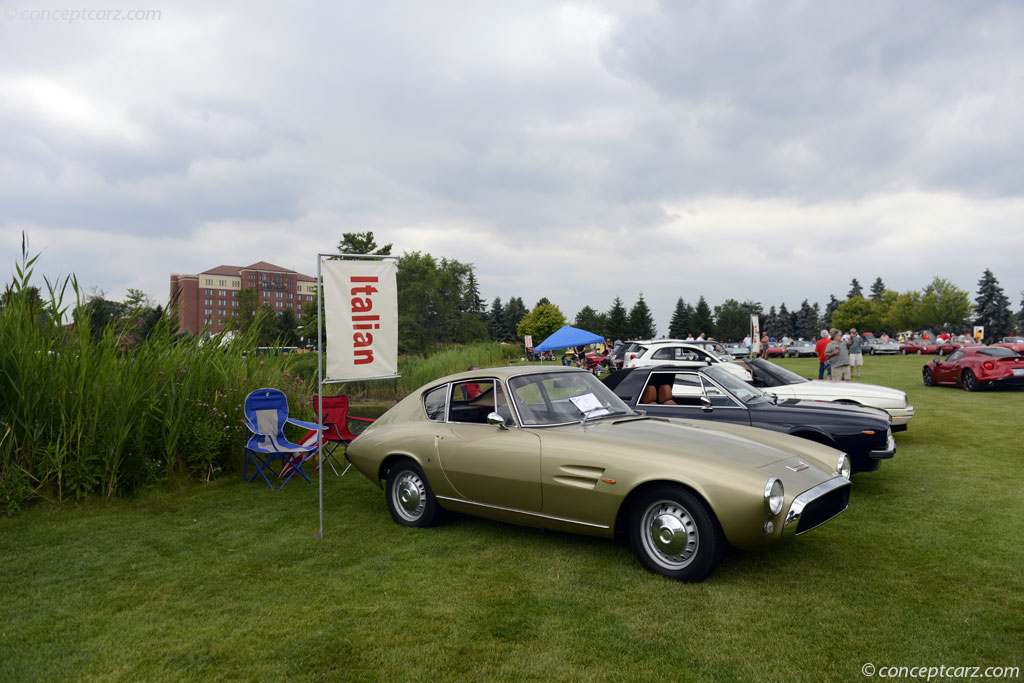 Fiat has been a mainstay of the Italian automotive culture since its very beginning. Founded in 1899, precious few auto manufacturers can claim to have as much history as Fiat. Though most Fiats were largely plain cars known for their accessibility to the Italian people, the company knew how to make a good sports car. Like any distinctly Italian car maker, Fiat loved beautiful cars filled with personality and heart that could be driven confidently on the track. Though most of the company's offerings were subdued, the well-engineered little cars made solid foundations to build upon. One of the best features of the early Italian car industry was its manufacturers' willingness to contract out work to companies that knew how to do a job right. Alfa Romeo and Maserati knew how to make great and powerful chassis. Why should they have wasted their time styling bodies? Those companies had a great tradition of letting the real stylists design cars for them. Pininfarina, Zagato, Frua, Touring—these coachbuilders, or carrozerrie, knew how to design and build bodies better than the mechanically inclined engineers of famous car makers.
Though many early car companies used coachbuilt bodies, the Italians carried on the tradition longer than anyone else. Italy's choice to continue taking full advantage of its flourishing auto design business decades after most companies were using in-house designers led to the country's undying ability to produce cars more stunningly elegant and lovely than the rest of the international community.
Fiat built plenty of cars for the masses with anonymous designs that were created in-house, but the company's engineering prowess lent itself nicely to racy bodies and higher performance. For this reason, companies like the performance enhancing Abarth and the coachbuilder Zagato had long been clients of Italy's oldest name. As it produced competent bread and butter cars for an adoring public, Fiat never forgot the formula for a real Italian dream car. With the Ghia-bodied 1500 GT of 1962-1967, Fiat once again proved that it was much more than the mere Italian peoples' car maker.With a history almost as old and rich as Fiat's, Ghia was founded in 1915 by Giacinto Ghia. As a young man, Ghia had apprenticed with the original coachbuilders—the makers of horse-drawn carriages. He decided to try his talents in the burgeoning auto industry, and the legendary Carrozzeria Ghia was formed. Fiat was one of the first company's to use designs by Ghia, and by the arrival of the 1500 GT the two companies were very familiar with each other.Built on the Fiat 1500 platform, the 1500 GT Ghia had a 1.5L straight four. The engine was not very advanced, but a compression ratio of 8.8:1 and the use of Weber carburetion kept it peppy. A 4.1:1 rear end ratio also aided acceleration. Top speed was over 100mph, thanks to an aerodynamic shape and light weight. The vehicle used monocoque construction, impressive for what was essentially a coachbuilt car. Suspension was typical, with an independent front end with coil springs and a live rear axle with leaf springs. Some performance figures of the 1500 GT Ghia are disputed. Horsepower figures range from 67bhp to 84bhp (though it is agreed that peak power was reached at 5,200rpm). The cars were built by Ghia, making reliable information harder to come by than it would be had the cars been built instead by Fiat. For this reason, official production numbers have been a cause of argument for many years. Lately, Ghia itself sent out a letter declaring that they had built 846 cars. Though this didn't quell arguments entirely, it is now agreed by many that the actual production run totaled 846 units. About 36 cars were officially brought to the U.S. by the Krim Car Import Company of Detroit. As with most Italian cars with the name of a famous design house in their title, the 1500 GT Ghia's most valuable asset was its styling. The design was unique and well-suited to the car's small size. From the rear ¾ view, just a hint of Alfa Sprint Speciale could be seen where the trailing curve of the rear fender meets the truncated Kamm tail. The fastback roofline ducked very low to meet the car's tail, aiding the design's balance by finishing off at the same height as the front grille. The Borrani wheels looked clean with a design using slots that matched the two vents on either front fender. Hidden door handles kept the look clean and smooth. The bumpers, which were flawlessly integrated, contributed the same effect. The rear bumper met the curvature of the car as to not detract from the rest of the design, and the front bumper was cleverly disguised as a chromed grille surround. Ghia fell under the control of Ford in 1970. A grand Italian establishment had been Americanized as an era of thriving Italian designers and builders melted into history. A few design houses continued with their work, but most had been forgotten and replaced by the generic stylists of in-house design divisions. The Fiat 1500 GT Ghia became one of the last projects to be accomplished by a wholly Italian Ghia.
Sources:
'Ghia 1500 GT Information.' Ghia1500GT.com Web.9 Jul 2009. http://www.ghia1500gt.com/en/main-in.html.'Lot 251: 1965 Fiat 1500 GT Ghia.' Motorbase 10 May 2008 Web.9 Jul 2009. http://www.motorbase.com/auctionlot/by-id/1897728287/.Negyesi, Paul. 'History of Ghia.' Web.9 Jul 2009. http://www.team.net/www/ktud/ghia/.By Evan Acuña