First shown at the 2011 Los Angeles Auto Show, when Kia Motors America announced that it would augment its championship-winning Forte Koup racing program with an entry into the Pirelli World Challenge, this championship winning Kia Racing Optima features an exciting new livery for the 2015 racing season.

Kia Racing clinched the 2014 Pirelli World Challenge Grand Touring Sport (GTS) Class Manufacturer Championship in only its third season of competition. Kia defeated rivals Ford, Chevrolet, Porsche, Aston Martin and Nissan to become the first Korean auto manufacturer to win the coveted championship. Kia Racing finished the stellar season with 13 podium finishes, including 5 race wins. Meanwhile, the turbocharged Optima race cars led more on-track miles than any other manufacturer in the class this season, a testimony to the speed and reliability of the Kia Optima.

The No. 38 B.R.A.K.E.S. Optima turbo on display at SEMA was driven by Mark Wilkins throughout the 2014 season and utilizes the same 2.0-liter turbocharged four-cylinder GDI engine found in the Kia Optima SX and SXL. The engine block, head and crank shaft are stock Kia parts. Power output has been increased from the stock 274 HP to about 368 HP and is routed to the front wheels via a six-speed sequential transmission. (posted on conceptcarz.com) The Kia Racing Optima weighs 2,950 pounds and has a top speed of 160 mph. 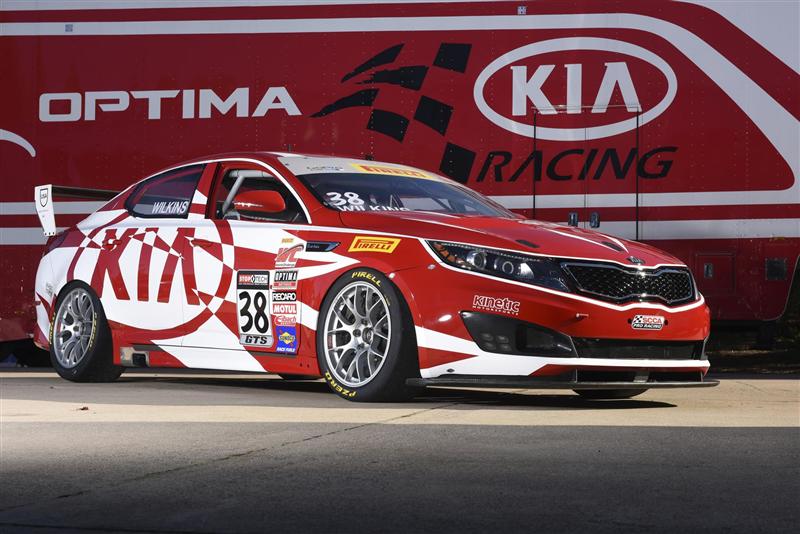 Not only do Kia Racing's performances reinforce the quality and dependability of Kia's vehicles against the very best under the most extreme conditions, they support and increase awareness for two important charitable organizations. B.R.A.K.E.S. (Be Responsible and Keep Everyone Safe) provides free advanced driver's education to teenage drivers with the goal of preventing injuries and saving lives. DonorsChoose.org is an online charity devoted to helping public school students in need of learning materials. Teachers post classroom project requests, and donors give to the projects that most inspire them.Source - Kia 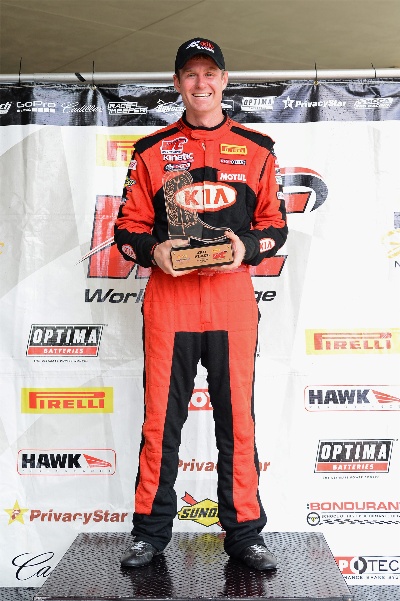 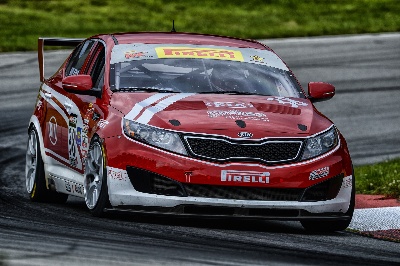 Currently second in the Grand Touring Sport (GTS) Manufacturer and Driver championships, every point matters for Kia Racing in tight title fight Mark Wilkins, driver of the No. 38 B.R.A.K.E.S. Optima turbo, continues his pursuit of the Driver Cham... 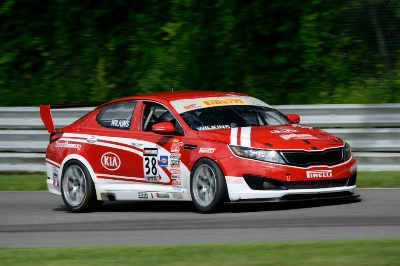 Nic Jönsson overcomes a challenging weekend in the No. 36 DonorsChoose.org Optima to capture a fifth-place finish in Round Nine, moving him to tenth in Driver points Kia Racing to continue championship chase at Round 10 of the Pirelli World Challen... 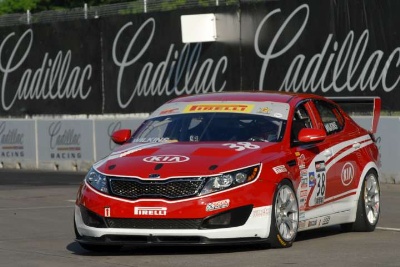 Wilkins successfully maneuvered around a late-race incident in Round Seven on Sunday to secure a solid second place finish, and third-straight podium as season hits midway point Kia Racing jumps to second place in the Manufacturer point standings ...

Driver of the No. 38 Optima turbo, Mark Wilkins, Currently Third in Championship Standings after Podium Finish at Circuit of the Americas Nic Jönsson, No. 36, currently ninth in Championship standings, looks to bounce back after promising run in Aus...
© 1998-2021. All rights reserved. The material may not be published, broadcast, rewritten, or redistributed.