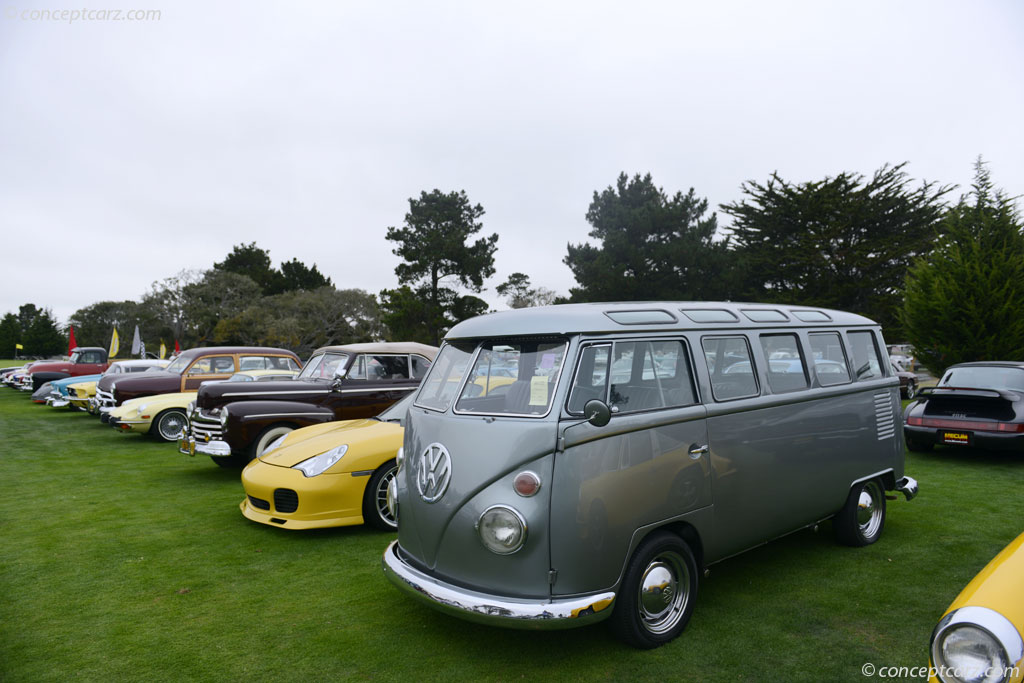 After World War II, Volkswagen has created a Van/Camper that has assumed many names and been produced in many markets for many markets. Names such as the Eurovan, Microbus, Westfalia Camper, Panel Van, Kombi, Samba, Pick-up, Westy, Multivan, Weekender, Splittie, 11-window, 13-window, 15-window,21-window, 23-window, Breadloaf, Bay-Window, Vanagon, VW Bus, Bully, and the list continues. During the years there has been much experimentation with this vehicle to include truck beds, campers, transporters, and more. This vehicle, in all its many facets, has had a sympathetic following since its inception and has become a counterculture symbol for many generations. Its utilitarian shape has made it suitable for many scenarios and its low cost has made it economically viable.

The Volkswagen Type 2 Van was introduced in 1950 and was the second production line of vehicles introduced by Volkswagen. The first model was the Type 1 Beetle. The idea for the Type 2 came from the Dutch VW importer named Ben Pon who created the designs in 1947. Many of the aerodynamic short-comings were resolved in a wind tunnel at the Technical University of Braunschweig. Three years later, the Type 2 began leaving the Wolfsburg factory.

The Type 2 was produced from March 8th of 1950 through 2002 with many variations along the way. There were versions of the Type 2 constructed, such as the T1, T2, and T3, to name a few. This is where things get a little confusing. The Type 2 T1 was produced from 1950 through 1967 and was replaced by the Type 2 T2 which began producing in 1968 and continued in production until 1979. Production in Mexico continued in 1980 of the T2, and later in Brazil in 1996. Versions produced prior to 1971 are referred to as the T2a while those produced after 1972 are labeled T2b. The Type 2 T3 was introduced in 1979 and produced until 1991. There are many exceptions within these naming schemes with many alternate names.

The Type 2 served many functions and could be purchased from the Volkswagen dealers as a refrigerated van, hearses, ambulances, police vans, fire engines, and ladder trucks. Camping versions were available through Westfalia, the official name is Westfalia-Werke Wieddndruck. Volkswagen commissioned Westfalia to construct Camper cars in the early 1950s and has remained in production until 2003. Other coachbuilders created camper versions of the Type 2 such as Dormobile, VW Riviera, and VW Sun-Dial.

With many United States servicemen serving in Germany during the 1950 and 1960s, many were purchased and brought back to the United States.

In 1968 the Bay Window models were introduced which replaced the split-screen style.

The standard bus had 11-windows. Deluxe models had 15-windows. The sunroof deluxe versions had eight skylight windows and are known as the 23-window. A 13-window and 21-window version were produced starting in 1963.

The first visible change over the T1 was the removal of the split window in favor of a single piece of glass. This is the reason why the T2 is often called the Bay-window. The rear suspension was improved and the vehicle's weight increased. To help carry this extra load, Volkswagen powered the T2 with a 1.6-liter engine which produced 48-DIN. In 1972, larger engines were available in 1.7-liter and 2.0-liter sizes. To accommodate these larger power-plants, the engine bag grew in size, as did the cooling air inlets. These larger engines are commonly known as the Type 4 engine. The Type 4 engine had been designed for the Type 4 automobiles. Since the Type 2 used the Type 1 (Beetle) engine, there is no Type 2 or Type 3 engine. The Type 4 engine still did not produce an overwhelming amount of power but they were good for lots of low-end torque. They were also remarkably reliable and robust in comparison to the Type 1.

Type 2 T3
The third distinct generation of the Type 2 was the T3 which was built from 1979 to 1991. In Britain and Ireland, these vehicles were known as the T25. In the United States, these were often called the Vanagon. The T3 had the same length and height as its predecessor but increased in width by 12cm. The overall weight of the vehicle once again increased. The big changes in this vehicle were the ones unseen. Most of the mechanical components were all-new, including the suspension. The rear door of the vehicle grew in size. Many changes were made to comply with increasing safety regulations such as increasing the front crash protection. The design changed as well, becoming more square in shape.

Initially, the same engines used to power the T2 was used to power the T3. It was not until 1981 that a water-cooled diesel engine became available as optional equipment. Three years later, option water-cooled gasoline boxer versions were used to replace the air-cooled ones. The T25 was available with a 1.6- or 2.0-liter air-cooled engine. A 1.9-liter water-cooled engine in various power outputs soon replaced the prior versions. A 2.1-liter unit with fuel injection was offered as optional equipment for part of the production lifespan of the T25. Diesel and turbo-diesel options were also used.

T4 Eurovan
The Eurovan was a big change in comparison to the vans produced in prior years. It had its engine mounted in the front; the first production front-engined van produced by Volkswagen. Some were sent to Winnebago Industries to be converted into Campers. Just as the Type 2, the Eurovan was offered in many different configurations such as the seven-passenger GLS, Weekender, Camper, high-roof panel van, and more. There were two-wheelbases available. With the engine mounted in the front, the TDI diesel engines with direct injection were able to be used to power the vehicle. This greatly increased the vehicle's performance and put it on par with some other models available on the market.

The T4 was produced from 1990 through the early 2000s when they were replaced by the T5. This was only one major change during the production lifespan of the T4 which occurred in 1994 when the front end was re-shaped. This changed allowed the VR6 six-cylinder engine to be mounted in the engine bay. This move greatly improved the vehicle's performance. Those vehicles that were given this re-shaping were called the T4b with the versions retaining the original look being dubbed the T4a.

T5
In 2003, the Volkswagen T5 Transporter entered the market but is not available to North American consumers.

Microbus Concept
In 2001, Volkswagen introduced the Microbus Concept at the North American International Auto Show. It was designed by the VW design studio in California and featured a design similar to the early Microbus vehicles, but with its engine neatly fitted in the front. This Volkswagen was successful worldwide and reached cult status, especially in the USA, with the name Microbus. This design study redefines this cult with an up-to-date expression of personality and freedom.

Production nearly commenced on the concept but was halted due to cost problems.
By Daniel Vaughan | Feb 2007

For 1968, Volkswagen restyled their Campmobile and the Microbuses, gaining a sliding-type side door. Power was from a larger 96.7 cubic-inch engine that developed 65 horsepower. The engine was mated to a four-speed manual gearbox with an optional aut....[continue reading]