November 3, 2015 , Auburn Hills, Mich. - Jeep® and Mopar have teamed up to create the Wrangler Red Rock Concept vehicle that will be showcased at this year's Specialty Equipment Market Association (SEMA) trade show in Las Vegas. The Jeep Wrangler Red Rock Concept pays tribute to the Red Rock 4-Wheelers off-road club that hosts the annual Easter Jeep Safari in Moab, Útah. For 2016, the Red Rock 4-Wheelers celebrate the 50th annual Easter Jeep Safari, which started in 1967 with an off-road drive along the 'Behind the Rocks Trail.'

In celebration of the upcoming 50th annual Easter Jeep Safari, the Jeep brand will produce 50 serialized Jeep Wrangler Red Rock special-edition models in 2016, influenced by the Wrangler Red Rock Concept that makes its debut at the SEMA show.

'The annual Easter Jeep Safari remains one of the most significant events on any Jeep enthusiast's calendar,' said Mike Manley, Head of Jeep Brand – FCA Global. 'We're extremely grateful to the Red Rock 4-Wheelers for continuing this iconic Jeep event, and we present our Wrangler Red Rock Concept as a tribute to them and the enthusiasts who attend the annual Jeep Safari and support our brand.'

The Jeep Wrangler Red Rock Concept is another example of the potential of customizing a production Jeep Wrangler with aftermarket Performance Parts from Mopar.

'The Jeep Wrangler is the most accessorized vehicle in our portfolio, with almost 100 percent of customers buying at least one accessory or performance part,' said Pietro Gorlier, Head of Parts and Service (Mopar), FCA - Global. 'Mopar continues to support serious off-roaders by offering a full-line of high-end, hard-core quality aftermarket Jeep Performance Parts to personalize their rides and tackle extreme trails.'

When the Jeep Wrangler Red Rock special-edition model is produced next year, it will feature some of the content shown on the Red Rock Concept. Select items showcased on the Concept will be available as aftermarket parts from Mopar.

Since it's based off of the Wrangler Rubicon Hard Rock, the Red Rock Concept is equipped with Tru-Lok® electronic locking differentials, the Rock-Trac® transfer case and a 4:1 low-range ratio. A 73.1:1 crawl ratio with the manual transmission enables the Red Rock Concept to scale obstacles others just dream about.

Inside, Amaretto Brown Katzkin leather seats with silver accented stitching and a 'Red Rock' embroidered seat back logo set the Red Rock Concept apart from the rest of the Wrangler lineup. A serialized 'Red Rock' grab handle plaque is also featured to commemorate the 50th anniversary of Easter Jeep Safari.

Since 2002, Jeep and Mopar have collaborated on more than 50 unique concept vehicles for enthusiasts who attend the popular Easter Jeep Safari.

About Jeep Brand
Built on more than 70 years of legendary heritage, Jeep is the authentic SÚV with class-leading capability, craftsmanship and versatility for people who seek extraordinary journeys. The Jeep brand delivers an open invitation to live life to the fullest by offering a full line of vehicles that continue to provide owners with a sense of security to handle any journey with confidence.

The Jeep vehicle lineup consists of the Cherokee, Compass, Grand Cherokee, Patriot, Renegade, Wrangler and Wrangler Únlimited. To meet consumer demand around the world, all Jeep models sold outside North America are available in both left and right-hand drive configurations and with gasoline and diesel powertrain options.

About Mopar Brand
Mopar (a simple contraction of the words MOtor and PARts) was trademarked in 1937 with the launch of an antifreeze product, but it truly made its mark in the 1960s during the muscle-car era. From Mopar Performance Parts to enhance speed and handling for both road and racing use, the brand soon expanded to include technical service and customer support. 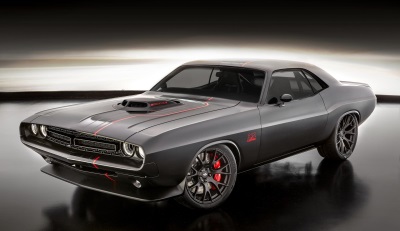