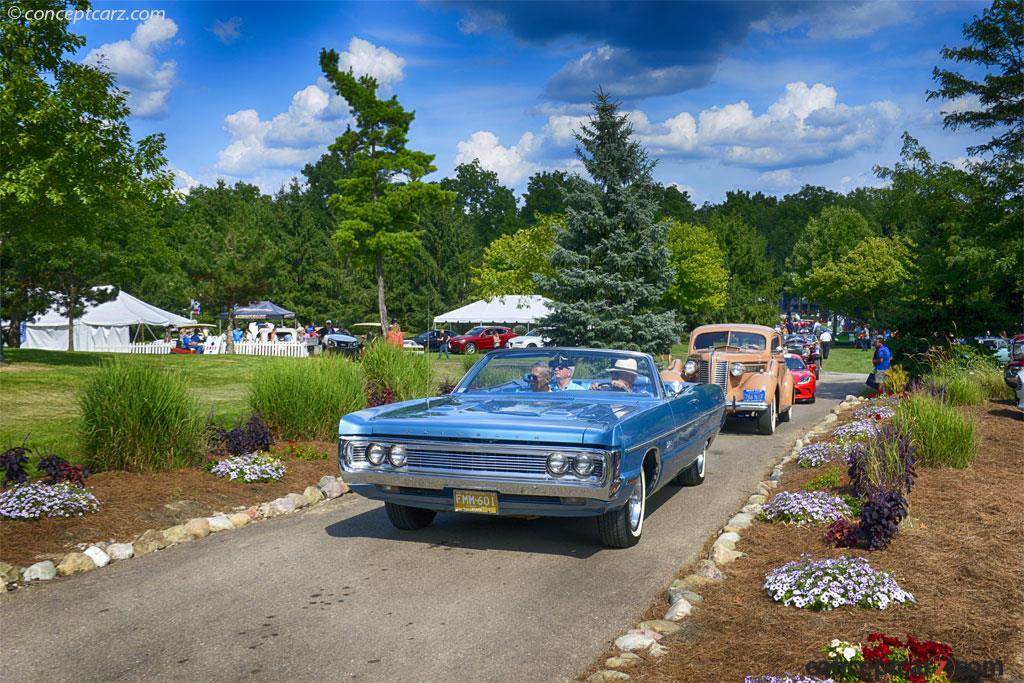 The 1970 Plymouth Full-Size Fury was a large and versatile vehicle available in a range of body styles including 2- and 4-door sedan, 6- and 9-passenger station wagons, Hardtop Coupe, Hardtop Sedan, and convertible. Trim levels included the Series I, Series II, Series III, Grand Coupe, S-23, Sport Fury, and Fury GT. The base engine was an overhead valve V8 displacing 318 CID and producing 230 horsepower. Four-door body styles were new for 1970, along with integrated loop bumpers, widened rear tread, longer length, and non-wraparound horizontal tail lamps. In the front were dual headlights and a clean grille with horizontal stripes. Inside, the Fury had gauges, panel light dimmer, electric wipers, a padded dash, and crank-out ventipanes. The Fury II added integral back-up lamps and taillights in the rear bumper. Inside, there was a 120 MPH speedometer and carpets. For customers seeking even more amenities, Plymouth offered the Fury Series III, which added vinyl bodyside moldings, side markers, larger tires, and door frame trim. Inside, they had a deluxe steering wheel, ashtray, and trunk lights. The Sport Fury models had concealed headlights, a glove box light, wheelhouse moldings, and red, white, and blue grille ornament deck medallion.
The Fury GT was powered by a Super Commando 440-CID four-barrel V8 engine, Rally Road Wheels, H70-15 fiberglass belted tires and chrome exhaust trumpets. Along with the larger engine, they had a heavy-duty suspension, heavy-duty brakes, and a 3.23:1 rear axle. To help distinguish the GT models, Plymouth added hood striping, and 'Strobe Stripe' tape treatment.
Plymouth sold more than 263,000 examples of the Fury, accounting for over 35% of all sales.
By Daniel Vaughan | Mar 2016