The Best Gets Better: More Powerful, Fuel Efficient and Technologically Advanced 2017 Accord Hybrid Launching this Spring 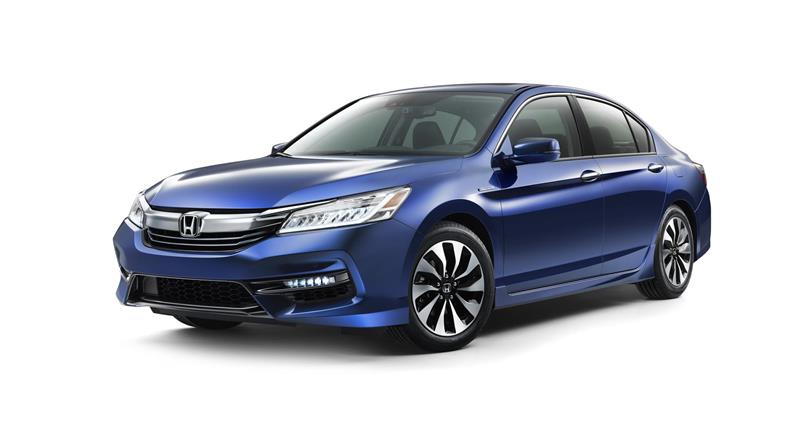 Next-generation two-motor hybrid powertrain expected to receive class-leading EPA fuel economy ratings; including 49 mpg city
•Most powerful and refined midsize hybrid sedan with 212 total combined horsepower
•Honda Sensing™ safety and driver-assistive technologies standard
•Doubled production capacity for expected sales increaseHonda will bolster its Accord lineup with the launch of the 2017 Accord Hybrid this spring, featuring a more powerful and efficient second-generation two-motor hybrid powertrain that has the highest EPA fuel economy ratings of any midsize hybrid sedan and delivers the most power. With improved production methods and supplies of hybrid components, Honda is anticipating significant growth in sales of Accord Hybrid and is targeting annual sales to be more than double its previous best of just under 14,000 vehicles in 2014.'The new Honda Accord Hybrid is the ultimate Accord – the most refined, technologically sophisticated and, of course, most fuel efficient in the lineup,' said John Mendel, Executive Vice President of the American Honda Motor Co., Inc. 'With Accord already America's most popular car three years running and the best-selling midsize car to younger buyers, we think this new hybrid model will add considerable momentum for the Honda brand.'In addition to its more powerful and fuel efficient hybrid powertrain, the 2017 Accord Hybrid carries the substantial upgrades made to the entire Accord lineup for model year 2016. This includes the latest technology Honda has to offer, including the available Display Audio with Apple CarPlay® and Android Auto™, and the Honda Sensing™ suite of advanced safety and driver-assistive technologies, to be offered as standard equipment on all new 2017 Accord Hybrids. Hybrid-exclusive design features include a special aluminum hood and wheels, blue highlighted LED headlights and taillights and 'Hybrid' exterior badging. A more compact hybrid battery pack increases trunk capacity to a midsize hybrid class-leading 13.5 cu.-ft.Combining the next generation of Honda's two-motor hybrid system with an ultra-efficient 2.0-liter i-VTEC Atkinson Cycle engine, the 2017 Accord Hybrid powertrain will achieve peak combined output of 212 horsepower, the highest of any midsize hybrid sedan and up 16 horsepower over the 2015 Accord Hybrid. EPA fuel economy ratings of 49/47/48 (city/highway/combined)1 put the Accord Hybrid at the top of the class for ratings, making it the most powerful and fuel efficient midsize hybrid sedan in America. These EPA fuel economy ratings are based on new, more stringent ratings requirements enacted by the Ú.S. EPA for the 2017 model year. Based on the new requirements, Honda estimates the 2015 Accord Hybrid ratings would be 48/45/47 (actually rated at 50/45/47 under the previous method), indicating a +1/+2/+1 increase for the 2017 model over the previous version.The Accord Hybrid's two-motor hybrid powertrain takes an elegant and innovative approach to hybrid power, eliminating the need for a conventional mechanical transmission. (posted on conceptcarz.com) The Accord Hybrid's powertrain seamlessly transitions between three operations:
•EV Drive – using its electric propulsion motor and lithium ion battery pack drives the front wheels for short distances under light loads (with the engine turned off)
•Hybrid Drive – the electric propulsion motor drives the front wheels while the gasoline engine powers a second motor/generator to supplement electrical current drawn from the battery pack
•Engine Drive – using a lock-up clutch mechanism to connect the engine and propulsion motor, the front wheels are driven by both the motor and gasoline engine.With its next-generation Advanced Compatibility Engineering™ (ACE™) body structure and Honda Sensing™ technology, the 2017 Accord is anticipated to receive the highest available crash safety rating from the Ú.S. government – a 5-Star Overall Vehicle Score from the NHTSA – and a similar top rating of TOP SAFETY PICK+ from the Insurance Institute for Highway Safety (IIHS). The 2017 Accord Hybrid will be available in three trims – Hybrid, Hybrid EX-L and Hybrid Touring – and all grades will feature increased levels of standard and available equipment. New standard features include a wide angle rearview camera, remote engine start and Honda Sensing™, which includes Collision Mitigation Braking System™ (CMBS™), Lane Keeping Assist (LKAS), Adaptive Cruise Control (ACC), Road Departure Mitigation (RDM), Lane Departure Warning (LDW) and Forward Collision Warning (FCW). Available new features on upper trims include a 7-inch Display Audio touchscreen with Android Auto™ and Apple CarPlayâ compatibility, heated rear seats, and front and rear parking sensors.The Accord has been named a Car and Driver magazine '10Best' an unprecedented 30 times and has been the most popular car in America with retail car buyers for three consecutive years.2 The Accord is on track to earn a fourth straight year as America's most popular car with sales up 12.3 percent through the first three months of 2016. Accord also is the most popular midsize car with Millennials and has been #1 with under-35-year-olds for four consecutive years and leads all other cars in America, except Honda's own Civic, in sales to under under-35 car buyers since 2010.3The 2017 Honda Accord Hybrid will make its first public appearance at the Aquarium of the Pacific in Long Beach, Calif., as part of the aquarium's Earth Day weekend celebrations on April 23-24.About Honda 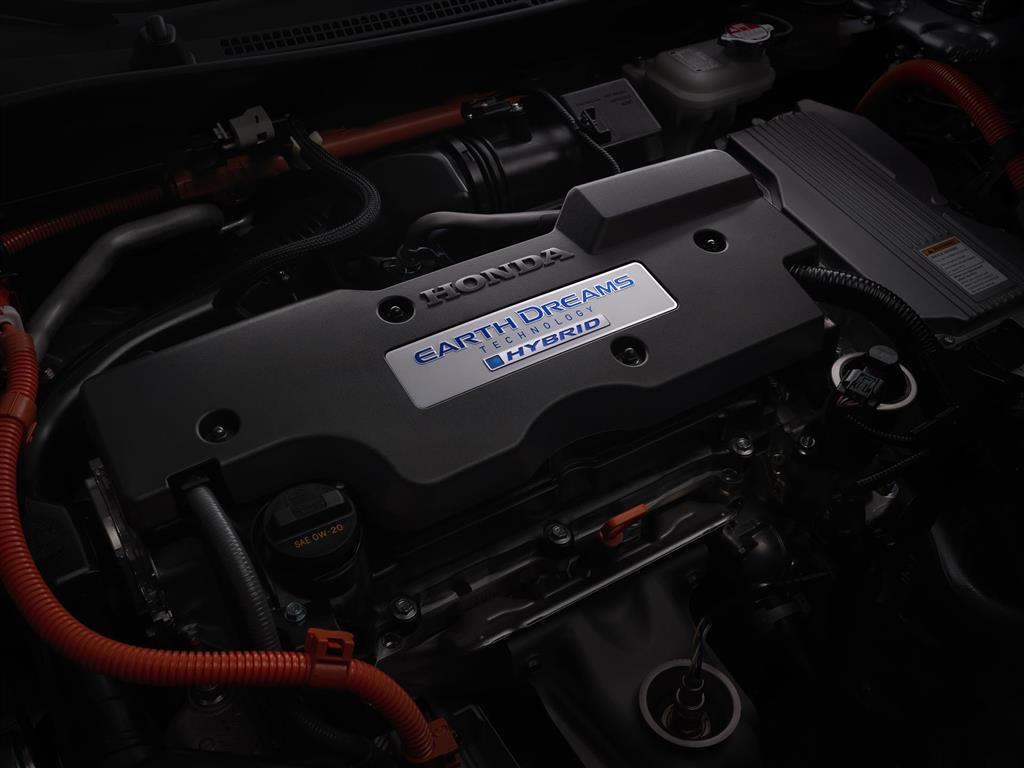 Honda offers a full line of reliable, fuel-efficient and fun-to-drive vehicles with advanced safety technologies sold through approximately 1,000 independent Ú.S. Honda dealers. The Honda lineup includes the Fit, Civic and Accord passenger cars, along with the HR-V, CR-V and Pilot sport/utility vehicles, the soon-to-be-launched Ridgeline pickup and the Odyssey minivan.Honda has been producing automobiles in America for 33 years and currently operates 18 major manufacturing facilities in North America. In 2015, more than 99 percent of all Honda vehicles sold in the Ú.S. were made in North America, using domestic and globally sourced parts.

Honda Commitment to the Environment 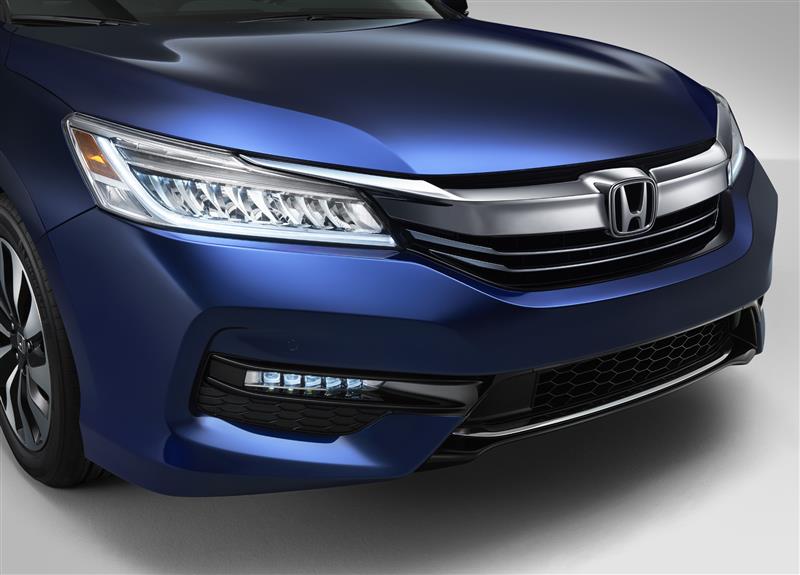 Based on its vision of 'Blue Skies for our Children,' Honda is working to advance technologies that address society's environmental and energy concerns. Honda is targeting a 50 percent reduction in its total company CO2 emissions on a global basis by 2050, compared to 2000 levels.
Honda will introduce a new 2017 Accord Hybrid and the Clarity Series of advanced alternative-fuel vehicles, beginning with the new, hydrogen-powered Clarity Fuel Cell later in 2016, followed by new Clarity Battery Electric and Clarity Plug-In in 2017, as the company strives to realize significant growth in sales of electrified vehicles.The company is also demonstrating its vision for zero-carbon mobility and living though initiatives like its Honda Smart Home ÚS, in Davis, California, which is designed to operate with half the energy use and CO2 emissions of a typical home in that region.Honda and the Aquarium of the Pacific 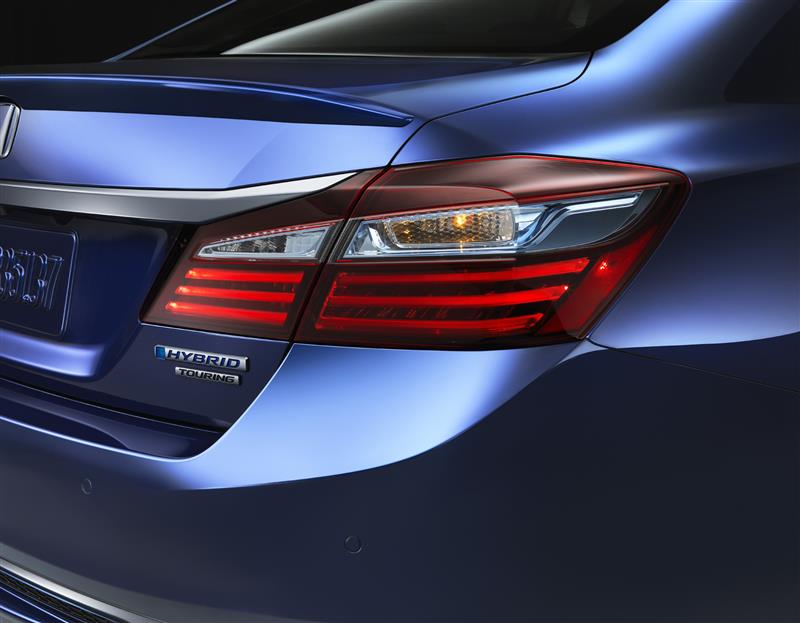 The Aquarium of the Pacific is a non-profit organization committed to 'instilling a sense of wonder, respect, and stewardship for the Pacific Ocean, its inhabitants and ecosystems' by providing engaging, entertaining, educational and empowering exhibits and programs on the Pacific Ocean and the lives of its inhabitants.As a founding sponsor of the Aquarium of the Pacific, Honda supports this world-class venue for education and environmentalism that is visited by over 200,000 school children and nearly 1.5 million visitors each year. Honda's financial donations to the Aquarium assist in its efforts for marine conservation, education and community-outreach programs. Honda's initial sponsorship consisted of the 150-seat Honda Theater. In 2012 Honda became sponsor of the 'Blue Cavern presented by Honda' where on-site daily dive educational lectures are held and explain how some of the animals in the exhibit are collected using aquarium collection boats powered by Honda marine engines.In 2016 Honda is entering into an agreement to become the title sponsor for Pacific Visions Theater, a 14,000 square foot 300-seat in the round theatrical 4D experience, due to open in 2018.Source - Honda 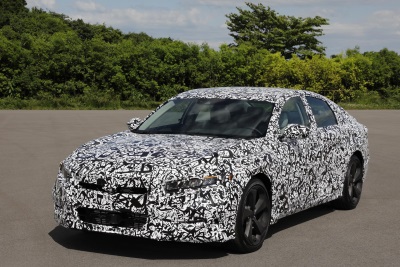 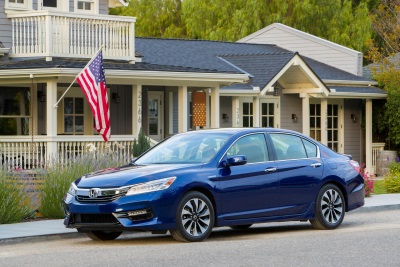 TORRANCE, Calif. – The 2017 Accord Hybrid has been recognized as one of the Kelley Blue Books 2017 10 Best Hybrid Cars Under %2440,000. Refreshed for the 2017 model year, the Accord Hybrid features the next-generation of Hondas two-motor hybrid... 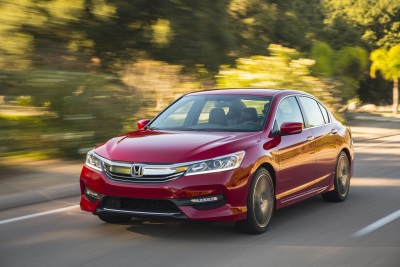 Jan 23, 2017 - TORRANCE, Calif. Good Housekeeping has announced the winners of their Best New Car Awards for 2017, and the 2017 Honda Accord Sport was named as the Best Sedan. The winners appear in the February issue, on newsstands now. The Good Housekeeping... 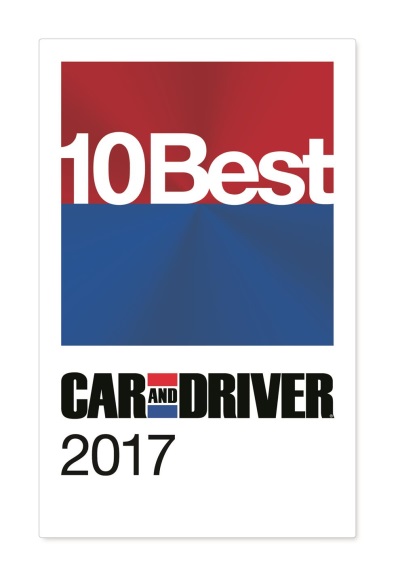 Nov 16, 2016 TORRANCE, Calif. – The Honda Accord has won an unprecedented thirty-first Car and Driver 10Best award. Accord has earned the 10Best recognition more times than any other car over the 35-year history of the award. For the 2016 model... 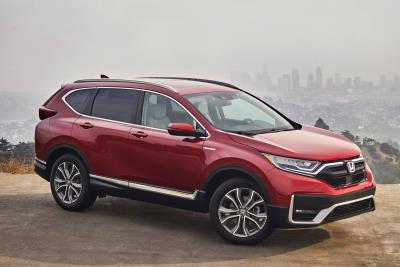 2020 Honda CR-V Hybrid Arriving At Dealerships As The Most Powerful, Refined And Fuel-Efficient CR-V Yet 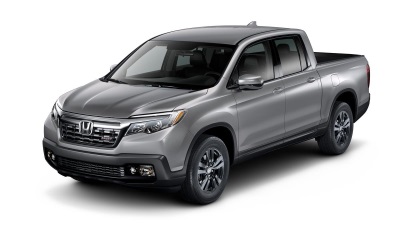