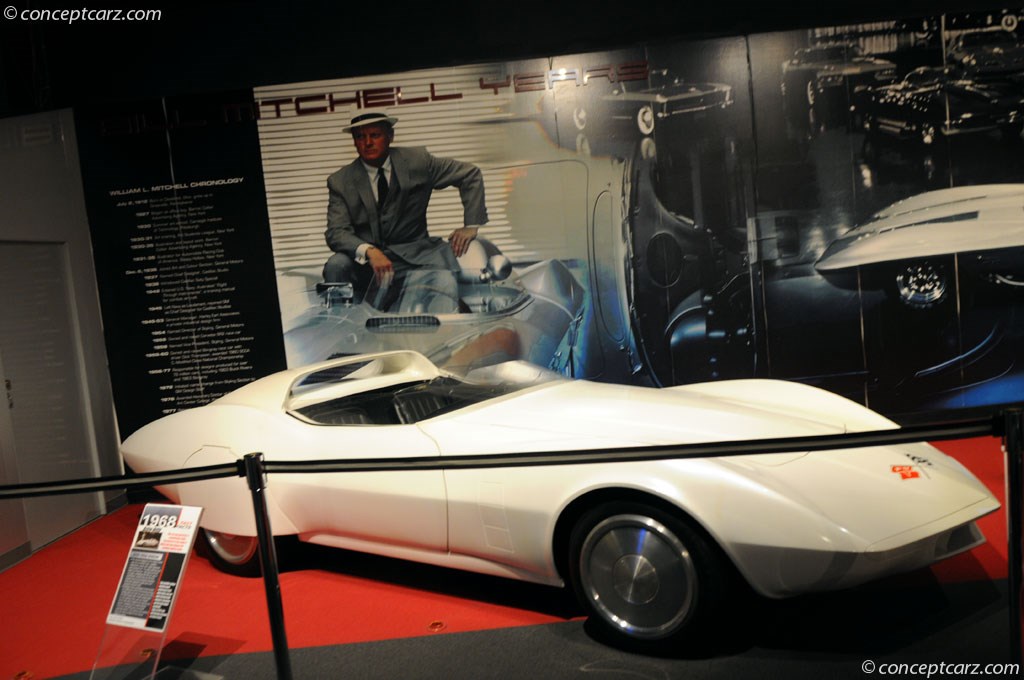 The Chevrolet Astro-Vette was part of an aerodynamic study to determine how slippery the Corvette could become. It was given an extended nose, roadster windshield, closed rear wheel openings and extended tail. The grille opening was kept to a minimum. The long hood has no bulge, indicating that the car was a small block. Scribe lines on the front fenders were to be pressure actuated flaps that opened if under the hood pressure was too high. Designers took advantage of the B-pillar by crafting an airfoil to minimize air drag. Taking cues from the hot cars of the 1930s, the AstroVette had smooth wheel disks on very narrow tires, and rear fender skirts that were hinged at the top for tire access. Designers even added partial front and rear belly pans to smooth underside airflows. The interior was medium blue and stock except for the racing steering wheels.

Two notable styling features were picked up in 1973, when most cars got huge chrome front bumpers, Corvettes got the Astro-Vette treatment. Then, in 1974, the tail end was restyled a la Astro-Vette.

The Astro-Vette was based on a production 1968 Corvette. The exterior paint was pearlescent white, which helped it earn the nickname 'Moby Dick.' The car was not very popular at first, and was often shown at 'secondary' show car circuits before it was put in storage. At some point of its existence, the car was re-painted orange. In 1992, it was restored to original show car specifications. 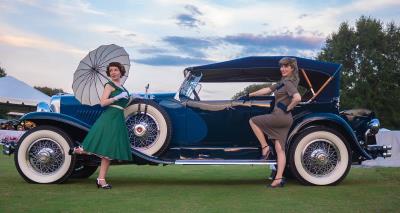 Downtown Atlantas Tyler Perry Studios will be the site of Nearly 180 Outstanding Vehicles on their Historic Parade Field ATLANTA – September 26, 2019 – As the Atlanta Concours dElegance...
© 1998-2020. All rights reserved. The material may not be published, broadcast, rewritten, or redistributed.