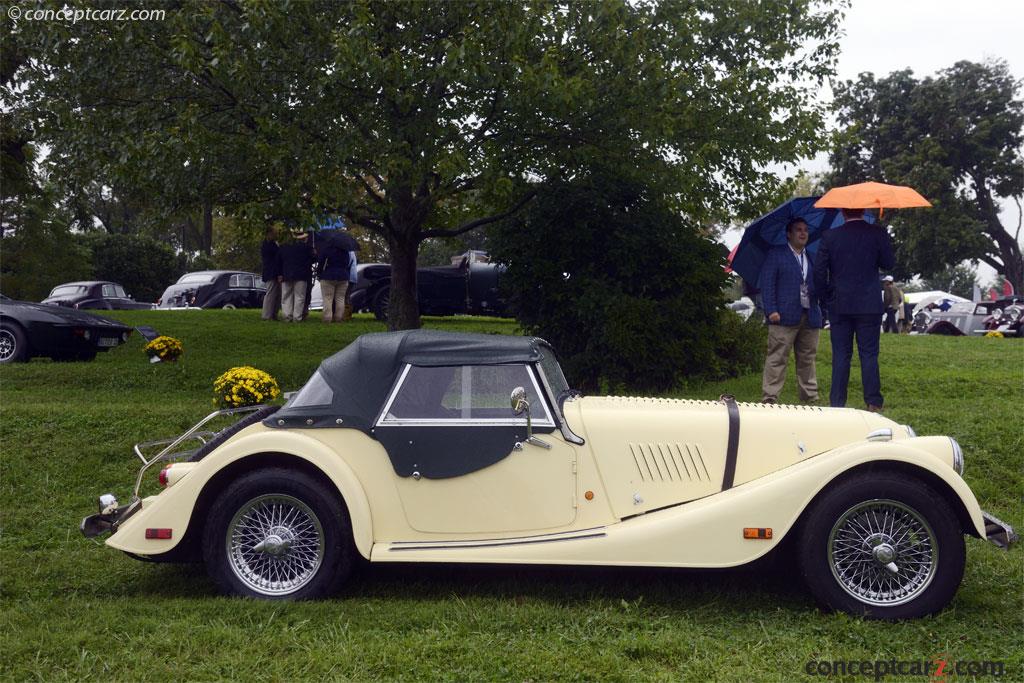 The Morgan Plus 8 was produced from 1968 through 2004 with a total of 3506 examples being produced. During that very long production lifespan, very little changed. An eight-cylinder engine was used though horsepower varied. From 1972 through 1977 the 215 cubic-inch unit produced around 150 horsepower. In 1977 the same engine was used but received minor upgrades with increased horsepower slightly. By 1985 horsepower had risen to nearly 200. Disc brakes could be found in the front and drums in the rear. Top speed was around 125-130 mph.
By Daniel Vaughan | Nov 2006Producing vehicles the old fashioned way for years, the Morgan Motor Company of Malvern, Warwickshire has a lengthy history of producing vehicles that are legendary.
Introduced in 1968, the Morgan Plus 8 was well recognized and famous for well over 36 years. Produced until 2004, this iconic sports car was constructed by British automobile makers Morgan.

The Plus 8 was built out of necessity to replace the Plus 4 when its Triumph-sourced engine was discontinued. Featuring everything Morgan, but at a much higher velocity, the Plus 8 came with a V-8 that had the same all-aluminum pushrod design that was born at Buick and adopted by Rover. The Plus 8 was based on the chassis design of the Morgan Plus 4, with the addition of the Rover alloy block 3.5L V8. The V8 had been purchased from GM-Buick in 1967. At a width of 57 inches, the original Plus 8 introduced in 1968, the chassis and wings were developed in stages to accommodate larger tires that could handle the power.

The Morgan Plus 8 was very expensive, mainly due to the demand of parts far exceeds supply. The construction was made up of old-world, wooden underbody pieces, while the body featured alloy wheels, a wider track than the Plus 4, and a two-inch wheel-base stretch. The Plus 8 had super-responsive handling and an ‘old-time driving feel' and a
plush interior. The power produced from the Morgan Plus 8 was nearly 50 percent more than the Plus 4, and it was also heavier. Featuring a top speed of 130 mph, thus Plus 8 drove fabulously at 80mph.

The Plus 8 came with an engine that had been based on the Buick 215 and utilized the same as in the 1961-1963 Buick Skylark, Pontiac Tempest and Olds Cutlass. The engine was an all alloy block. The earliest Plus 8's used the 215 block that had a compression of 10.5:1 that was fueled by two SU HS6 carbs.

An all new EFI version was introduced at the end of 1983 that used a Bosch L-Jetronic based system. The EFI version came with additional power, 204 bhp, and had a very low weight. Using a Hitachi Hotwire injection system, a 3.9 L version of the block was used in 1990. Six years later an all-new 4.6 L version was brought into production and was available as an option, while still using the Hotwire system. By 2000 all Morgan Plus 8's were powered by the GEMS system, the same that was used on the Land Rover Discovery II.By Jessica Donaldson

Total 1971 Morgan Plus 8 production: 0
© 1998-2020. All rights reserved. The material may not be published, broadcast, rewritten, or redistributed.