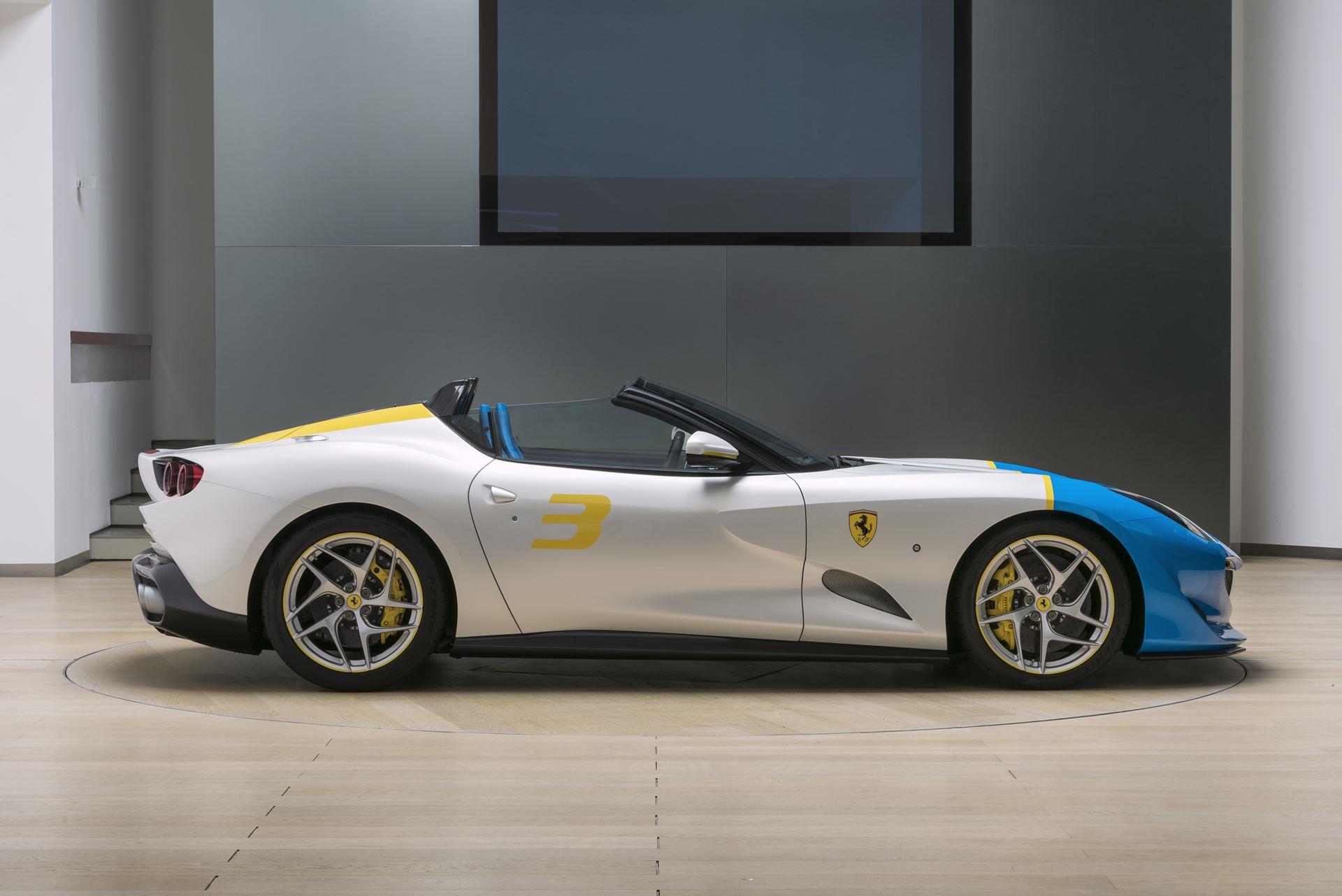 Maranello, 28 November 2018 – The latest Ferrari one-off project, the SP3JC, has been officially consigned to its owner. Designed by the Ferrari Styling Centre, the SP3JC was commissioned by a Ferrari client and collector whose brief set out to create a pure, uncompromising roadster using the chassis and running gear of the F12tdf.

The sole one-off car to be commissioned on this limited-series special, the SP3JC is the maximum expression of open-air motoring, harking back to Ferrari's epic V12-engined spiders of the 1950s and '60s. The striking one-off makes an important and individual styling statement and represents the outcome of over two years of intense work, with close involvement from the client throughout the process.

The SP3JC features a very muscular stance with dynamic sculpturing on the flanks designed to emphasise the front-engine layout, a distinctive air intake outline at the front, and a dramatic rear fascia with horizontal slashes contributing to a wider stance. 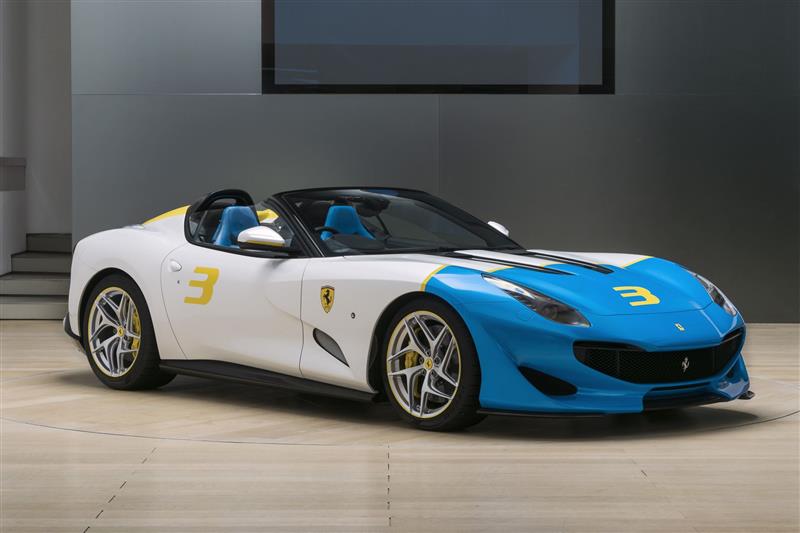 The client's passion for Pop Art is reflected in the strong graphics, and the unique combination of the Azzurro Met and Giallo Modena livery over the main Bianco Italia colour scheme underlines the car's sensual volumes.

The sporting theme is reinforced by specific detailing such as split glass inserts on the bonnet to show off the 780cv V12 engine, a flying bridge between the fairings of the integral carbon-fibre roll hoops and a brushed aluminium external fuel filler cap.

The seats are trimmed in blue leather with a white insert. The blue leather extends to the lower dashboard and the colour is picked up in the contrasting stitching to the rest of the interior trim.Source - Ferrari North Europe