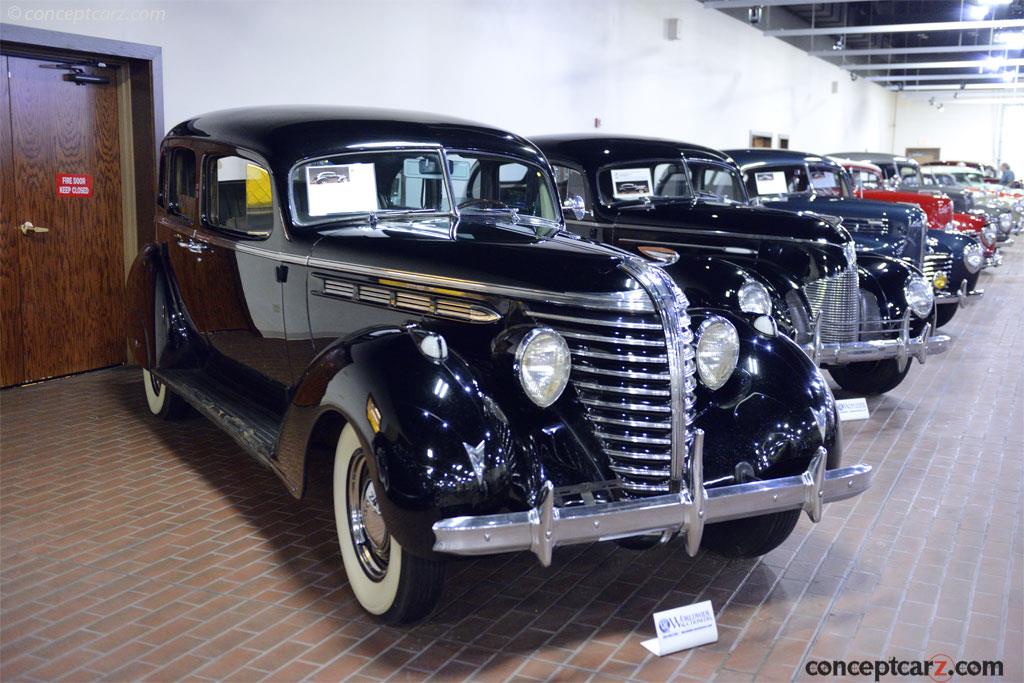 Hudson had introduced a junior Essex-Terraplane line in the early 1930s (becoming simply the Terraplane in 1934). By the late 1930s, the Hudson and Terraplane lines were nearly identical, with badging and a few minor detail differences distinguishing the two brands. For 1938, the Hudson Motor Car Company continued to work towards retiring its successful Terraplane marque by introducing the more affordable, six-cylinder Hudson Series 112 as its entry-level offering.

The Hudson 112 would prove to be rather successful in its introductory year, with strong sales and setting numerous stock-class speed records including a 12-day, 20,327 mile run averaging 70.58 mph. It was also selected as the pace car for the 1938 Indianapolis 500.

For 1938, Hudson offered five series (two sixes and three eights), along with a vast array of body styles. All 1938 Hudson models received a new grille with enlarged horizontal bars that were divided by a single vertical bar in the middle.

The Hudson Series 87 Custom Eight Country Club was available as a sedan and touring sedan. Pricing for the sedan was $1,200 while the touring sedan cost an additional $20. Power was from an L-head eight-cylinder unit displacing 254 cubic-inches and offering 122 horsepower.

Hudson made 51,078 shipments to its dealers for 1938. This was a dramatic increase of the nearly 20,000 shipments made the previous year.
by Daniel Vaughan | Feb 2019
Vehicle Profiles

This Hudson Series 87 Country Club 8 Touring Sedan was acquired by the Hostetler Collection in 2006. It was the most expensive vehicle in the 1938 Hudson lineup, with its $1,220 base price. The Touring Sedan featured the 'bustle back' or 'bubble' tru....[continue reading]