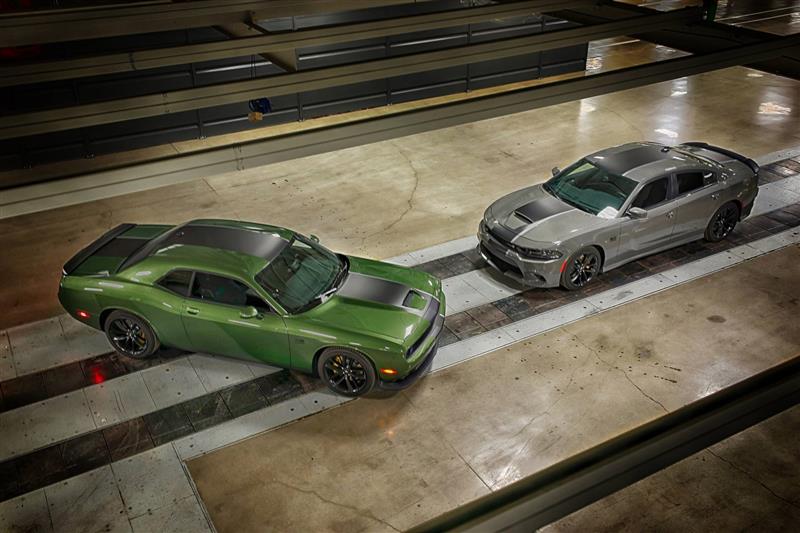 •New Stars & Stripes Edition, designed to celebrate the men and women who serve our country, adds military-inspired touches to select Challenger and Charger models
•Dodge has the highest percentage of active military buyers in the industry, with Challenger and Charger having the highest percentage of active military buyers in their respective segments, according to an industry study by mTAB of New Vehicle Customer Studies
•The Stars & Stripes Edition will be available for dealers to order starting in May, with a Ú.S. Manufacturer's Suggested Retail Price (MSRP) of $1,995; vehicles are scheduled to arrive in dealerships this summer
•FCA ÚS LLC offers a $500 cash allowance to eligible consumers through its 'Honoring Those Who Serve' program
•Another factory-custom look, available for the first time on Charger SRT Hellcat, is the Painted Satin Black Appearance Package – a hand-painted Satin Black hood, roof, decklid and spoiler – now available with a Ú.S. MSRP of $3,495
•The Brass Monkey Appearance Package, previously only available on SRT variants, is now available on additional Challenger and Charger models with a Ú.S. MSRP of $795

April 11, 2019 , Auburn Hills, Mich. - Dodge, America's performance brand, is celebrating the men and women of the Ú.S. armed forces by introducing the Stars & Stripes Edition on select Challenger and Charger models. The all-new package will be on display at the 2019 New York International Auto Show.

'Dodge is known for delivering custom looks straight from the factory. We also have a strong following of buyers who are in the military, as well as many buyers who are patriotic,' said Steve Beahm, Head of Passenger Car Brands - Dodge, SRT, Chrysler and FIAT, FCA - North America and Head of Parts & Service (Mopar), FCA - North America. 'The Stars & Stripes Edition is an opportunity to deliver a custom look with unique elements that speak to those performance enthusiasts who want to extend their passion for their country to the Charger and Challenger.'

Military Discounts
The 'Honoring Those Who Serve' program through FCA ÚS LLC provides a special offer to active military, active military reserve, retired military, retired military reserve or honorably discharged veterans within 12 months of discharged date. Eligible customers may receive up to $500 in Military bonus cash. The offer applies to purchases and leases on select 2018 and 2019 vehicles.

Painted Satin Black Appearance Package on Charger SRT Hellcat
Dodge//SRT continues to answer enthusiast demand by offering even more customization straight from the factory. A Painted Satin Black Appearance Package is now available on the Charger SRT Hellcat for the first time, giving the quickest, fastest and most-powerful sedan in the world an even more aggressive look.

The Satin Black hood, roof, decklid and spoiler are all hand-painted surfaces, giving performance enthusiasts a custom look, straight from the factory. The Satin Black hood is a nod back to racing heritage as racecar drivers would paint their hoods black to help reduce glare. Dodge//SRT builds on that unique appearance with the addition of the roof, decklid and spoiler to look even more sinister.

The Painted Satin Black Appearance Package is currently available for dealer orders with a Ú.S. MSRP of $3,495.

The Brass Monkey Appearance Package opens for dealer orders in May with a Ú.S. MSRP of $795.

For more than 100 years, the Dodge brand has carried on the spirit of brothers John and Horace Dodge, who founded the brand in 1914. Their influence continues today. New for 2019, the Dodge Challenger SRT Hellcat Redeye is possessed by the Demon. Its 797-horsepower supercharged HEMI® high-output engine makes it the most powerful, quickest and fastest muscle car reaching 0-60 miles per hour (mph) in 3.4 seconds and the fastest GT production car with a ¼-mile elapsed time (ET) of 10.8 seconds at 131 mph. It also reaches a new top speed of 203 mph. Joining the Challenger SRT Hellcat Redeye is the 2019 Dodge Challenger SRT Hellcat with its more powerful 717-horsepower engine, the Challenger R/T Scat Pack Widebody, which features fender flares from the SRT Hellcat Widebody and adds 3.5 inches of width to Scat Pack's footprint, as well as and the new Challenger R/T Scat Pack 1320. Infused with exclusive drag strip technology from the iconic Dodge Challenger SRT Demon, the Challenger R/T Scat Pack 1320 is a drag-oriented, street-legal muscle car and a blank canvas for the serious grassroots drag racer. The 2019 Dodge Durango SRT, America's fastest, most powerful and most capable three-row SÚV with a best-in-class tow rating of 8,700 lbs. fills out the brands' performance lineup. These visceral performance models join a 2019 brand lineup that includes the Durango, Grand Caravan, Journey, Charger and Challenger — a showroom that offers performance at every price point.Source - Dodge 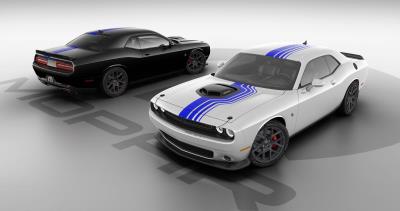 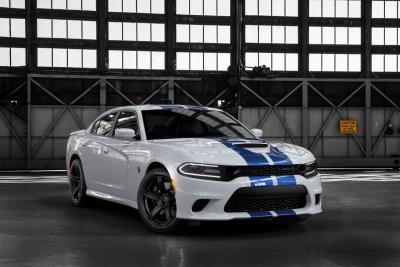 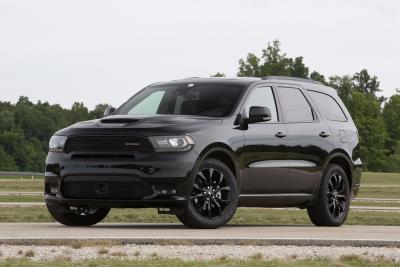 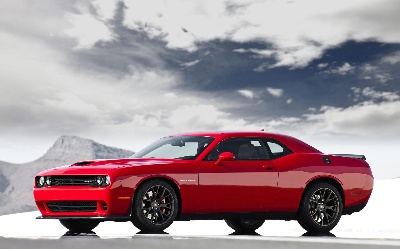