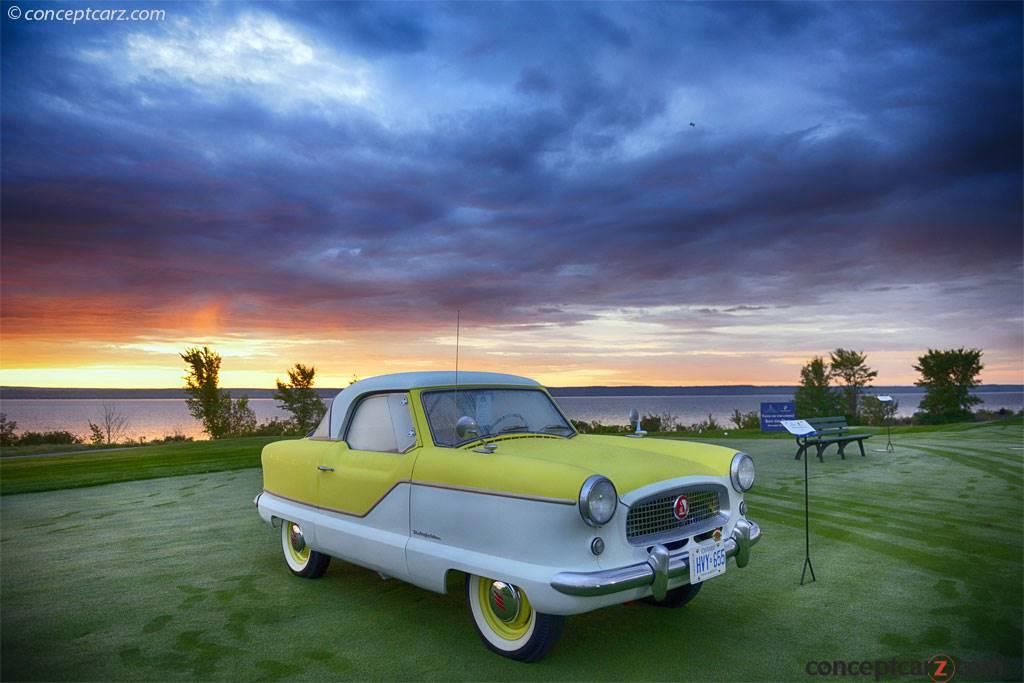 George W. Mason, Nash's president, was familiar with the transatlantic co-operation, teaming up with Donald Healey to produce the Nash-Healey sports car and with Austin. In similar fashion, the Metropolitan was assembled at Longbridge for the American concern. Since Nash's factories were not configured to build cars of the Metropolitan's size, Mason's solution was collaboration with a European manufacturer. Additional, Nash did not have a suitable engine or transmission. During the 1950s, most American manufacturers were becoming bigger and bigger. Nash/Hudson went in a different direction. Following the well-received concept car called the NXI, along with other prototype and concept vehicles, Nash felt a smaller product would distinguish them from the over-populated mid- and large-car market that included GM, Chrysler and Ford. The NXI was put into production in 1953, and starting in 1954, the car would be marketed as the Metropolitan. This would be the first car designed by an American company and manufactured overseas for the United States. The sales of the Metropolitan counted against England's war debt to the United States. Although there was not a lot of competition in the small car market, Nash/Hudson was not alone, with European manufacturers such as Fiat providing competition. The Metropolitan was luxurious and well-appointed, with options that included an AM radio and electric windshield wipers.
The Metropolitan was marketed under its own name in the UK and as either a Nash or Hudson in the USA. (Hudson had merged with the Nash-Kelvinator Corporation to form American Motors Corporation (AMC) in May of 1954).
The Metropolitan was built as either a two-door coupe or convertible, and often finished in two-tone colour schemes. Most of the mechanical parts were sourced from the BMC parts bin, and its running gear was shared with the contemporary Austin A30/A40. The engine first used was Austin's 1,200cc A-series unit. The 1,489cc B-Series became standardized from mid-1956. A three-speed gearbox with column change was the only transmission on offer. With the introduction of the '1500' model, the Metropolitan also came with extensive restyling, including the loss of its bonnet air intake and the addition of a new front grille. From April 1957, the car was available in right-hand drive form on the United Kingdom market. By the time production ceased in 1961 a total of 104,377 Metropolitans of all types had been built.
By Daniel Vaughan | Sep 2019

The Nash Metropolitan was produced from 1954 through 1962. In 1954 the Nash-Kelvinator Corporation merged with Hudson Motor Car Company to form the American Motors Corporation (AMC). It was the largest corporate merger in the United States history up to that point. When most other automobile manufacturers of the time were creating large automobiles, the Nash Motor Company set out to produce....
Continue Reading >>