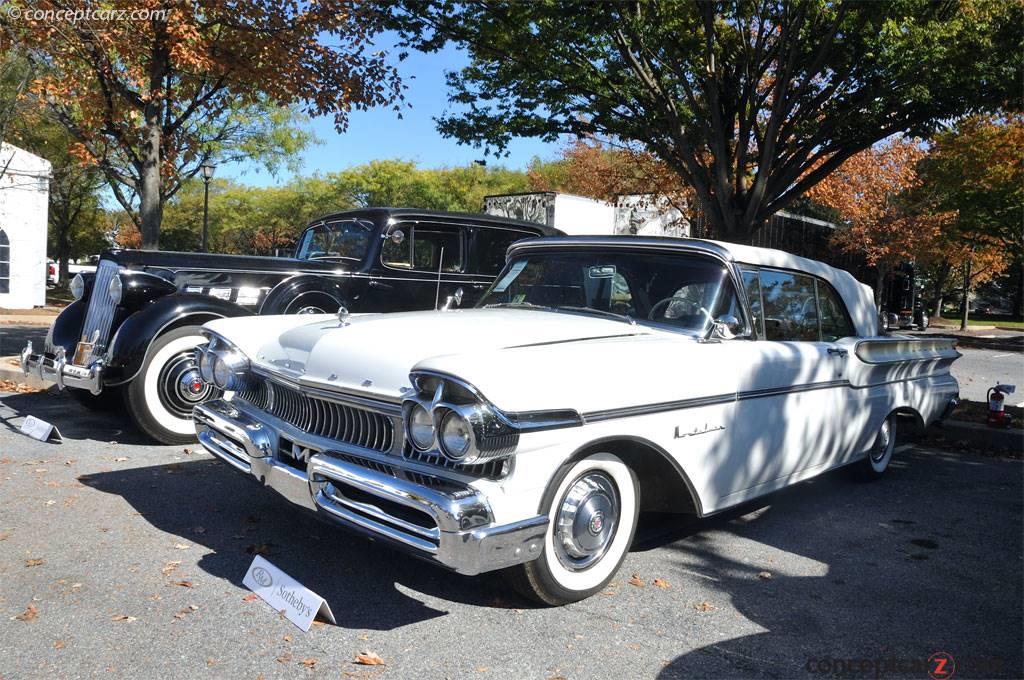 The Mercury Division of the Ford Motor Company produced the Montclair from 1955 to 1957. Its styling and design was sourced from the Mercury XM-800 concept car of 1954. When introduced, the Montclair was Mercury's premium automobile, although by the close of production (in 1957), the Turnpike Cruiser would surpass the Montclair, and the Montclair would become the company's mid-range vehicle.

The 1957 Mercury Montclair was powered by an overhead-valve V8 displacing 312 cubic-inches and offering 255 horsepower. An automatic transmission was standard, and a 368 CID V8 offering 290 horsepower was optional, as was the M-335 power package which added a two four-barrel carburetor to the 368 engine, boosting horsepower to 335 bhp.

The Mercury Montclair was offered as a four-door hardtop sedan, sedan, hardtop coupe, and convertible. The most popular was the hardtop coupe which found 30,111 buyers willing to spend the factory price of $3,240. The hardtop sedan was also popular with 21,156 examples produced. The convertible was the most exclusive with 4,248 examples built. The convertibles had a Plexiglas wraparound rear window and a base price of $3,430.

Along with the Montclair nameplate, distinguishable features included the chrome headlight rims, and an emblem on the rear area of the hardtops and sedans.

The top of the Mercury line in 1956, the full-size Mercury Montclair was created under the Mercury Marque. The Montclair was introduced to be included in Mercurys premium automobile line. Though not much evidence exists to support this, the name is believed to have been derived from an upper class community of Montclair located in New Jersey. With a distinct design feature that set it apart....
Continue Reading >>

This Mercury Montclair Convertible was acquired by Mark Thomas from a collector in Virginia Beach, Virginia. It had been restored to showroom condition by its previous owners and remains in excellent condition. It is finished in classic white with a ....[continue reading]